NICHOLASVILLE, Ky. (WTVQ) – An Ohio woman is accused of causing a wreck in Nicholasville that left a sheriff’s deputy injured.

According to the Nicholasville Police Department, several witnesses reported seeing a car driving recklessly then run a red light at the intersection of Maple and Main Street in Nicholasville Tuesday afternoon.

The driver slammed into a Jessamine County Sheriff’s deputy’s cruiser then hit a building.

According to police, there was a woman inside the building at the time of the wreck and debris from the building fell near the desk where she was sitting.

She was not injured.

She is charged with two counts of wanton endangerment (one involving a police officer), operating a motor vehicle while under the influence of alcohol or drugs, reckless driving, disregarding a traffic signal, and failure to have a driver’s license. 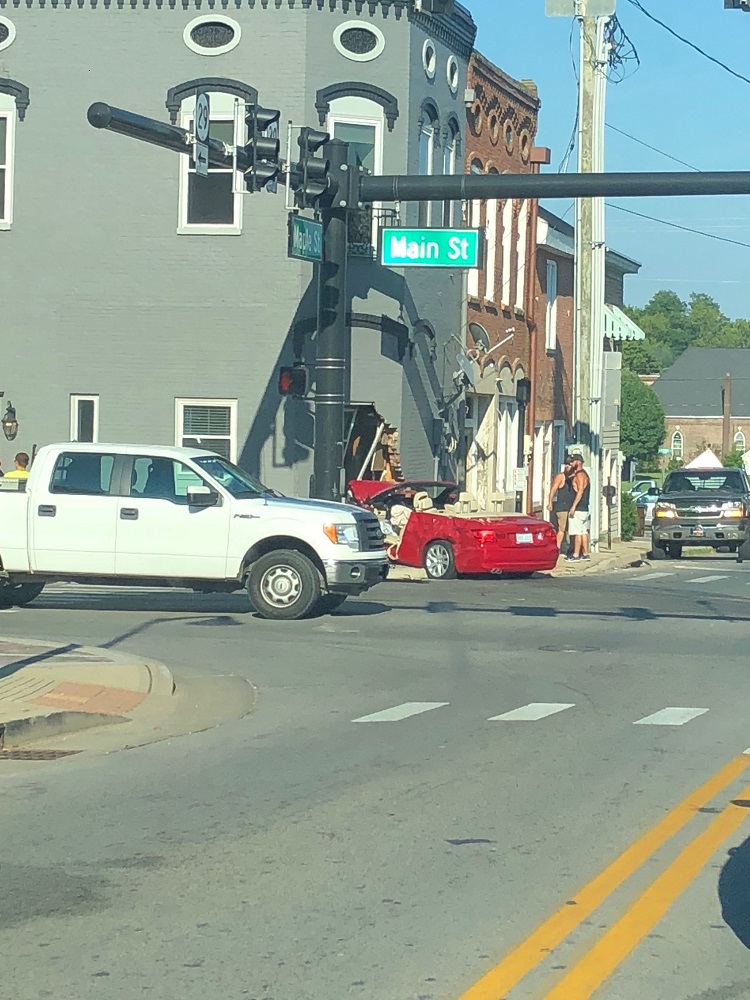 Robin Marie Terry, of Cincinnati, Ohio, is accused of running a red light, hitting a deputy’s cruiser then a building.