NICHOLASVILLE, Ky. (WTVQ) – The Nicholasville Police Department says one of their own was involved in an accident Tuesday.

The two-vehicle crash happened on U.S. 27 near Edgewood Drive at around 3 p.m.

According to the Nicholasville Police Department, an officer in a police vehicle ran a red light and hit a minivan.

The department says the officer did not have his emergency lights on when he went through the red light.

The injuries were minor, according to police. 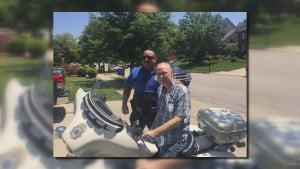 Not guilty plea entered for man in fatal home invasion