LEXINGTON, Ky. (WTVQ) – Transylvania University will be improving campus safety through the addition of state-of-the-art technology.

The signals will be very helpful at dusk and night when motorists may have a difficult time seeing pedestrians.

“These crosswalk improvements will enhance the safety not only of our students, faculty and staff, but also of motorists traveling along North Broadway,” President Seamus Carey said. “We appreciate the state Transportation Cabinet’s assistance in making these upgrades a reality.”

They say the Kentucky Transportation Cabinet manages improvements to North Broadway, which is U.S. Route 27/68 through Lexington. The university, along with local and state transportation officials, explored numerous alternatives before deciding on the beacons. The solar-powered devices are similar to ones installed a few years ago in front of the Transportation Cabinet building in Frankfort.

Additional safety enhancements to the Transylvania crosswalk include reducing the width of the crossing to a standard size, reconfiguring the sidewalks on both sides of Broadway to direct pedestrians to use the crosswalk and new signage.

Also, the university is permanently closing a semicircular roadway and parking lot in front of the newly-renovated Carpenter Academic Center, formerly the Haupt Humanities building. Transylvania will install brick pavers in front of Carpenter to create a walkway, which will still provide access to campus for emergency vehicles.

The closure is part of the university’s master plan, which calls for the eventual elimination of surface lot parking within the main campus block bounded by North Broadway, West Third, North Upper and West Fourth streets. 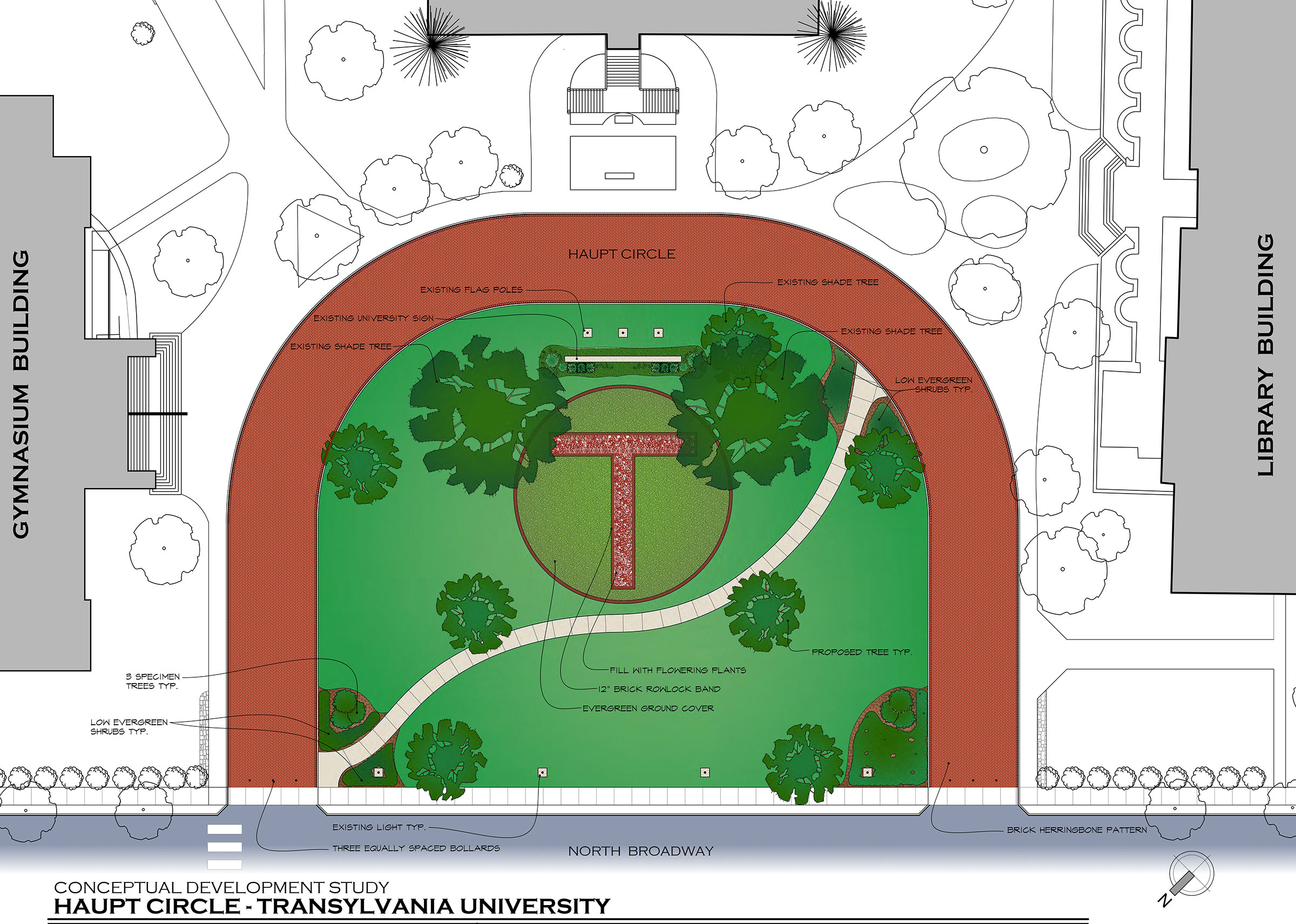