‘May’ is a ESD, electronic storage device, Detective K9 and is the first of her kind in the state. 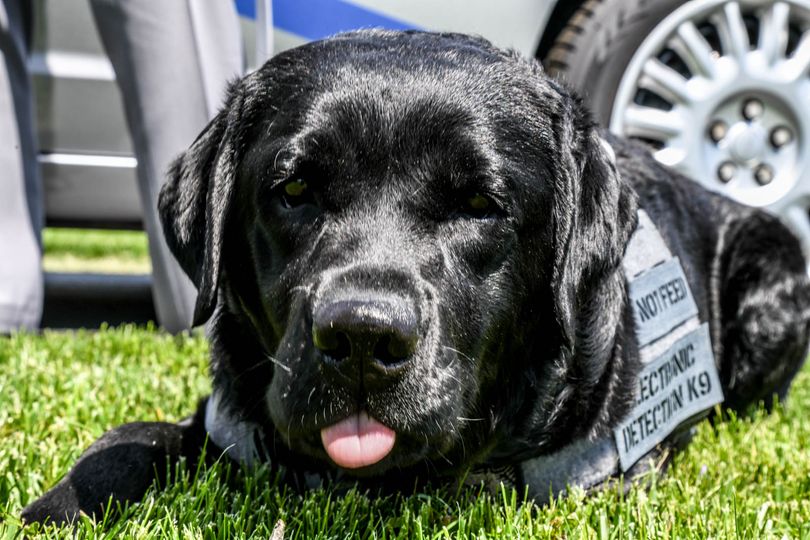 She works in the Electronic Crimes Branch with her handler Detective Leslie Strong to help smell and locate storage devices like USBs, hard drives or smart phones. All the types of items that could store suspected child pornography.

In less than two months on the job, May has already assisted on four search warrants, saving investigators hours looking for evidence.

“It is an absolute blessing to have May, join our team,” Lieutenant Mike Bowling, commander of the Electronic Crimes Branch said.

She is also a comfort dog and can help bridge the gap between KSP investigators and children involved in various sex crimes.

During one of the four searches, there was a child there involved, May stepped in to help.

“That was a phenomenal, phenomenal, words can’t even explain the impact that May had on that investigation,” Lt. Bowling said.

And as non-policing Labradors generally do, her emotional support extends to her handler and the entire KSP force.

“This is awesome. I mean that’s the only way to describe it really it’s like I said I get paid to hang out with my best friend all day,” Detective Leslie Strong said.

Strong says she’s already formed a bond with her.

While May is the first of her kind in Kentucky she is also only one of 51 detective dogs trained like her in the whole country.

Lt. Bowling says he hopes overtime they can add more to the force.