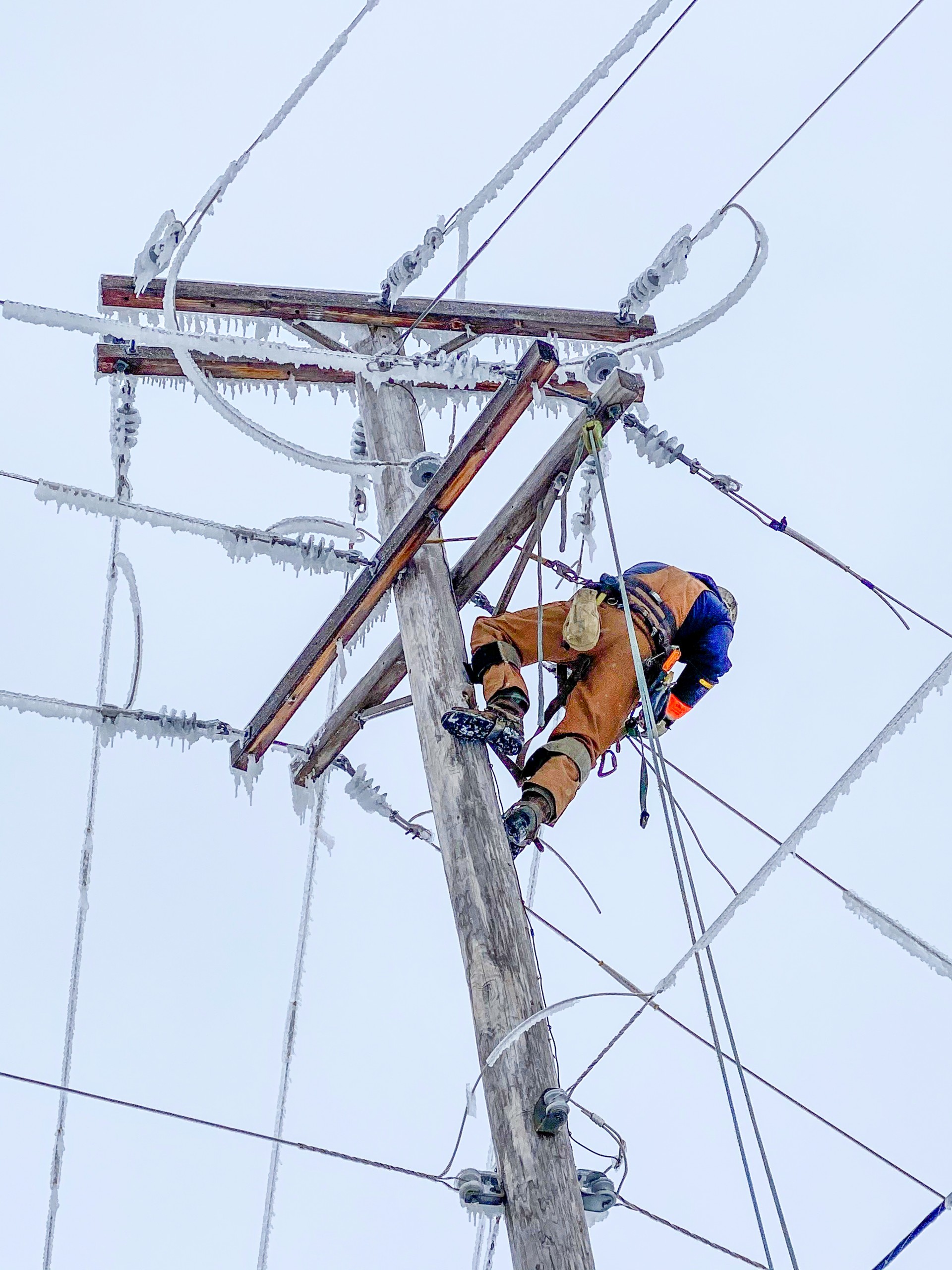 Often line mechanics have to physically climb poles to make repairs as seen here in the Hazard area during the February ice storm.

Kentucky Power as a recipient of EEI’s Emergency Response Award for the response to the February ice storm that left 59,000 customers without power.

The winners were chosen by a panel of judges following an international nomination process, and the awards were presented during EEI’s virtual Board of Directors meeting.

“Many EEI member companies experienced historic storms and other significant weather-related events in recent months that left customers without power,” said EEI President Tom Kuhn. “Mutual assistance is a hallmark of our industry and is critical to ensuring a safe and efficient restoration. Crews worked around the clock and often in the most dangerous of conditions to assess damage and to restore power safely and as quickly as possible. They did all of this during a global pandemic.

“Kentucky Power and its employees went above and beyond for the customers and the communities impacted by the February Ice Storm and they are exceptionally deserving of this outstanding award.”

“We had more than 2,000 personnel working on restoration for this storm and it took every one of them to make thousands of repairs to damage caused mostly by ice,” said Brett Mattison, president and chief operating officer-Kentucky Power. “Our teams worked tirelessly day and night to get every customer restored. We cannot say enough about them, but also the same for our customers for the resilience and patience they exhibited throughout the recovery.”

Kentucky Power is an operating company in the American Electric Power (AEP) system.

AEP also is one of the nation’s largest electricity producers with approximately 33,000 megawatts of diverse generating capacity, including 4,200 megawatts of renewable energy.

EEI is the association that represents all U.S. investor-owned electric companies.