The board also re-elected Eric Howard as chair, Sanford Holbrook as vice chair, Jacqueline Graves as secretary and Mary Fister-Tucker was 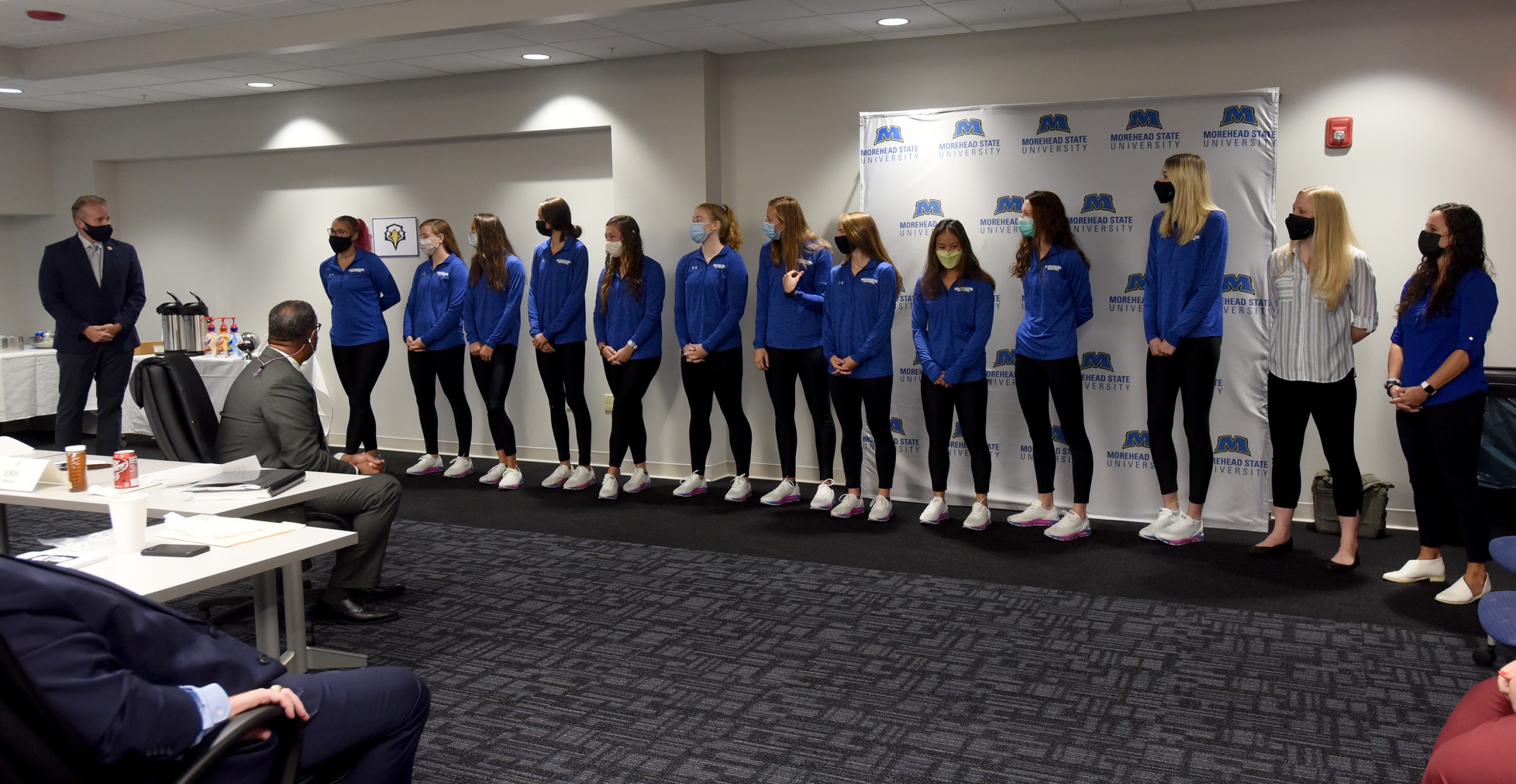 MSU Athletic Director and Volleyball Coach Jaime Gordon and the Eagle Volleyball team were recognized for their championship season by the board.

The board also accepted the recommendation from the audit committee to revise the University’s debt policy and approved the revisions based on utilizing Moody’s Higher Education Scorecard.

In other action, the board also approved:

— Revisions to the Student Conduct Code

During the meeting, Morehead State Athletic Director and Volleyball Coach Jaime Gordon gave an overview of MSU’s athletic programs. Members of the volleyball team along with Coach Preston Spradlin’s men’s basketball team were recognized for their OVC Championships last season and appearances in the NCAA Tournament.