“Homecoming 2021 was an amazing gathering of Eagles on a perfect weekend,” said Mindy Highley (Class of 1991, 1993), assistant vice president for alumni relations and development. “Alumni returned to reminisce about their time on campus and to connect with today’s students. Each year at this time, thousands of people come back home to Morehead State and prove true the saying ‘Once an Eagle, Always an Eagle.'”

Several organizations and groups held reunions during Homecoming Weekend, including the Class of 1970 and 1971 50th Year Reunions and the African American Alumni Reunion.

On Friday, Oct. 15, MSU held a virtual event with its Memorial Brick Ceremony to honor faculty and staff that passed away during the last year. That evening, there was also a Homecoming Kickoff Celebration at the Adron Doran University Center (ADUC).

The day’s activities concluded with the Homecoming Alumni Awards Presentation at Button Auditorium, where MSU alumni and friends honored the 2021 Founders Award for University Service and 2020 and 2021 Alumni Award recipients.

The MSU Homecoming Parade brought out alumni, students, faculty, staff and the community as it made its way through Main Street in downtown Morehead the morning of Saturday, Oct. 16.

Later that afternoon, the MSU Eagle football team defeated Butler with a final score of 31-8.

Watch our MSU Homecoming 2021 YouTube playlist with highlights of the events and features on award recipients at https://youtube.com/playlist?list=PLk2q0CCu6vKGD2A39adaF5MCHRL7p10gQ.

MOREHEAD, Ky. (WTVQ/MSU Public Relations) – During MSU’s 2021 Homecoming Weekend, Oct. 15 and 16, the MSU Alumni Association will honor its nominees for the 2020 and 2021 Alumni Hall of Fame and the 2021 recipient of the Founders Award for University Service.

“We are honored to recognize this elite class of MSU alumni,” said Mindy Highley (Class of 1991, 1993), assistant vice president for the Office of Alumni Relations and Development and executive vice president of the MSU Alumni Association. “We are proud of their successes, and we look forward to sharing their stories as part of our Homecoming celebration.”

Alumni and friends are invited to attend the Homecoming Alumni Awards Presentation at 7 p.m. Friday, October 15, in Button Auditorium. The event is free and open to the public.

Established by the MSU Board of Regents in 1978, the Founders Award for University Service recognizes individuals who have given superior service to Morehead State University throughout their time as a University employee or volunteer. 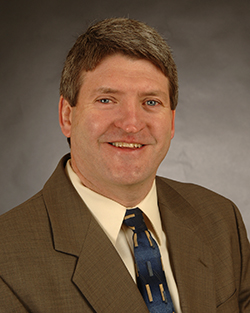 A native of Dayton, Ohio, Albert is a two-time graduate of MSU who earned a bachelor’s degree in English in 1984 and a Master of Business Administration in 1985. He completed his Ph.D. degree in finance from the University of Cincinnati in 1992. Albert joined MSU’s faculty in 1995 to teach courses in finance. He served as interim dean for one year before being named dean of the College of Business in July 1999. As dean, he helped lead efforts for the official naming of the college as the Elmer R. Smith College of Business and Technology.

During his tenure at MSU, Albert served as chair of the Intercollegiate Athletics Committee, the president of the Morehead-Rowan County Chamber of Commerce, chair of NewCity Morehead, and president for the Southern Business Administration Association.

In Albert’s last administrative role with MSU, he served as interim provost and vice president for academic affairs from July 1, 2018, until his retirement on June 30, 2020. Albert provided leadership during one of the institution’s most difficult periods addressing the challenges of COVID-19 and the pivot to online instruction in Spring 2020.

The Alumni Hall of Fame recognizes individuals who have achieved excellence in their profession, community service, or education at the local, state, or national level. Alumni must have graduated from Morehead State University 10 years prior. 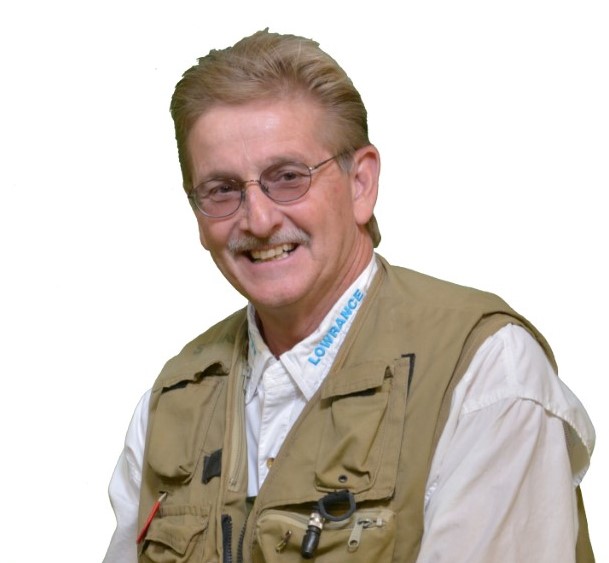 Tom Clay (83) of Flatwoods, Kentucky, is the retired business manager with Kentucky State Resort Parks and investigator with the Kentucky Labor Cabinet. He was the Kentucky Outdoor Press Association president for 20 years and a statewide outdoor syndicated radio host for “This Week’s Outdoor Adventures” for 25 years. Previous honors include being named Kentucky Water Conservationist of the Year from 1998-2000, an Ambassador to Kentucky in 2010 and being inducted to the Greenup County Kentucky Hall of Fame in 2019. 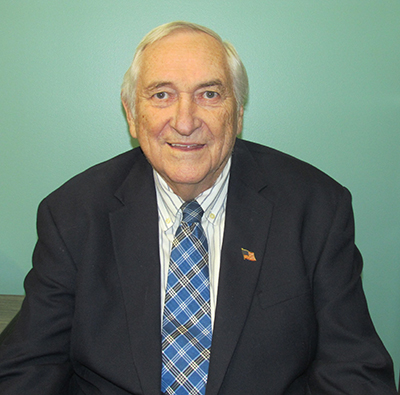 Gary Kidwell of Vanceburg, Kentucky, is an accomplished educator, athletic director, coach, umpire, newspaper writer and sports announcer. During his time in Lewis County, he helped establish the county’s little league baseball program and revived the Lewis County High School football program. In addition to receiving many honors at state and national levels, he was named to the Kentucky High School Athletic Association Hall of Fame in 2011 and the National High School Athletic Coaches Hall of Fame in 2013. 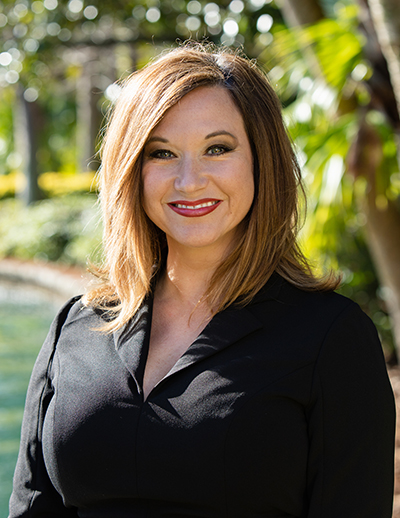 Ramona Justice Vikan of Pikeville, Kentucky, currently serves as a Program and Functional Leadership Director at TACG LLC, a premier consulting and professional services company supporting the public sector. She manages work with the United States Air Force and the Department of the Navy. She was a graduate of the 2014 Leadership Dayton program in Dayton, Ohio, and was named one of Dayton Business Journal’s “Forty Under 40” that year. Additionally, she received the inaugural Outstanding Community Board Service Award from the Dayton Chamber of Commerce in 2019 and served a four-year term on the board for Dayton Art Institute. 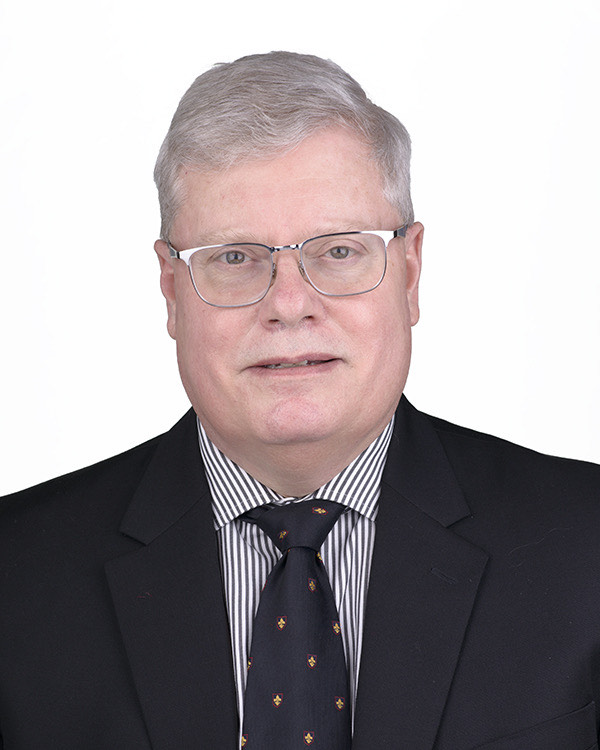 Dr. Jeffrey Bumpous of Louisville is the chairman of the University of Louisville School of Medicine’s Department of Head and Neck Surgery and the Bumgardner Endowed Professor of Otolaryngology. In 2013, he was named the Physician of the Year by the University of Louisville’s James Graham Brown Cancer Center and he is the lead co-author of more than 60 journal articles and scientific book chapters. With over 40 years of experience, Bumpous specializes in head and neck oncology, thyroid and parathyroid surgery, and robotic cranial base surgery. 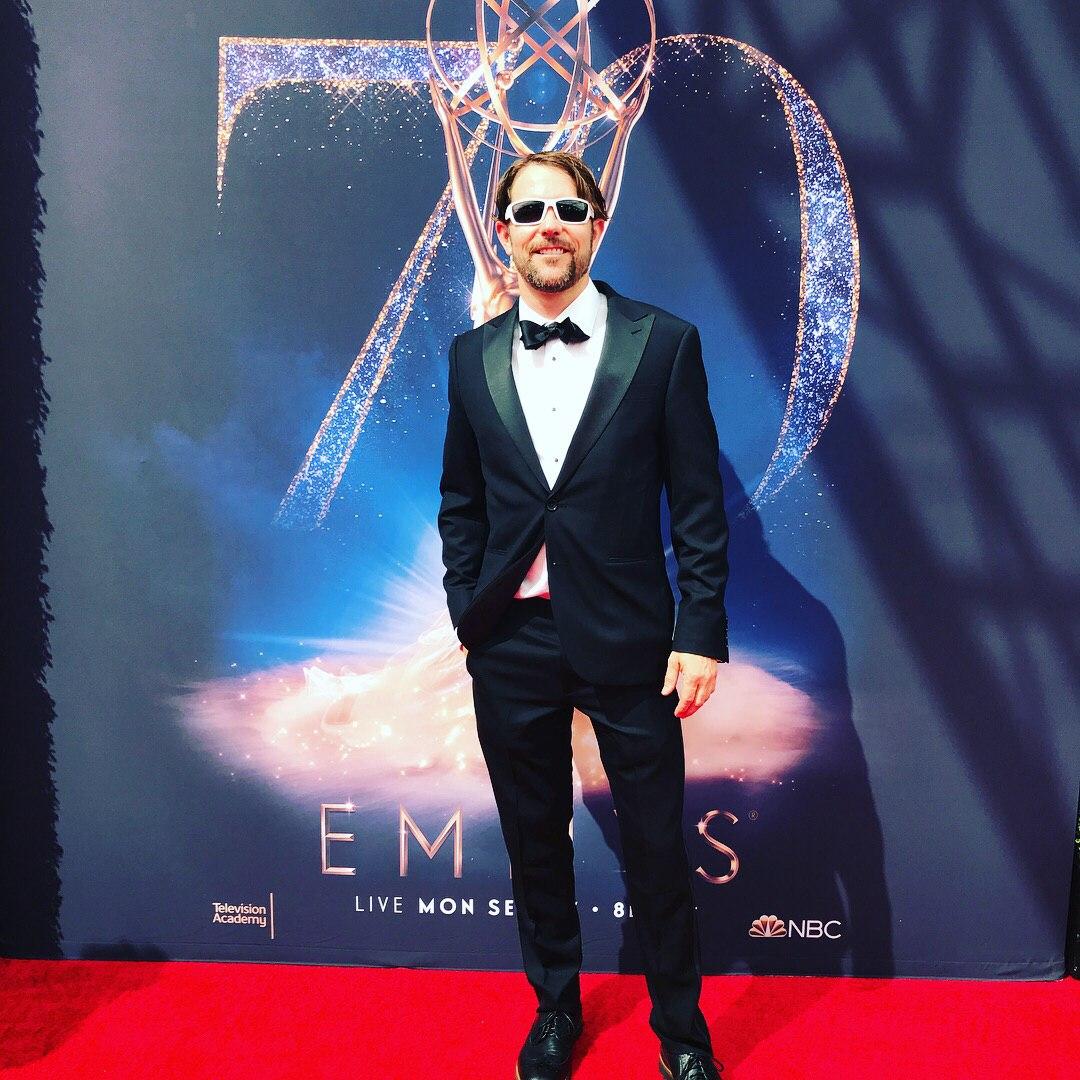 Mac Caudill of Hawthorne, California, is a two-time Emmy Award-winning Hollywood television editor. His work has been featured on hit reality TV series like “America’s Next Top Model,” “Dancing with the Stars” and “Born This Way.” He also has collaborated with Academy Award-winning director Peter Jackson for work on his films “The Lord of the Rings: Return of the King” and “King Kong.” Caudill is also a competitive athlete and National Champion qualifier, having raced dozens of marathons and triathlons. 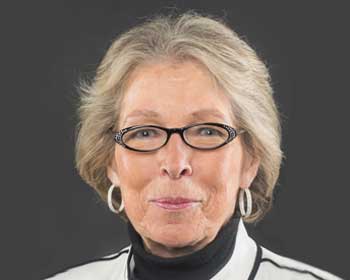 Willi Walker of Richmond, Kentucky, is a retired professor at Eastern Kentucky University (EKU) where she served as the chair of the Geography Department and coordinator of the Aviation Program. Walker is the founder of the EKU Aviation Program, the only degree-granting aviation program in Kentucky. This fall, she will also be inducted into the Aviation Museum of Kentucky Hall of Fame.

The Rising Eagle Award is given to a recent graduate of the last 10 years who has demonstrated early career and/or community service achievement. 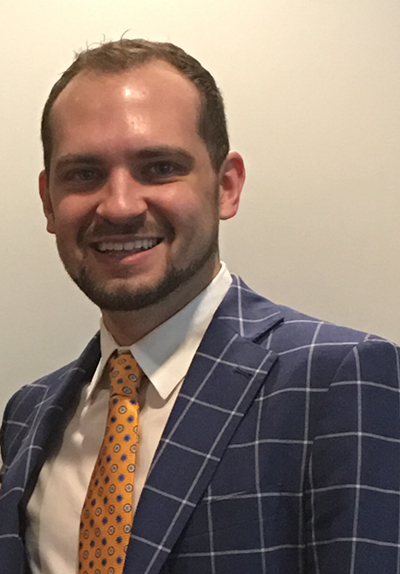 Jordan Atkinson of Kansas City, Missouri, is a tenure-track assistant professor for the Department of Communication at Missouri Western State University in St. Joseph, Missouri. 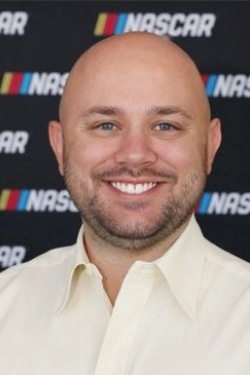 Nathan Blum of Port Orange, Florida, is the senior director of sales at NASCAR based in Daytona Beach, Florida. Blum began his career in sales as a student in MSU’s Office of Athletics and has risen to his current role through sales experience with programs in the AHL, MiLB and NBA.

The Eagle Spirit Award is given to alumni that are exceptionally proud and active Eagles. Recipients regularly demonstrate Eagle Pride through recruiting potential students, positively representing MSU, attending MSU events and encouraging active support of MSU among their peer groups. 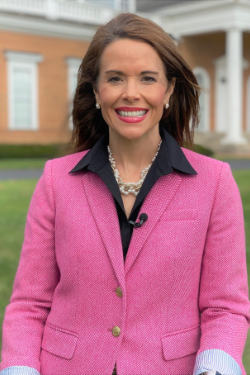 Amber Philpott Hill of Lexington is an award-winning news anchor at WKYT-TV and a proud Eagle committed to her community and her alma mater. She continues to give back to MSU through her past service on the Alumni Board of Directors and has served as master of ceremonies at the Annual Spring Gala for several years. She continues to promote MSU in Central Kentucky and beyond. 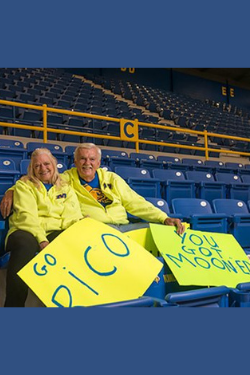 Rocky and Barbara Niemeyer of Morehead are both retired educators. They are both long-standing fans of MSU Athletics, having attended nearly every home basketball game for almost two decades.

Notable Alumni recognition is given to individuals who have demonstrated success in their career fields and/or are making a difference in their communities or profession. 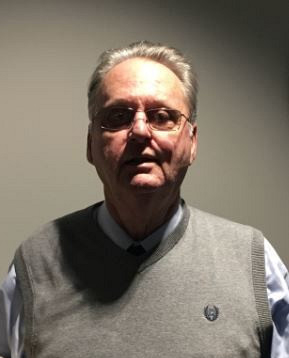 Jack Herlihy of Lexington is the president of Herlihy Group Inc., an insurance advisory group. He is a lifelong educator who has served as a superintendent, principal, teacher and consultant.