UPDATE: Repairs to begin on Mother Goose Inn in Hazard

HAZARD, Ky. (WTVQ) – After months of painstaking repairs, the iconic goose head at the Mother Goose Inn in Hazard was reinstalled on Friday to the delight of a proud community.  Video of the installation was posted on the inn’s Facebook page.

The head is more than 17-feet tall and weighs 2,900 pounds, according to the inn.

The inn was hit with bad weather in March.  On March 24, 2021, on a windy day, the goose head tumbled to the ground and shattered in the bed and breakfast’s parking lot.  The owner’s, the community and fans of the landmark everywhere were heartbroken.

Before the head even fell, the inn had a GoFundMe page to raise money to restore the head, which had fallen into disrepair.  More than $11,000 was raised from donors all over the world.  The owners raised $2,500 to qualify for a matching grant and the inn will receive another grant from the State Historic Preservation Office, according to the owners.

The Mother Goose Inn has been around 81-years.  It still needs more repairs, so it isn’t ready for guests yet.  There isn’t an estimated reopening day yet, but its signature piece is back where it belongs for all to enjoy.

HAZARD, Ky. (WTVQ) – Repairs are set to begin on a landmark in Hazard that was damaged by high winds last week.

The goose head that sat atop the Mother Goose Inn for decades was damaged when it was blown to the ground.

Initially many feared the goose was cooked, but the community rallied, a GoFundMe page was set up to help pay for repairs and donations came in from around the world, according to organizers on Facebook.

Donations are also being accepted at First Trust Bank branches.

Organizers say the goose head has been taken to a garage where repairs can begin.  They say it’s estimated to take at least two months to repair.

Donations to repair the tourist attraction are still being accepted.

For a link to the GoFundMe page, click here.

HAZARD, Ky. (WTVQ) – Tonya Montjoy lived in Hazard Kentucky for almost her whole life….growing up near the Mother Goose Inn.

Even working there during high school in the 90’s after her dad’s best friends’ bought the place.

But on Wednesday the head of the Goose…that was on top of the inn…fell and broke from high winds.

Montjoy says it’s an historic landmark and is heartbreaking to see it fall.

“Very few people probably remember a time it wasn’t there…I couldn’t believe when i saw that it fell I was just shocked.”

After the goose head broke off, the owners posted on Facebook saying “She will rise again”

A GoFun.dMe is in place to help with repairs…you can find it here. 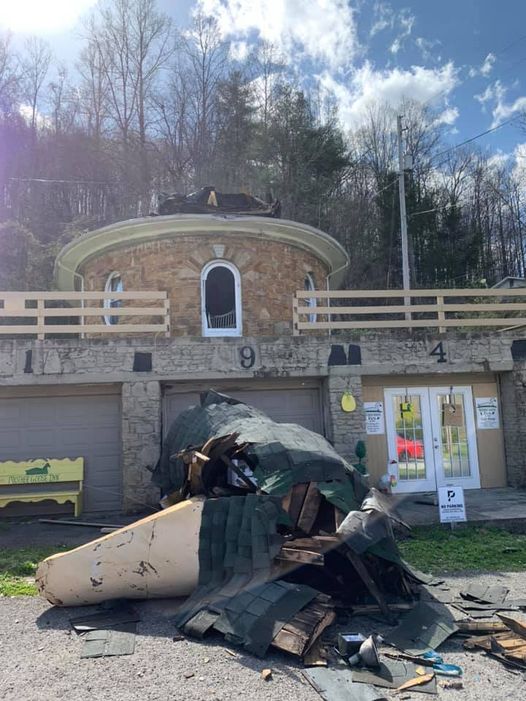 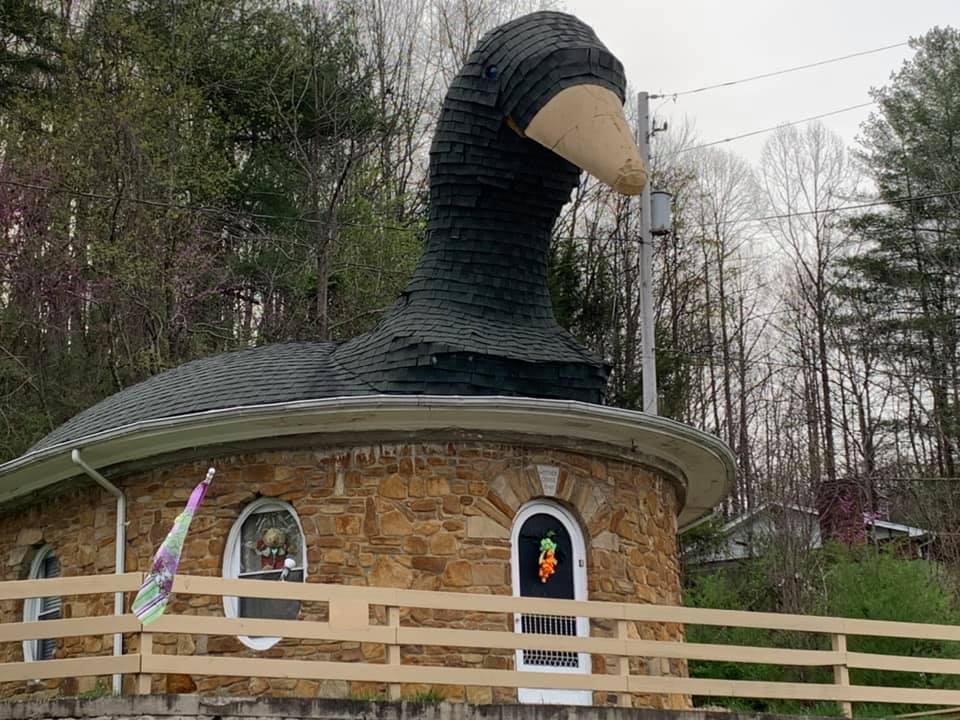 And it’s ironic that it has happened as the landmark — the Mother Goose Inn in Hazard — is getting ready for Easter.

The business’ signature goose head collapsed at about 3 p.m. Wednesday.

Just the day before, the Inn, which has been home to first dates, weddings and thousands of family memories spanning generations, 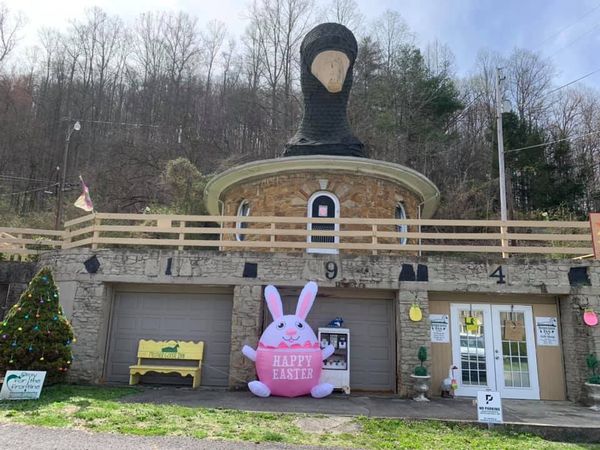 was promoting being ready to open for Easter.

No word yet and what might have caused the collapse. But social media filled with posts of sorrow and promises to try to help rebuild.

The city of Hazard tweeted: “Today around 3:30, our beloved Mother Goose house collapsed. This was due to age and the stress added by the recent ice storms and flooding. She will be back. We will definitely need your help. Updates will come as soon as we know. She will be back.”

Ironically, the owners had started a campaign to try to raise $10,000 to repair the goose, which had come lose from the foundation. Before Wednesday’s collapse, the drive had raised about a quarter of that goal. It was up to more than $3,000 by 5 p.m. Wednesday.

The Inn’s unique design has been the focus of national attention during the years. According to its web site, builder George Stacy was inspired by a goose dinner. The project was finished in 1940.

The GoFundMe page says the below of the business:

“The Mother Goose house has been a part of Eastern Kentucky since being built in 1940.  Anyone that has ever lived in or visited the area has stories about the Goose house.  Over the years it has held many roles in the Hazard area. It has been a home to many people, been an attraction seen by people all over the world, been featured on many television shows such as HGTV and PBS to name a few, and now is a bed and breakfast with tours offered to allow the public to be able to experience the house that they have seen and admired for years. The house has always been in my family and we have taken care of the aging building for many years but recently the head of the goose has gotten worse and will require the head and neck to be reconstructed. This is due to the head moving off the foundation despite several attempts to stabilize it. The head and neck now has several large holes and is leaking causing further damage to the structure. If the repairs aren’t done soon the damage will eventually destroy the structure and will have to be torn down due to safety issues. I am asking for anyone that can to please help us raise the money to repair the structure that means so much to the areas and its people. All the donations will go to reconstruct and stabilize the structure and to re-roof and shingle the Goose. This will ensure that this attraction and part of history will stay part of Eastern Kentucky for our future kids and grandkids to enjoy! ”