More than pound of meth, other drugs seized in raid 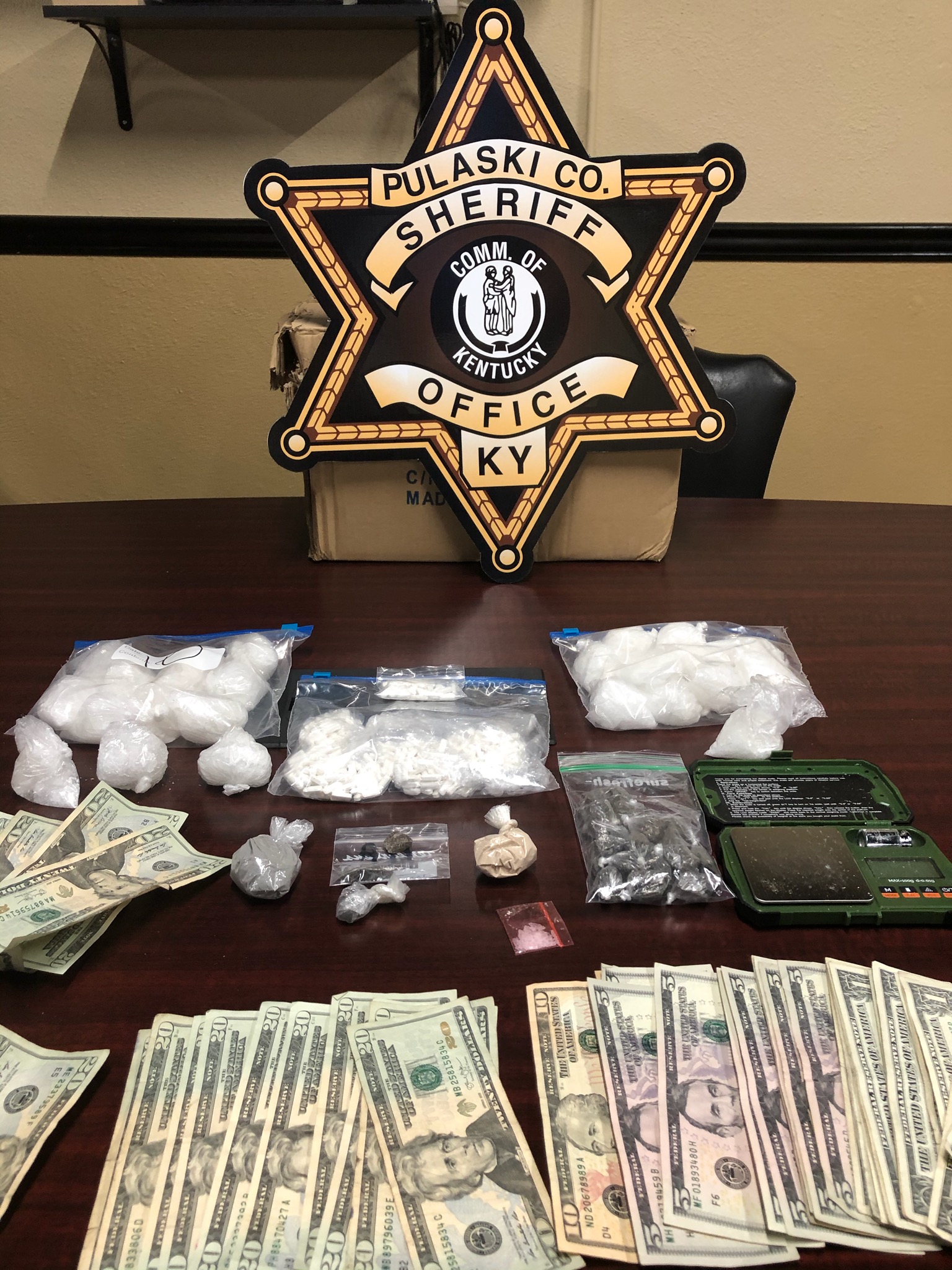 results in the seizure of more than 24 ounces of meth, three ounces of heroin, and thousands of dollars in cash and lands three people in jail on drug trafficking and possession charges.

According to Speck, when deputies, Kentucky State Police and agents with the Lake Cumberland Area Drug Task Force arrived, they found two men, later identified as Peters and Godby, outside in a car. A search of the car located two baggies containing suspected methamphetamine, marijuana, and syringes, the sheriff said.

Deputies approached the front door of the home and after announcing themselves and getting no response, forced their way in.

Pulaski Sheriff’s Det. Lt. Daryl Kegley located Burdine in the bathroom trying to flush items. Deputies were able to recover about three ounces of meth and 40 Xanax tablets in the toilet bowl before they were lost, according to the sheriff.

While searching a bedroom, deputies located numerous baggies of suspected heroin, methamphetamine, digital scales, cash, baggies, and a safe. Deputies were able to gain access to the safe where a substantial amount of methamphetamine and heroin were located, Speck said.