Lawsuit protections must be part of next coronavirus assistance, McConnell says 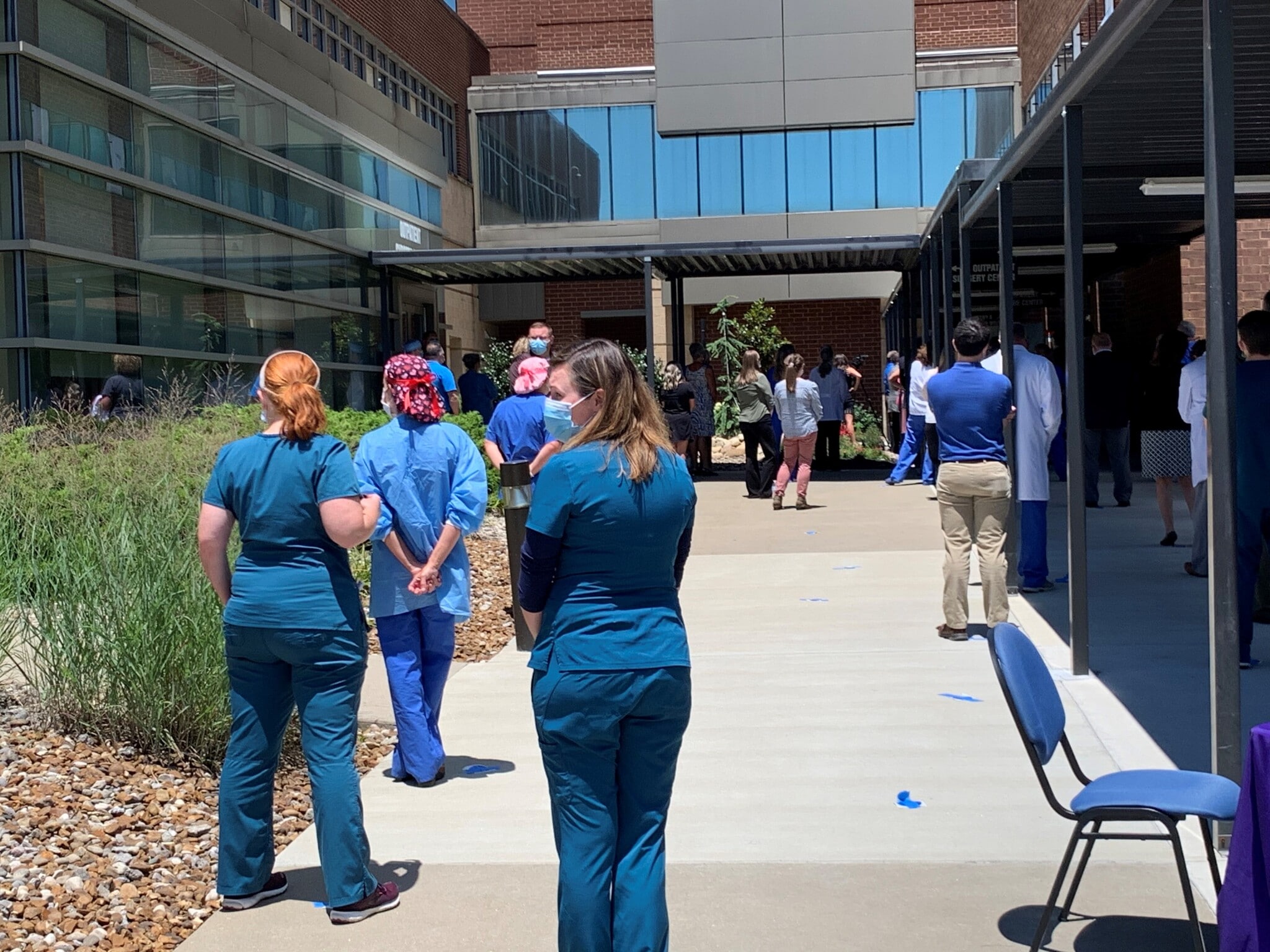 In addition to saying ‘thank you,’ the Senate majority leader discussed more than $1.2 billion provided to health care providers in the state in the CARES Act, the multi-trillion-dollar coronavirus relief measures approved by Congress.

A new plan under development by the White House and Senate Republicans to deal with the fallout from the coronavirus pandemic is expected to include financial incentives to push schools to reopen while also shielding health care workers and companies against lawsuits, Republicans said Monday, a move that will spur a fight with Democrats.

Senate GOP leaders and senior administration officials have been privately trading proposals and exchanging plans before formally introducing a Republican proposal as soon as next week, with just three weeks before Congress adjourns for its summer recess. The measure, expected to cost around $1.3 trillion, would amount to the GOP’s latest response to the crisis — after roundly dismissing House Democrats’ $3 trillion-plus plan that passed their chamber two months ago.
But to get to Trump’s desk, it would require the two parties in both chambers to resolve major differences — over the size and scope of the plan as well as the details in it — in the heat of an election year, meaning many are skeptical a deal can be reached with the number of days dwindling before the August recess.
“We’re obviously out of session this week, but when my members come back next week we’ll start socializing it with them, begin to discuss it with the Democrats and start the legislative process,” Senate Majority Leader Mitch McConnell said in Corbin, Kentucky, on Monday. “I think you can anticipate this coming to a head sometime within the next three weeks, beginning next week.”
The GOP measure, which is actively being discussed by McConnell, White House officials, Treasury Secretary Steven Mnuchin and key Senate GOP chairmen, is expected to provide aid to businesses, hospitals and schools in an effort to jumpstart the economy with millions still out of work. But even before it’s introduced, it is already prompted an outcry from Democrats, who contend the measure is far smaller in scope than what’s needed and is expected to include measures their party won’t accept.
On Monday, McConnell reiterated his call for lawsuit protections for “everyone related to the coronavirus” — whether it’s doctors, nurses, businesses, K-12 schools and colleges — covering the period from December 2019 to December 2024.
“It must have, must, no bill will pass the Senate without, liability protection for everyone related to the coronavirus,” McConnell told Kentucky reporters. “Nobody should have to face an epidemic of lawsuits on the heels of the pandemic that we already have related to the coronavirus.”
Democratic leaders have already suggested such a plan is a sticking point.
“Let’s hear what everybody has to say,” House Speaker Nancy Pelosi said last week. “But don’t say, ‘You all have to go back to work even if it isn’t safe. And by the way, we are removing all responsibility from the employer.’ I mean, that is just — no.”
Pelosi instead called for a regulation under the federal Occupational Safety and Health Administration aimed at protecting workers at risk of exposure from the virus, an idea that has previously been rejected by Republicans.
And as the White House has demanded schools reopen in the fall, Republicans are discussing making new federal aid contingent on steps school districts are taking to reopen. GOP sources said Monday that the language was still being sorted out, and the details weren’t final on how that would work. But they are looking at a range of possibilities, including withholding money for schools that remain closed.
“As I said, I think the President would be willing to consider additional funds if all these schools reopen,” White House economic adviser Larry Kudlow told Fox News on Monday.
Democrats have pushed back at the idea.
“You just have to randomly open schools and take your chances or you’re not going to get any state aid? I mean that’s an absolutely no,” Washington Sen. Patty Murray, the top Democrat on the Senate Health, Education, Labor and Pensions Committee told CNN last week.
Plus the two sides are far apart about how much stimulus is actually needed for the economy.
Pelosi said last week that the next stimulus package should include at least $1 trillion dollars for state and local governments and another trillion for extending unemployment insurance provisions and another round of direct payments to individuals, as well as more funding for testing. McConnell has rejected a $3 trillion price tag as far in excess of what his party is willing to get behind.
“We must extend the unemployment insurance,” Pelosi said over the weekend. “It will expire at the end of July. And then there are direct payments to people so that we have $6,000 for a family of five. People are desperately in need it.”
Republicans have been wary of extending the $600 unemployment insurance provision, warning that the additional money could be a disincentive for people seeking work.
Republican Sen. Tim Scott of South Carolina reiterated his opposition to the extension on Monday.
“I wasn’t for it last time. I’m not for it this time,” he said of the enhanced jobless benefits.
When asked about it last month, House Minority Leader Kevin McCarthy said he doesn’t think “it’s productive to extend the added money from the federal government.”
Top Republicans have expressed some openness to more direct payments, although with stricter limits on who will receive them.
“Going back to school presents the biggest risk for the spread of the coronavirus,” Pelosi said on CNN’s “State of the Union” Sunday of the administration’s push to reopen schools.
Categories: Local News, News
Tags: Corbin, Health Care, London, McConnell, Rockcastle