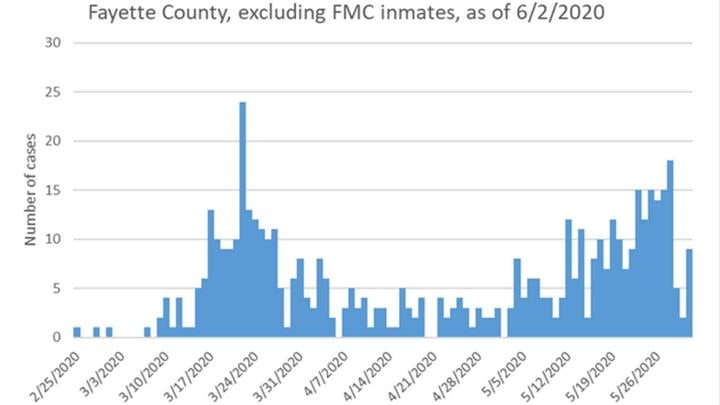 He also says 204 workers from the center have been tested – some more than once. Humbaugh says the center itself is responsible for testing inmates.

Gorton says she wants to monitor the potential for an outbreak due to the ongoing protests in downtown Lexington. She says the large number of people standing close together could cause a spike.

Gorton also says an increase in testing is expected in the city’s Swahili and Hispanic communities because there has been an increase in positive cases there.