LAWRENCEBURG, Ky. (WTVQ) – For the fifth year in a row, Lawrenceburg’s downtown merchants will be hosting their annual Adult Trick or Treat event on Main Street. 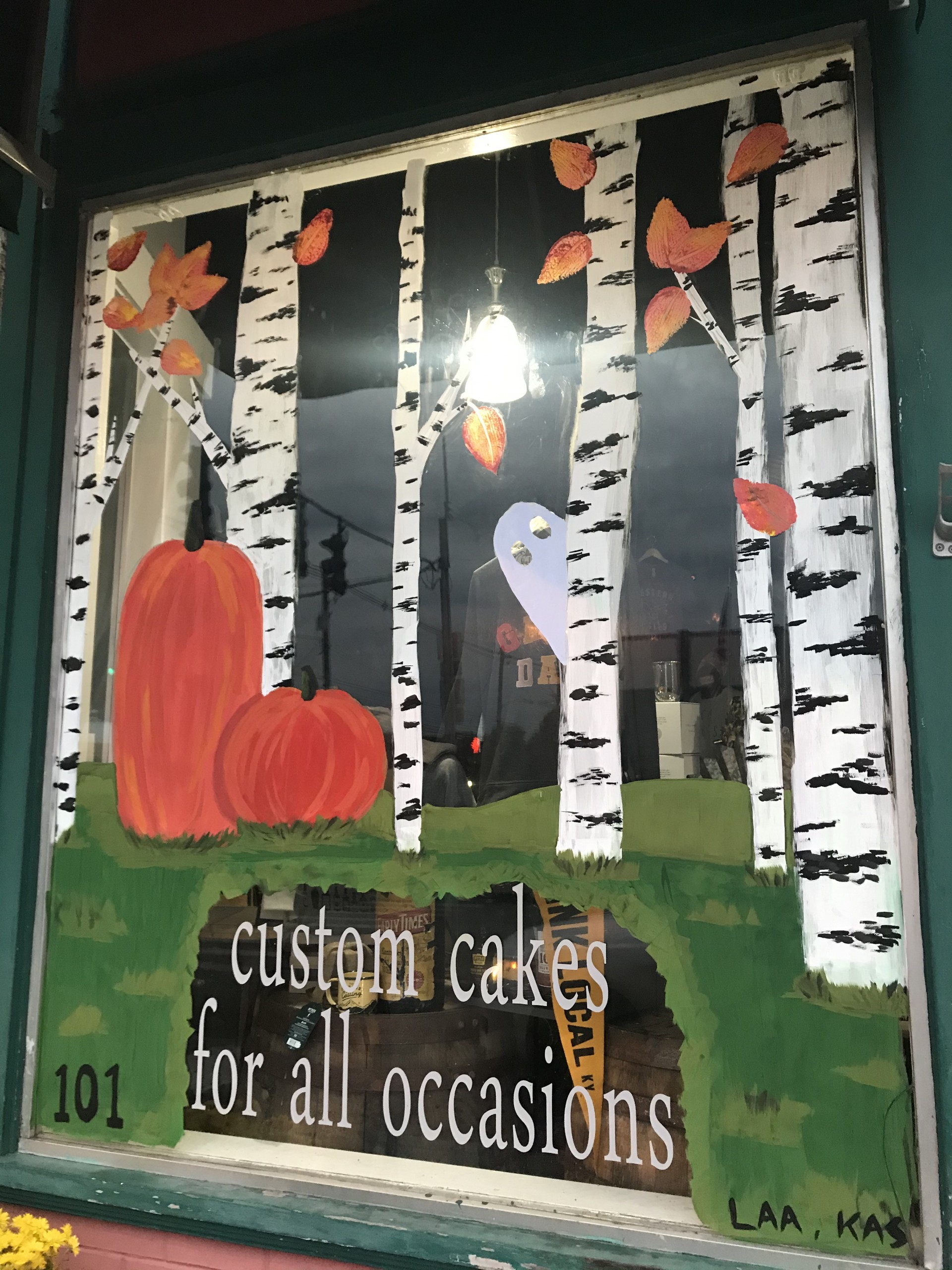 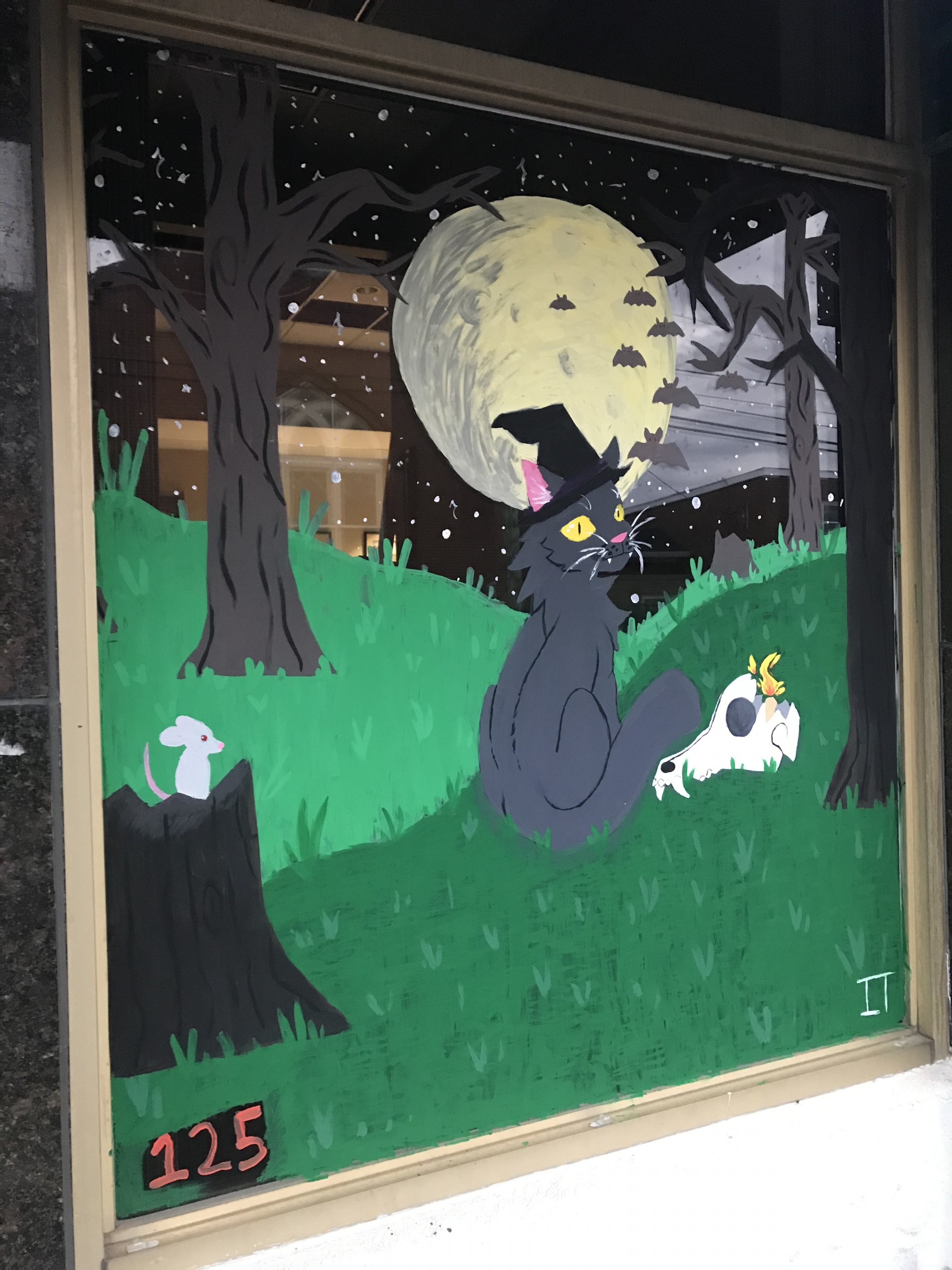 the annual festivities, intended for adults to have a chance to dress up in costume, have a night out and visit downtown’s shops and restaurants. 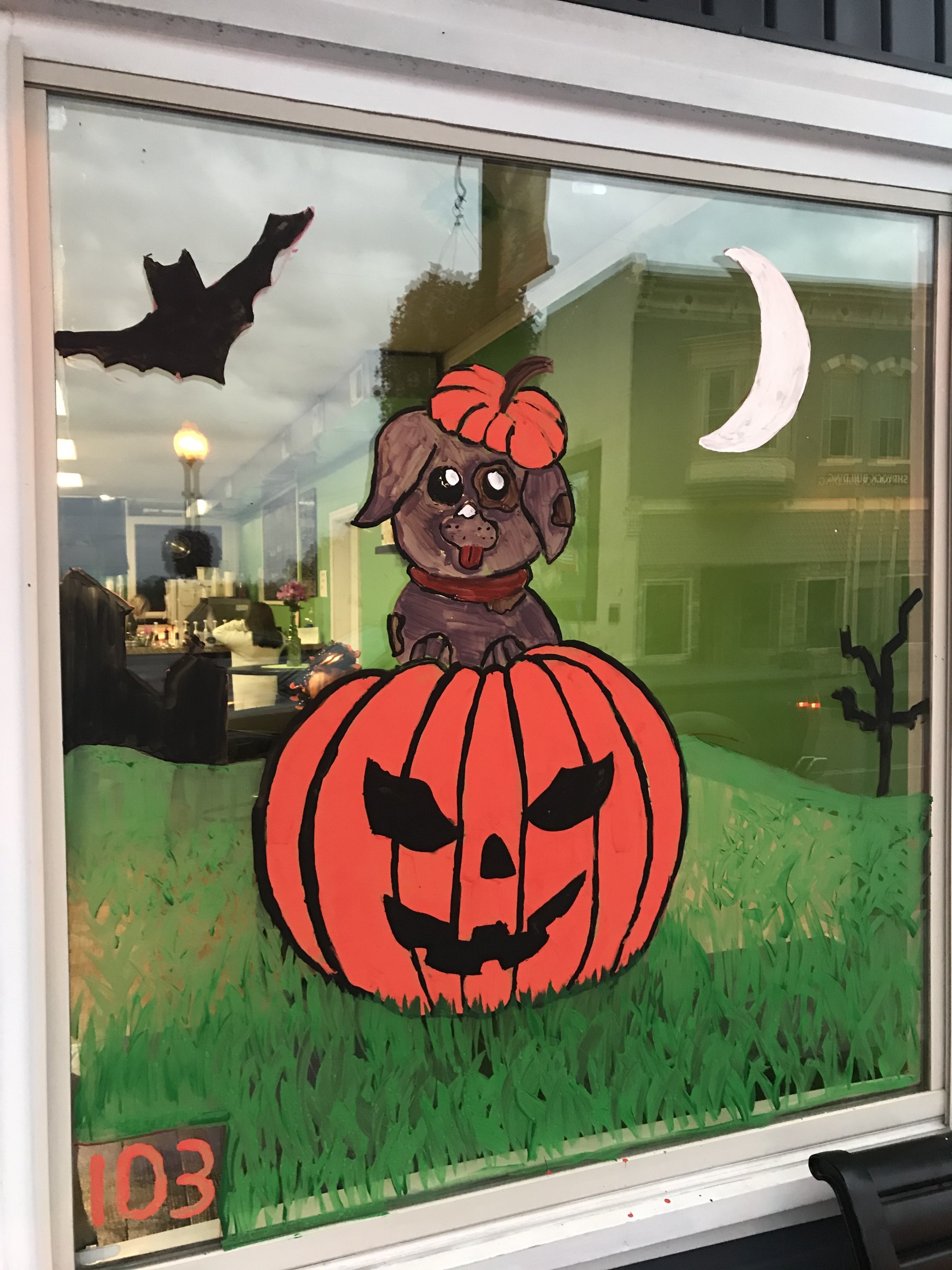 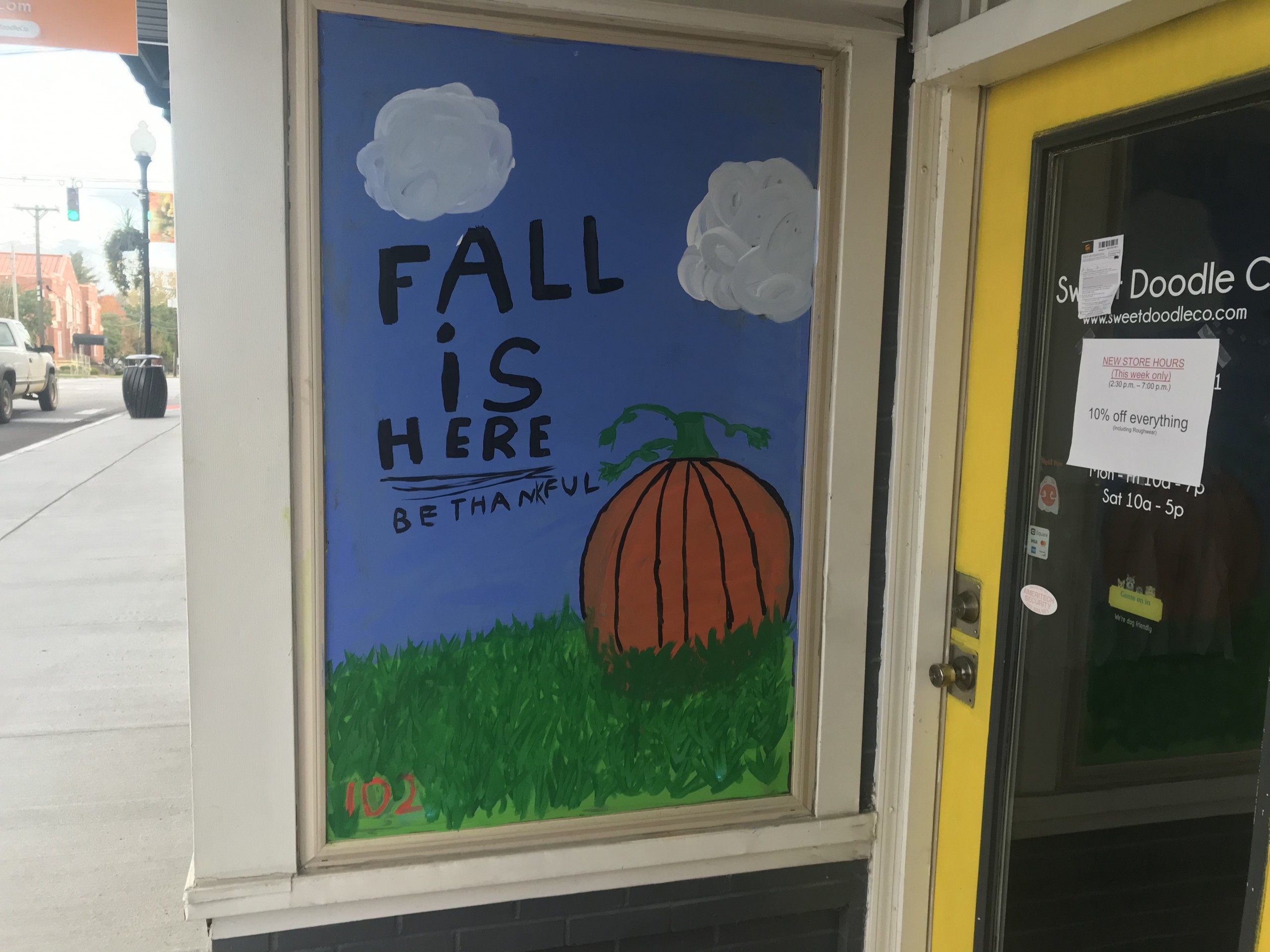 Commission. “It allows adults to have some Halloween-themed fun and also allows our merchants to show off what they have to offer.”

Bourbon Beats Mobile DJ will be there throughout the night with music to set the mood, including the soundtrack for the Dancing Witches, who’ve been a popular attraction during prior years.

Also back for the second year in a row is the Halloween pet costume contest, being 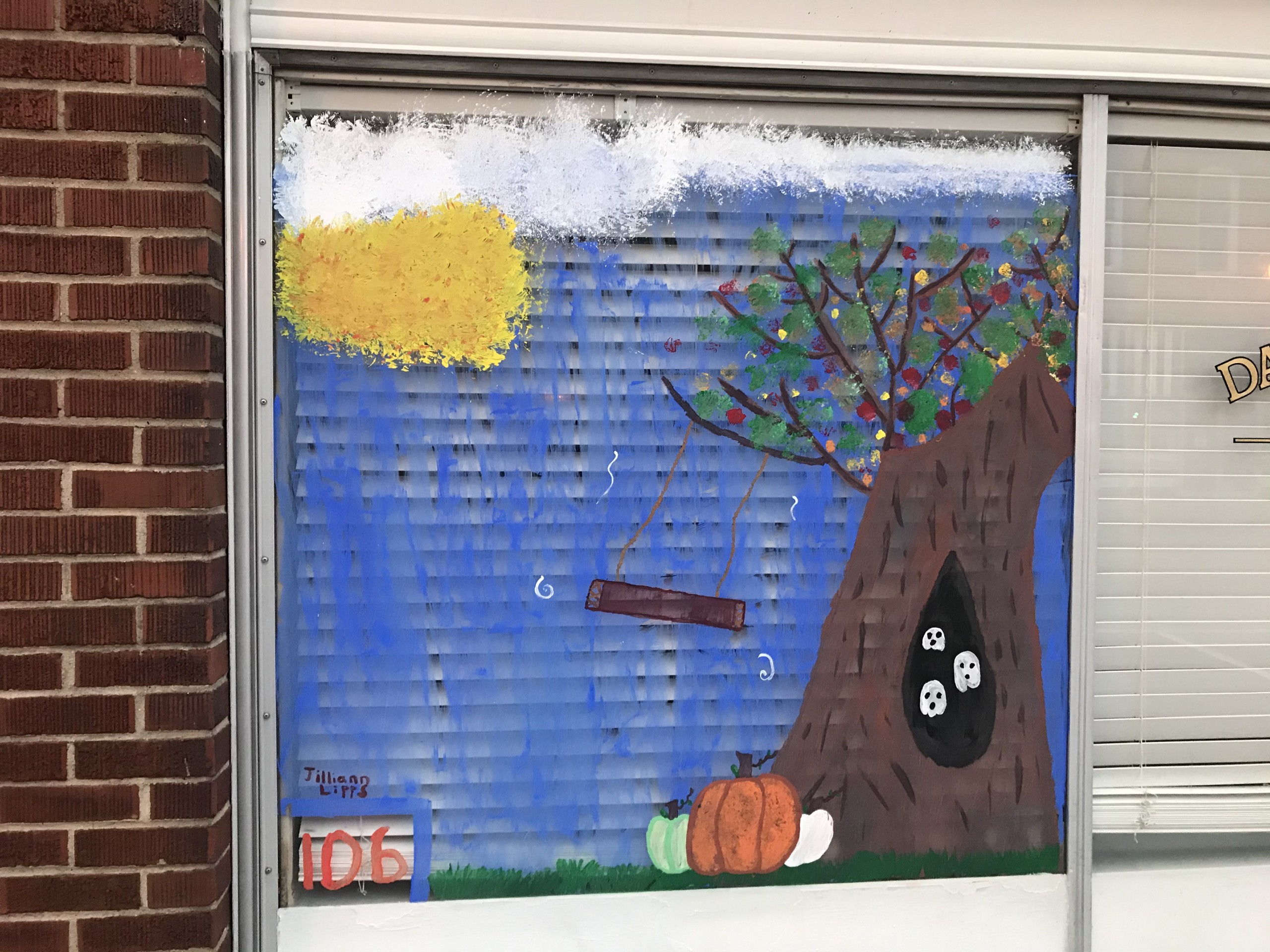 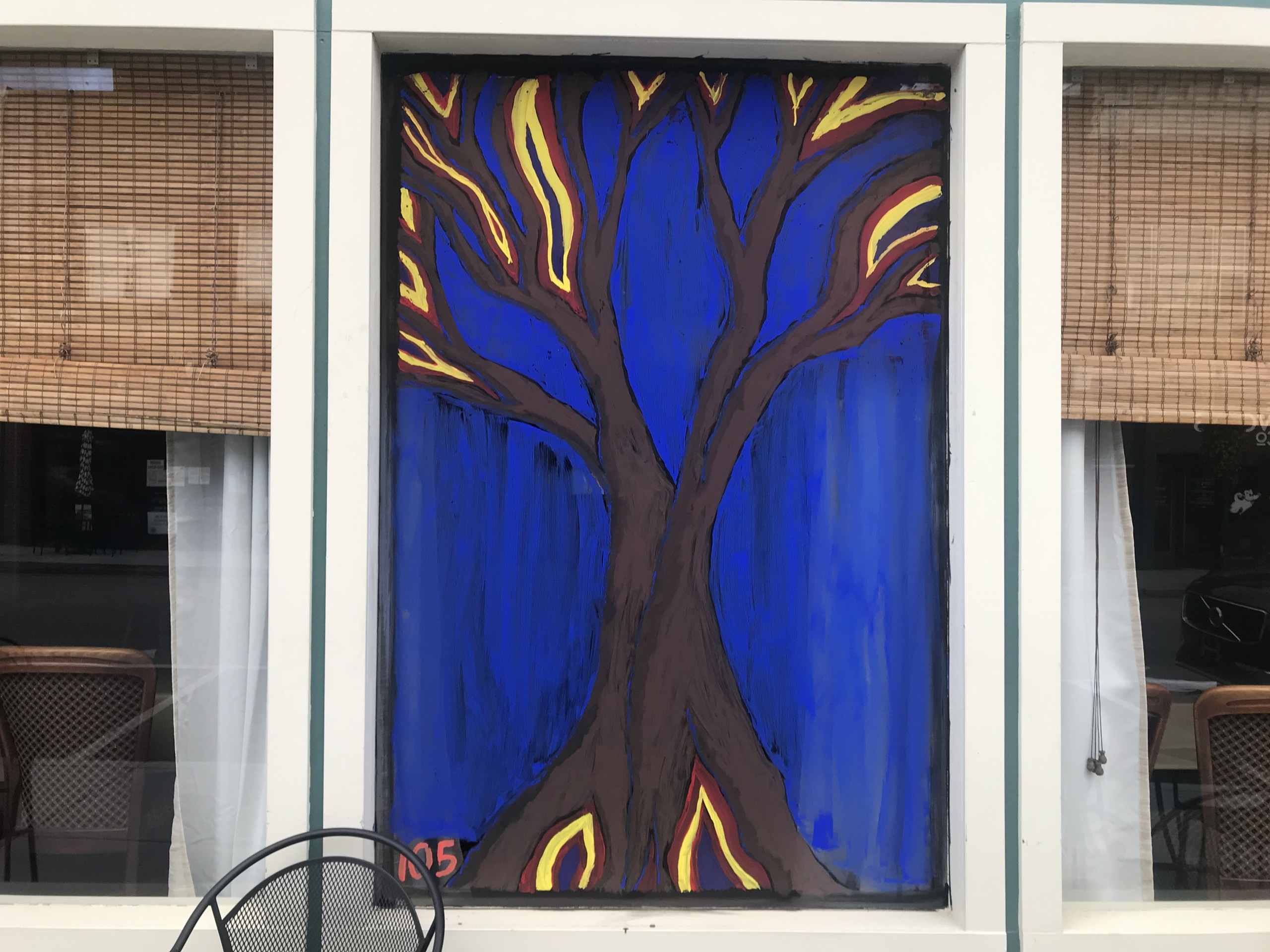 There will also be an adults-only costume contest, so be creative. Judges will be set up at 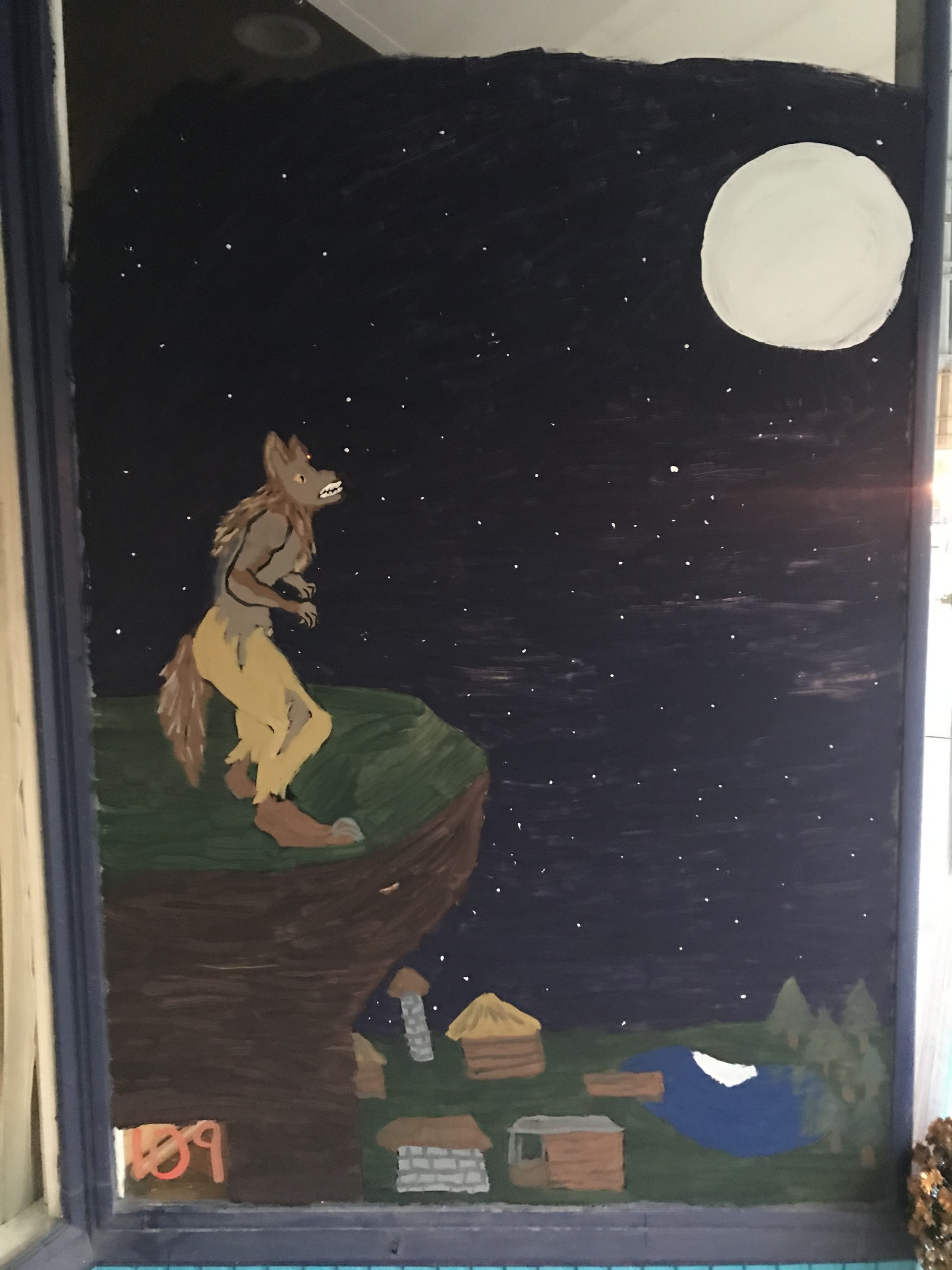 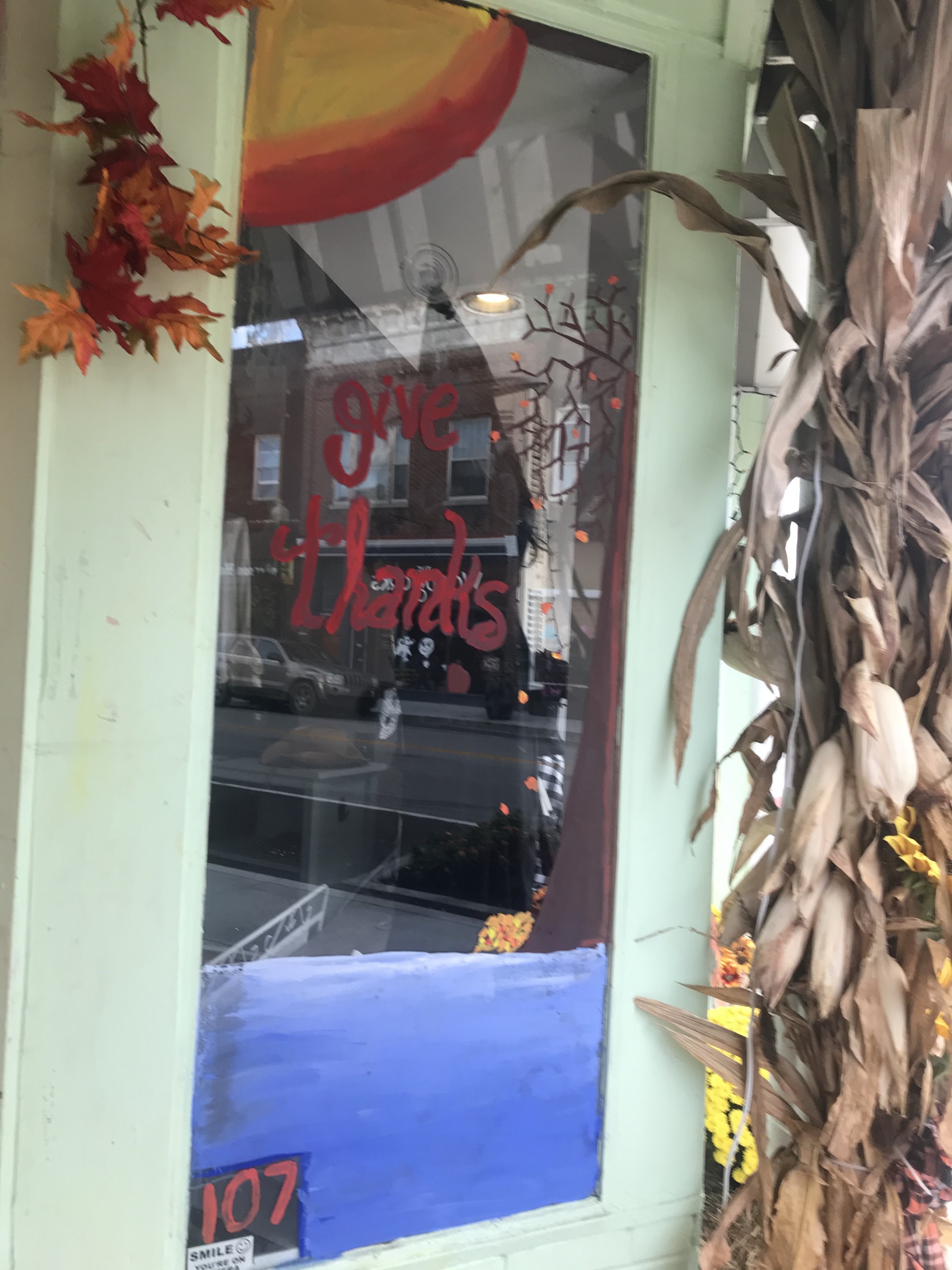 the tourism tent in the middle of Main Street. Stop by there before 8 p.m. to take part. Winners will be announced shortly after 8 p.m.

In addition to what’s happening in the street, most downtown businesses will be having their own special activities and drinks inside, so stop in and see what they are all doing. 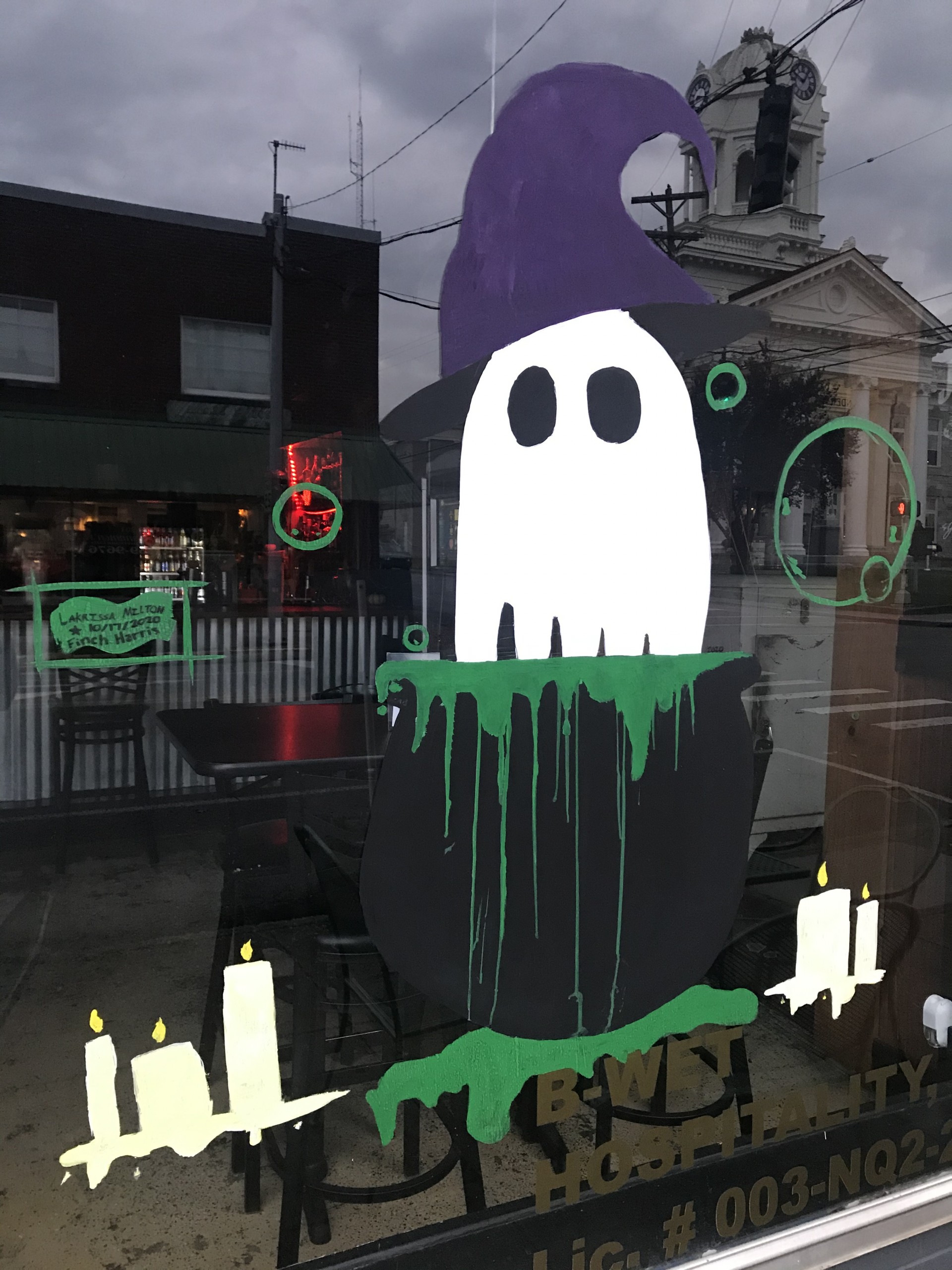 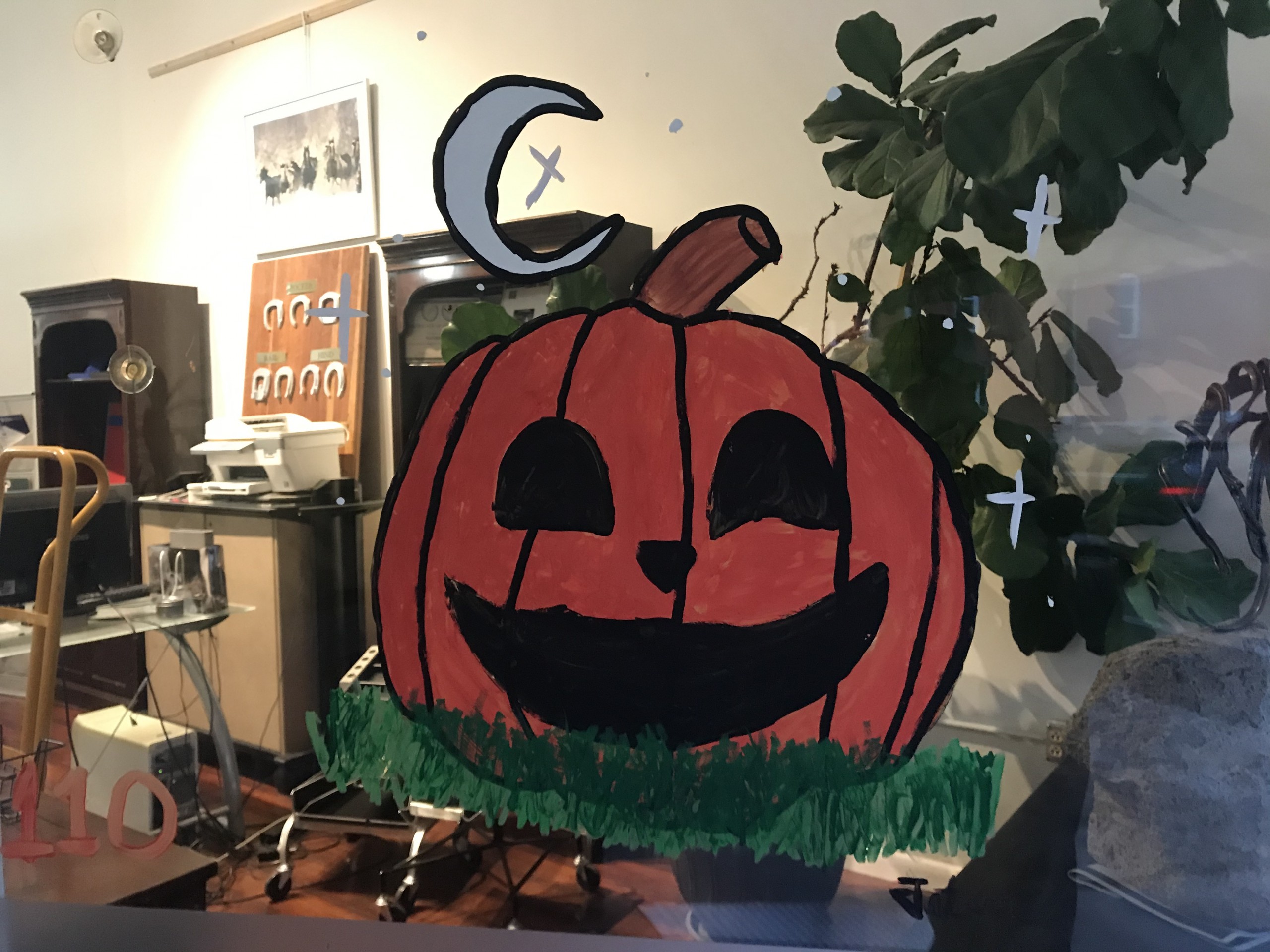 is coming over from Lexington to offer craft beer.

While downtown, visitors can walk around and look at the Halloween scenes painted on the windows of 23 businesses, along with the lighted display at Jack-O-Lantern Spectacular on the courthouse steps.

And if the costumes aren’t spooky enough, join in the Lawrenceburg Ghost Walk at 8 p.m. that night and hear Jeff Waldridge’s first-hand 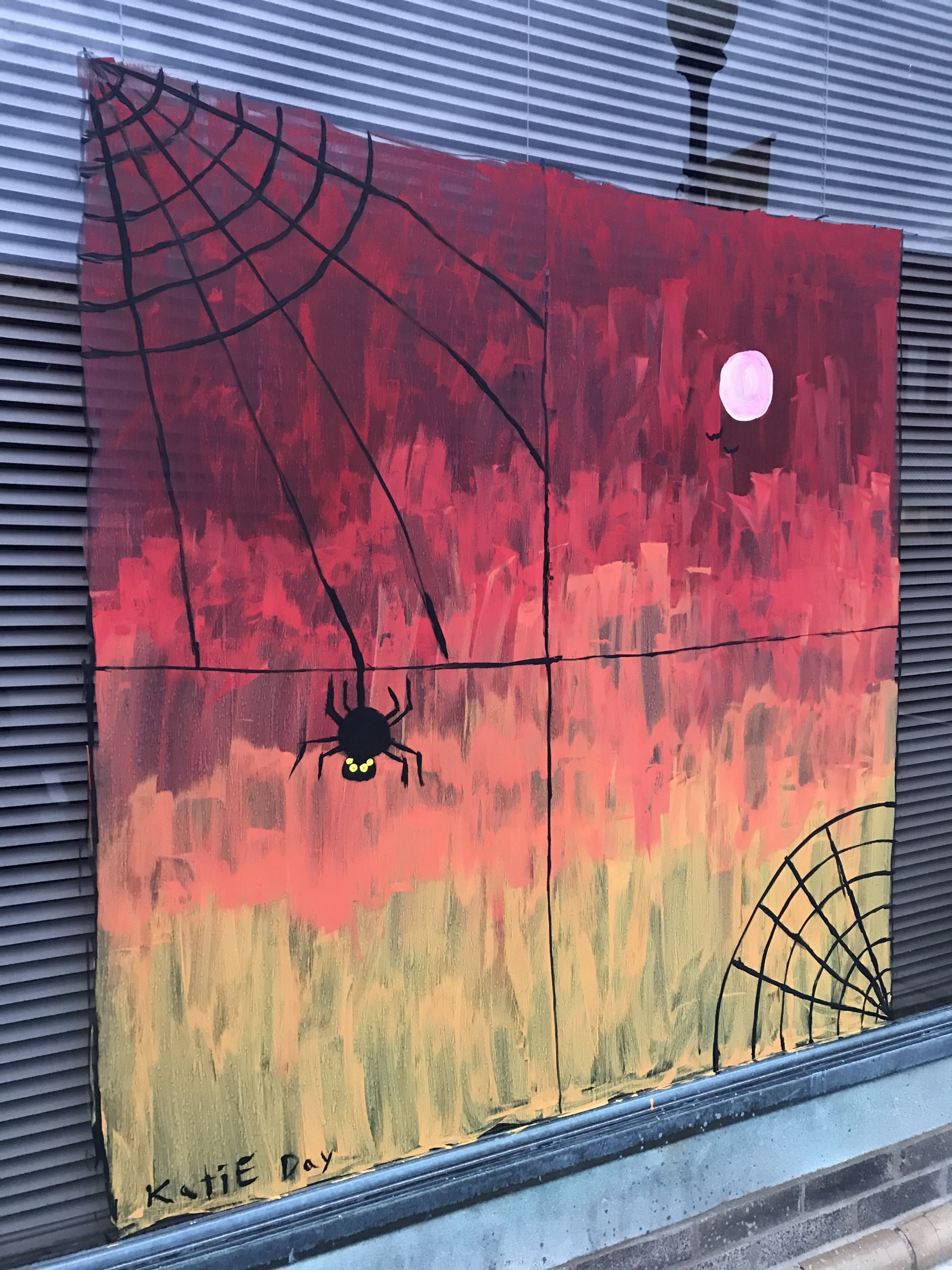 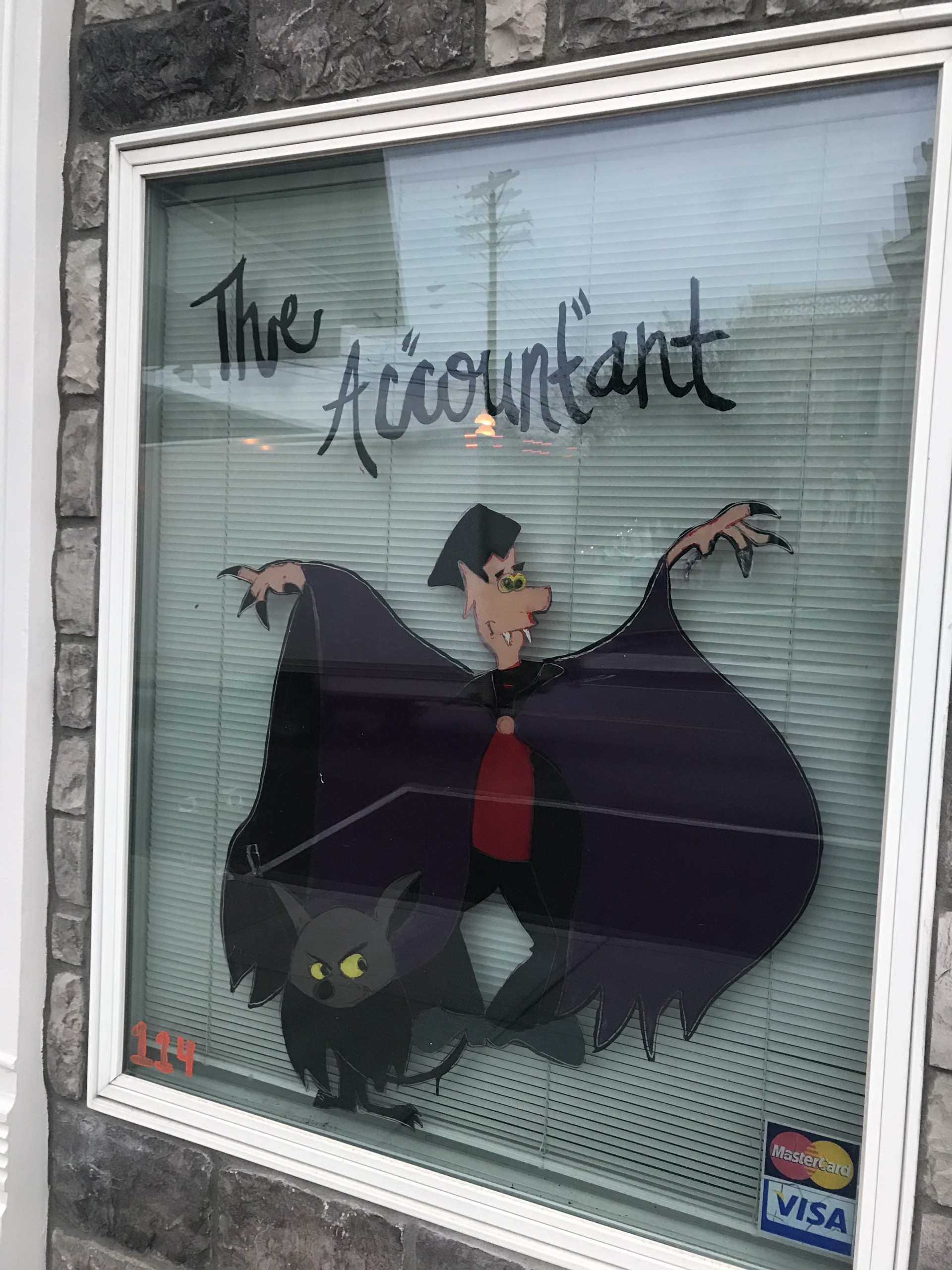 accounts of paranormal investigations he has conducted at locations throughout downtown.

And even before Friday night, drive through downtown and see the talented efforts of dozens of students who have painted on the windows of local businesses.

It’s all in good fun, though. They were participating in Lawrenceburg’s first Halloween/fall 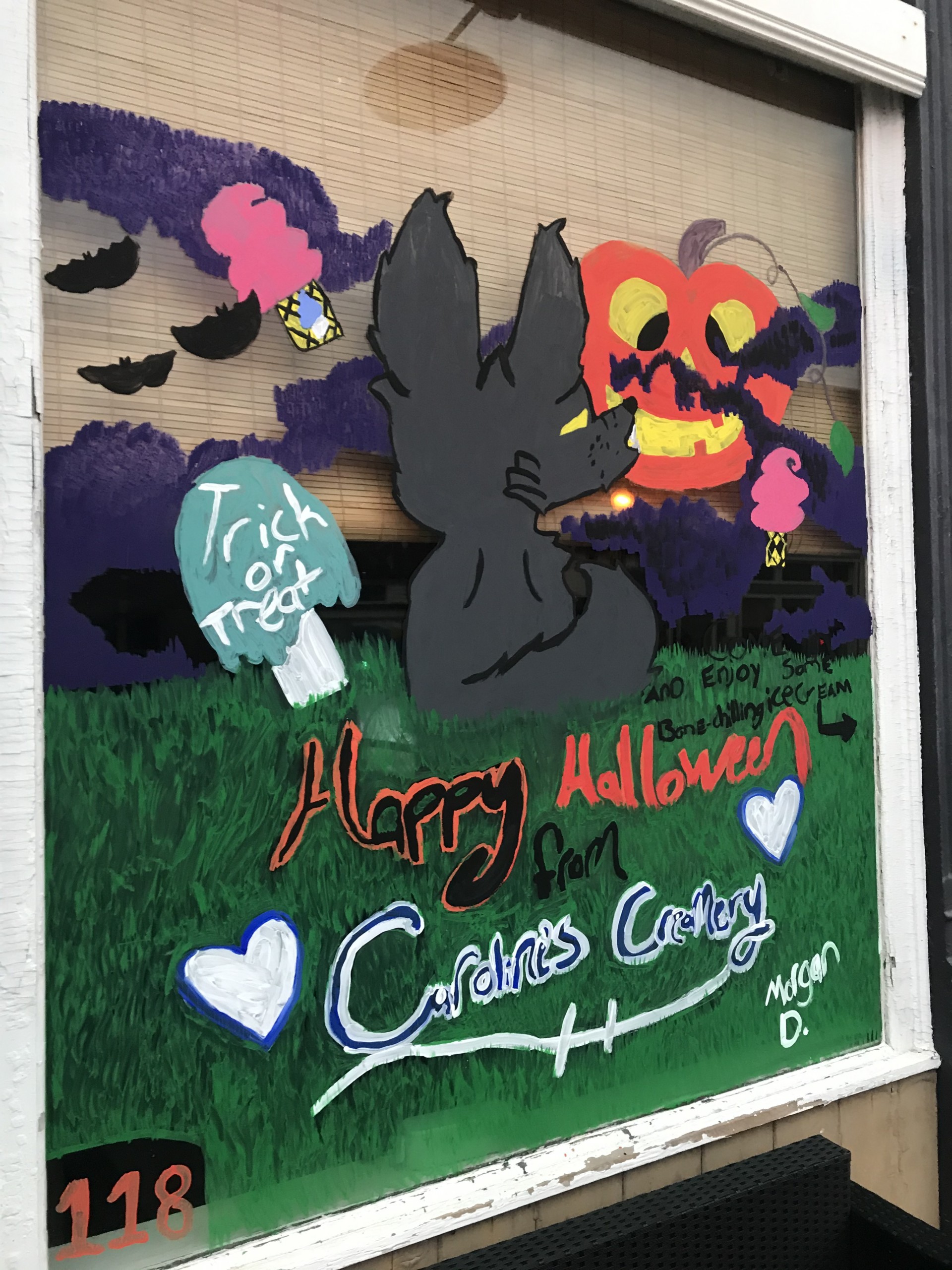 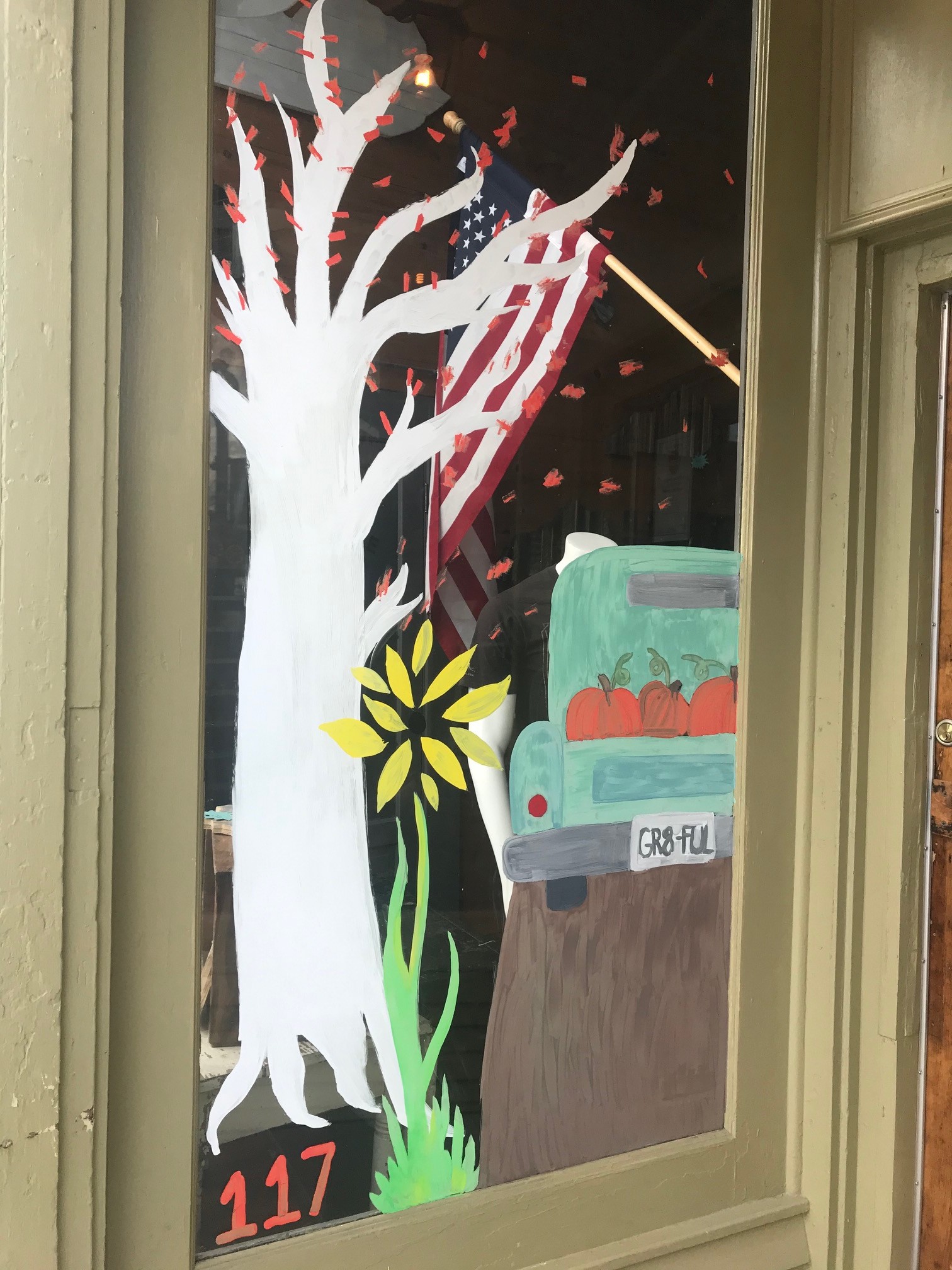 Throughout downtown, businesses made numerous windows available for students to paint their own designs, from pumpkins and scarecrows to ghosts and werewolves. Middle and high school students from Anderson County painted 13 windows and the Christian Academy of Lawrenceburg students painted the other 10. 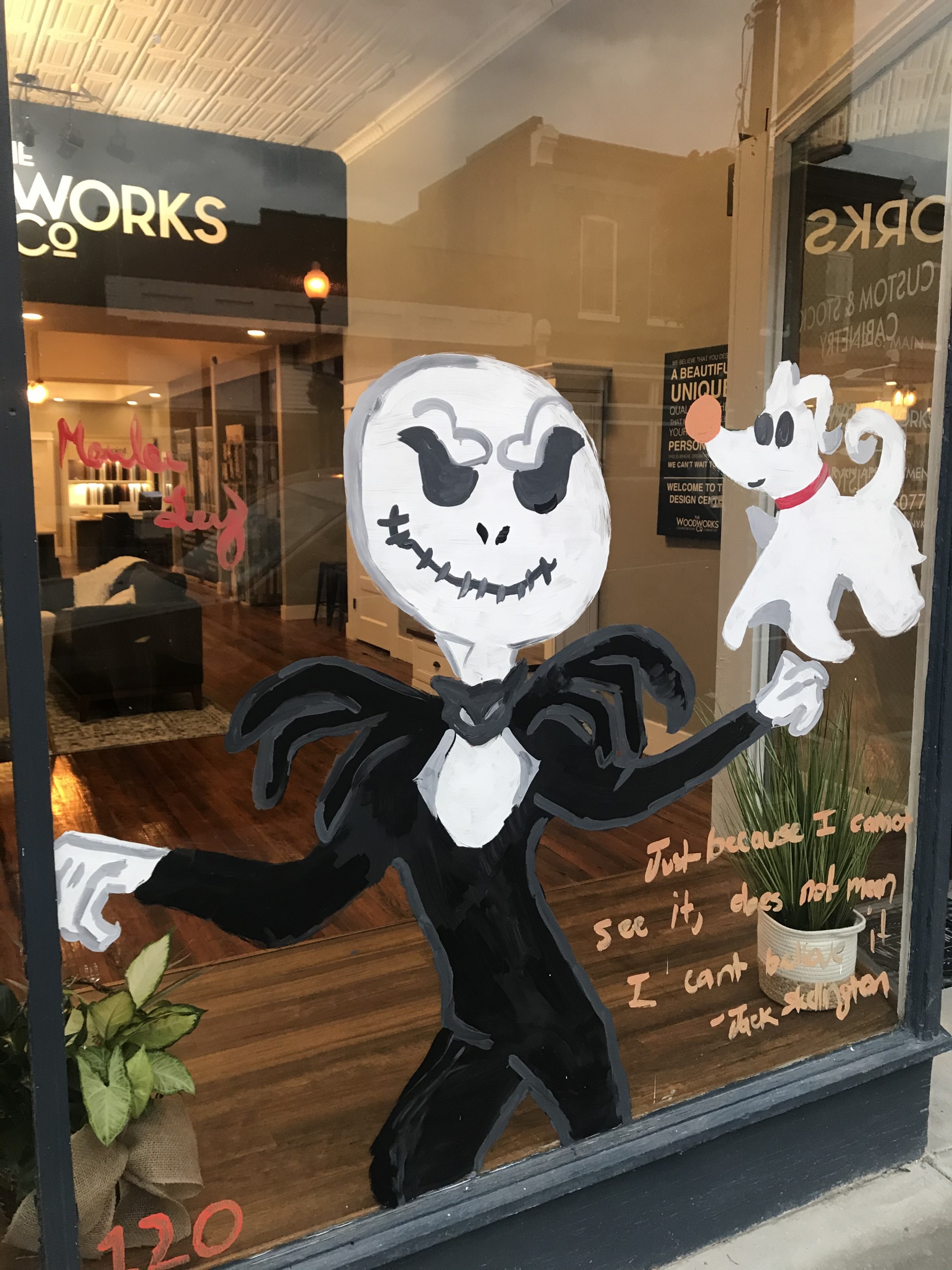 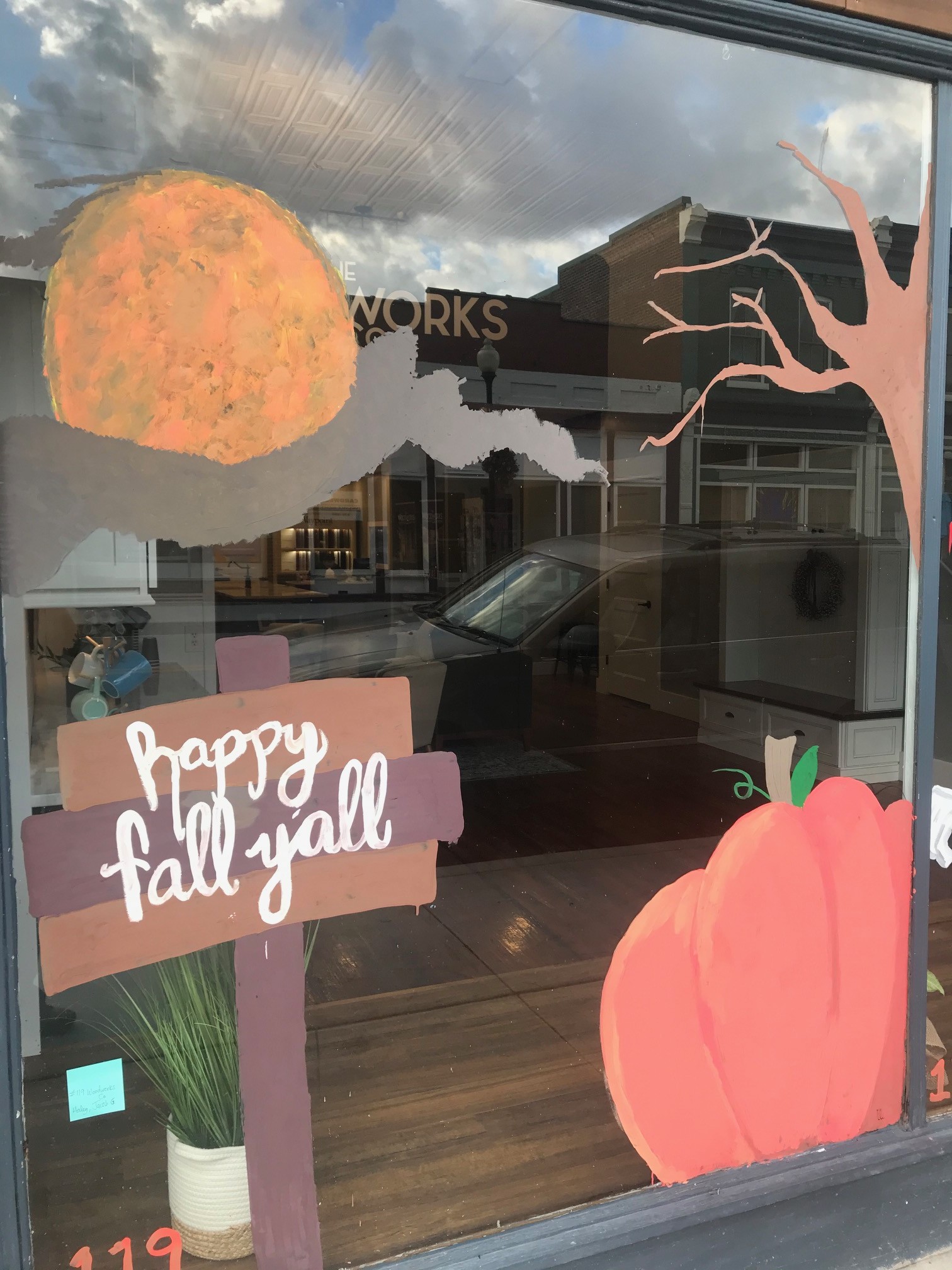 done by our local merchants,” said Clinton. “The Anderson County Fiscal Court also started the Jack-O-Lantern Spectacular at the courthouse in 2019 and will be hosting that again this year. We thought the window painting would complement those efforts and give downtown a great fall and Halloween atmosphere.”

The Lawrenceburg/Anderson County Tourism Commission launched the painting project and 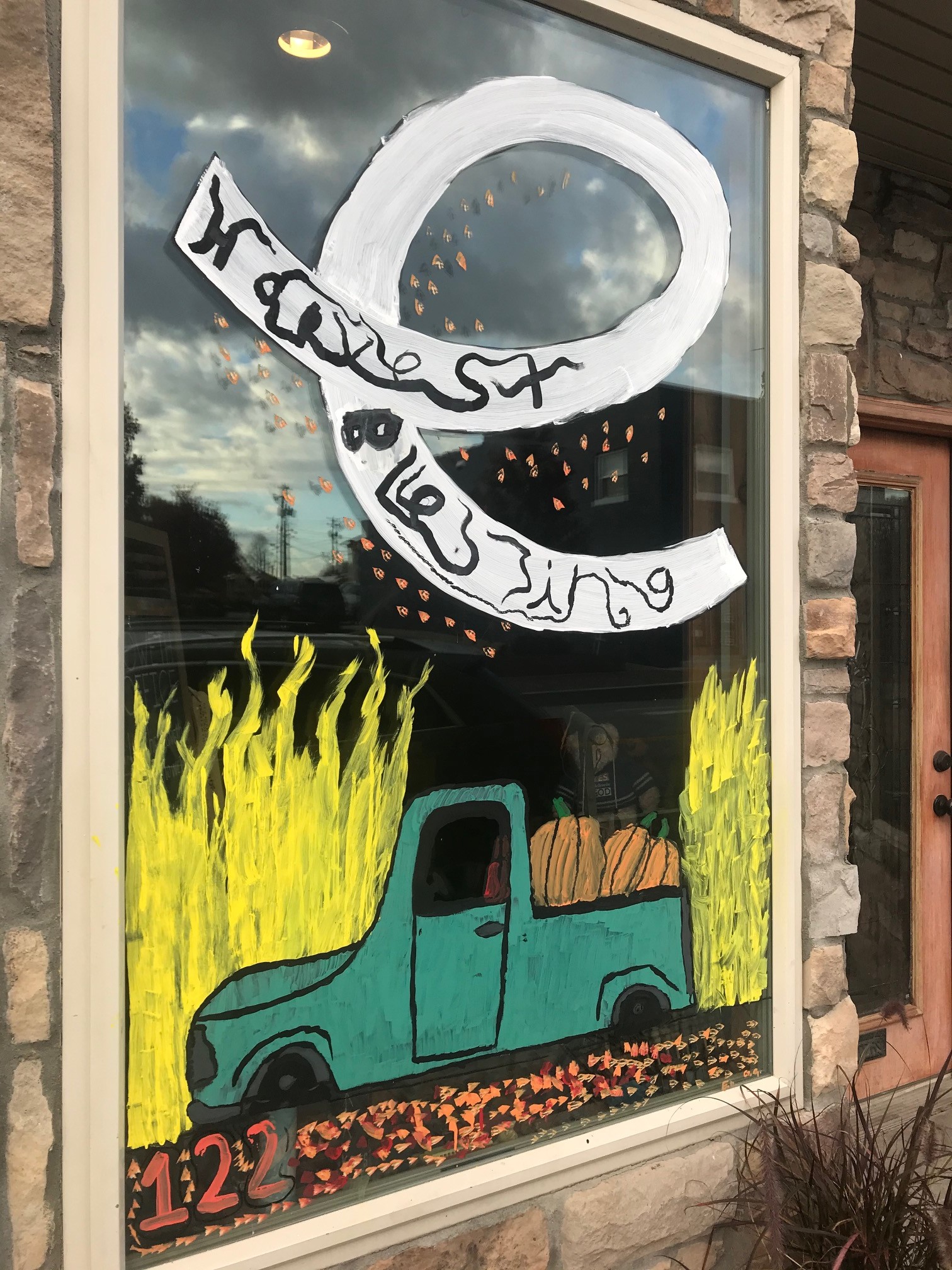 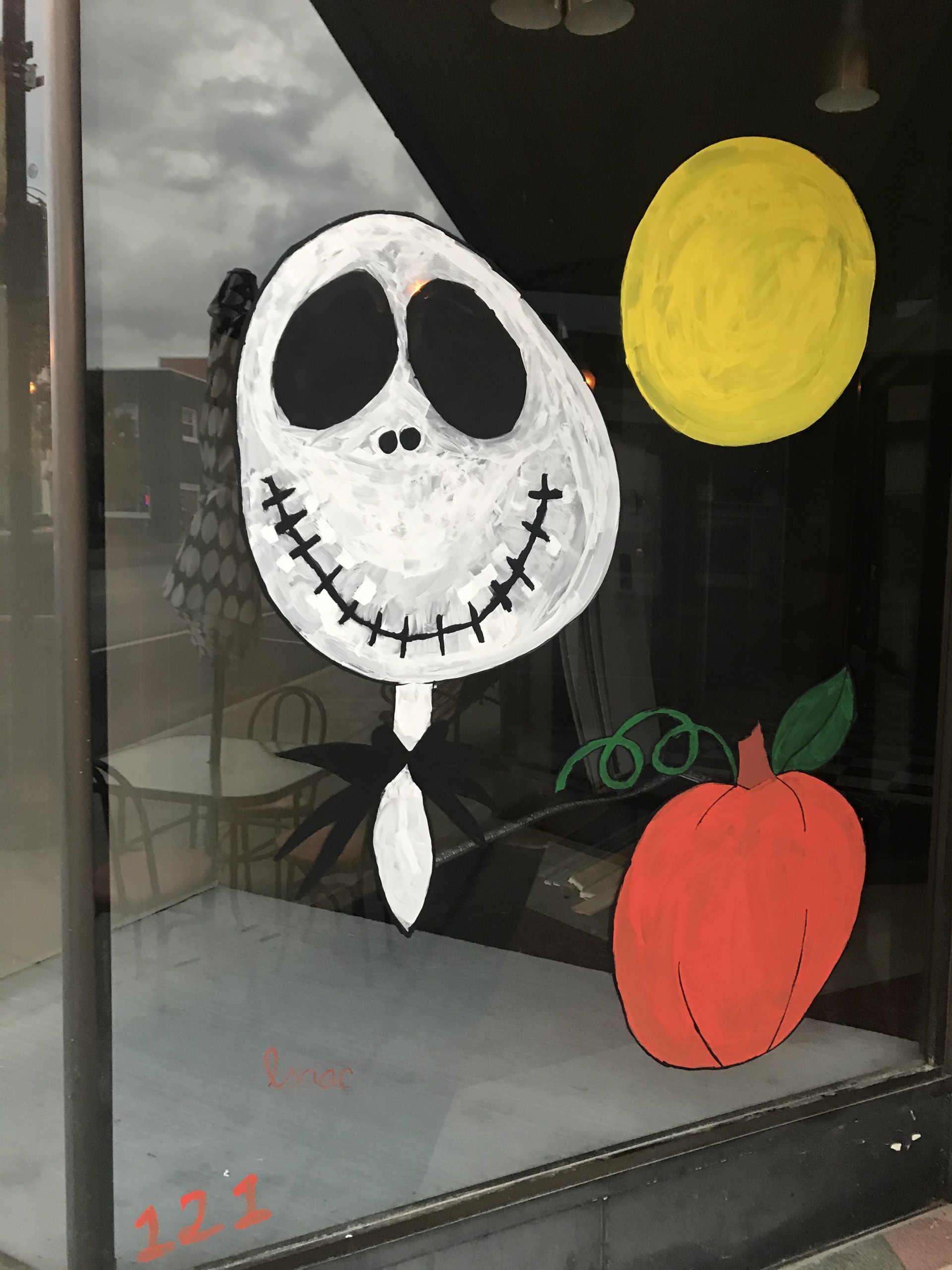 received help in the inaugural year with finding students to paint by working with art teachers at Anderson County’s middle and high school, as well as Christian Academy of Lawrenceburg.

Supplies for the painting were paid for through donations from the businesses where the painting will be done, as well as a generous donation from the Anderson County Arts Council. 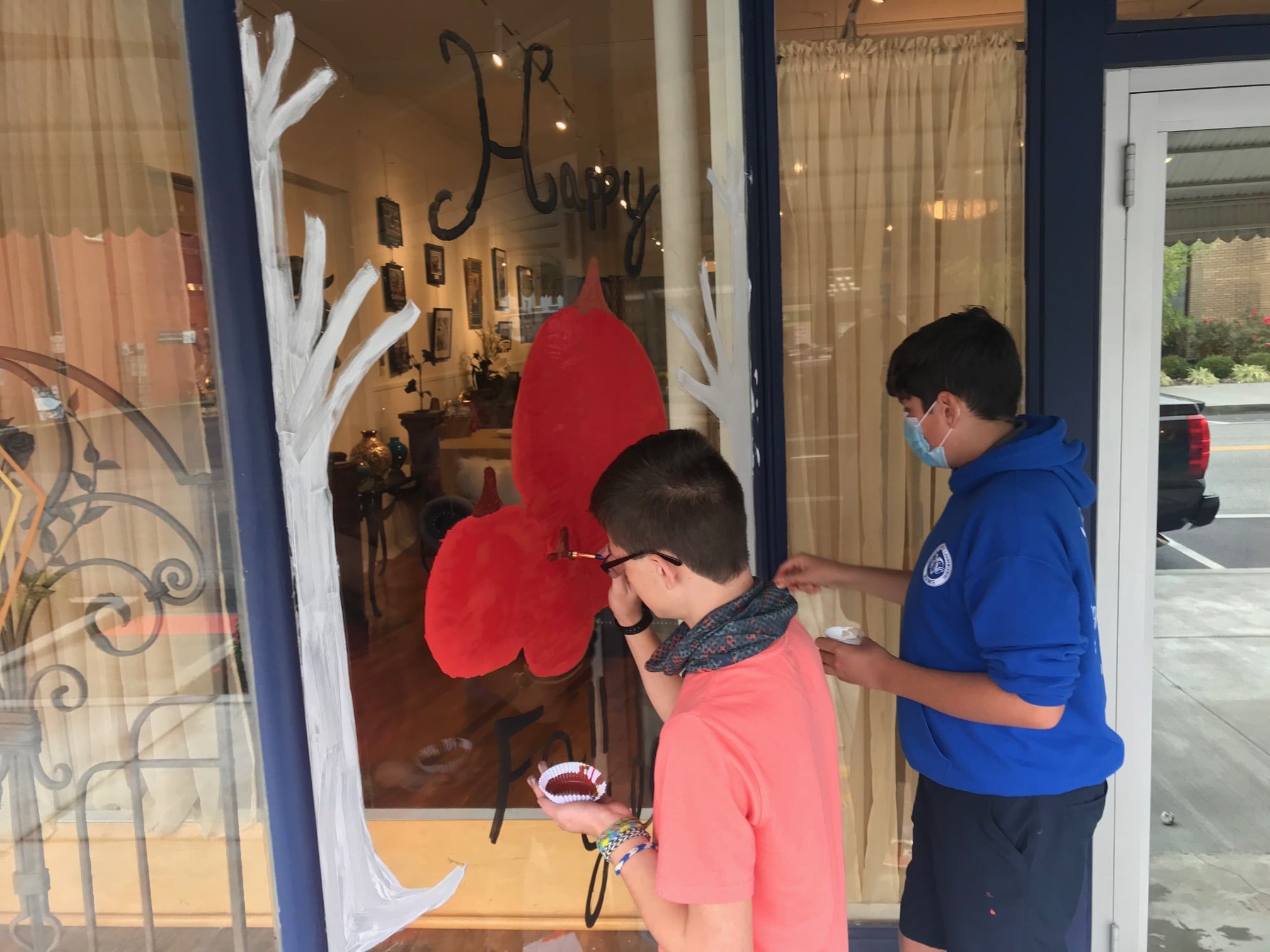 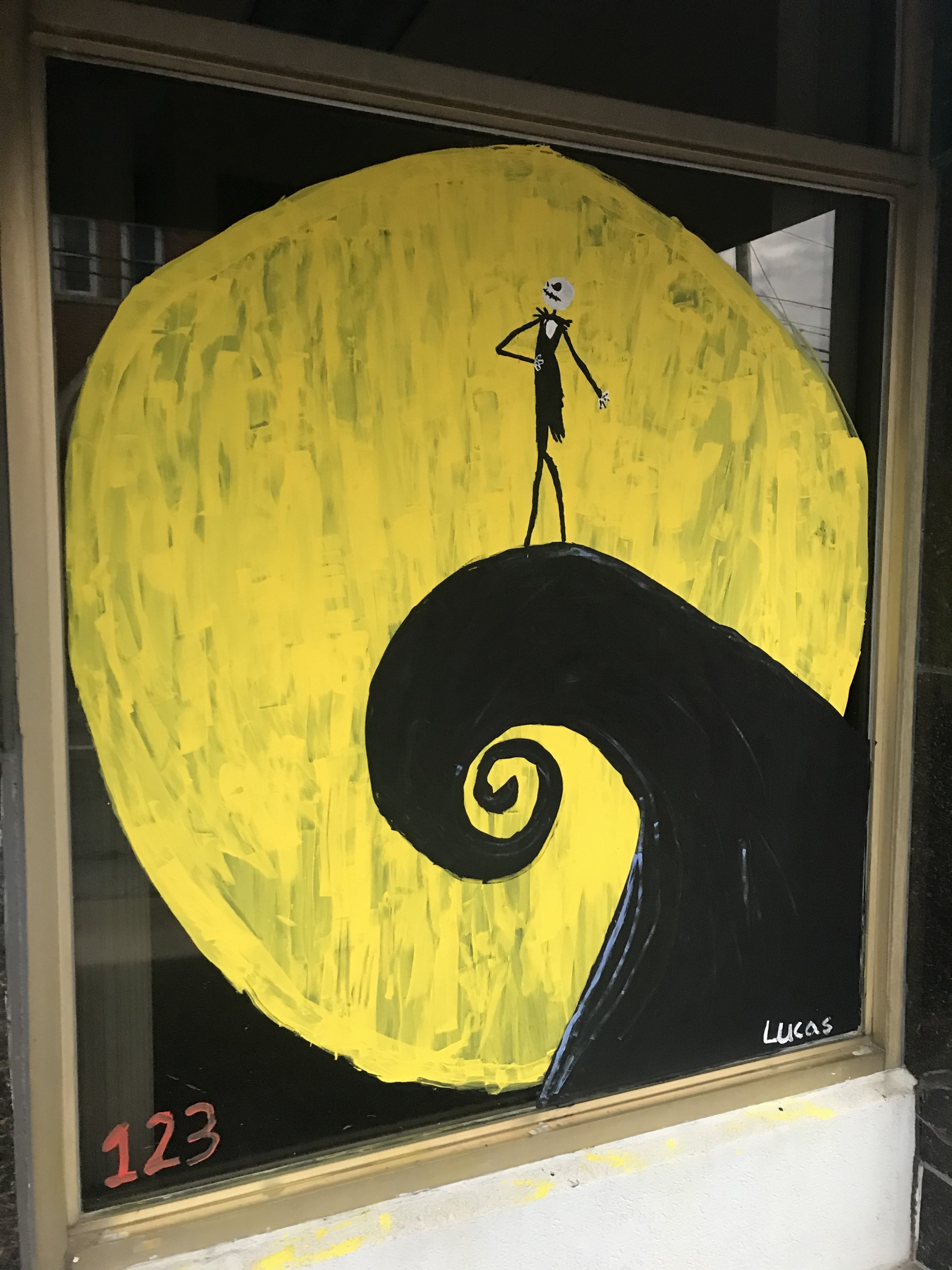 Ace Hardware in Lawrenceburg also donated brushes for the young painters to use.

Once the painting was all done, winners from the middle school and high school categories were chosen by members of the Arts Council. All of their artwork will remain in place through Halloween for residents and visitors to stroll around downtown and enjoy.

Pumpkins carved for the Jack-O-Lantern Spectacular are in place now and lit up each night through Halloween.