LEXINGTON, Ky. (WTVQ) – A man in his 30s was shot outside a home in a residential 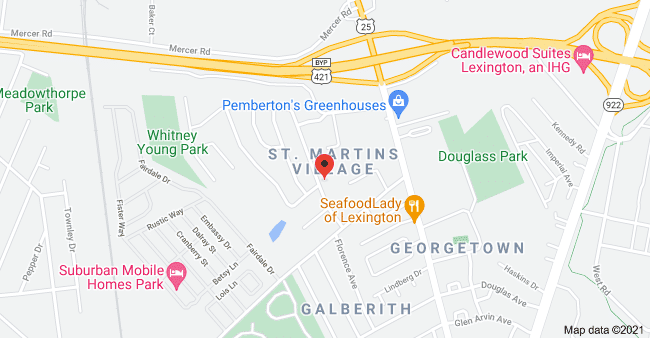 Click to enlarge map of the area where shooting occurred

neighborhood Wednesday afternoon and at least one resident says he’s tied of the violence.

The man suffered non-life-threatening injuries, according to Police Lt. Samantha Moore. She said she wasn’t sure where he was shot. He was taken to UK Chandler Medical Center, she said.

The call was reported 4:25 p.m. in the 900 block of De Porres Avenue, south of New Circle Road not far from Georgetown Road.

Police had several conflicting descriptions of a possible vehicle involved, settling on a gray or silver, four-door passenger car with few other details.

Moore was not sure how many casings were found, but witness Jason Sykes, who lives near the scene, said he heard five shots. Sykes also said he’s tired of the gun violence that continues to disrupt neighborhoods and families.

“I don’t know why, but it just seems like every time you look up, somebody – if it’s not in this neighborhood, it can be any neighborhood anywhere around Lexington,” shared Sykes.