LOUISVILLE, Ky. (WTVQ) – It’s a 35-year sentence for a man who pleaded guilty in a crash that killed a Louisville Metro Police Department officer.

WHAS in Louisville says a judge handed down the sentence against Wathaniel Woods on Friday.

Woods pleaded guilty on on April 27 to the murder of officer Nick Rodman.

Woods led Louisville police on a high-speed chase on March 28, 2017 and, during that chase, he slammed into Rodman’s cruiser.

Rodman, who was 37, later died from his injuries.

Rodman was a three-year veteran of the Louisville Metro Police Department and a graduate of Georgetown College.

WHAS says Woods will be eligible for parole in 20 years. 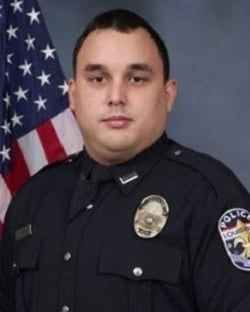