Man passed out in roadway, busted for meth 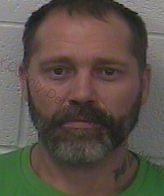 According to the Knox County Sheriff’s Department, Challis Davis,f Flat Lick, was charged at about 4 p.m. Sunday after Deputy Sam Mullins spotted a car with out-of-state license plates sitting in the road in the Hales Branch area of the Stinking Creek community.

Mullins found Davis unconscious in the driver’s seat with the vehicle running, in drive, the department said.

After repeated attempts, Mullins finally was able to awaken Davis. While getting him out of the car, the deputy found marijuana and methamphetamine on the seat between his legs.

The deputy also recovered money from Davis’ pocket, the department said in a statement.

In addition to be charged with second offense meth trafficking and possession of marijuana, Davis faces parole violation, the department said.

Paws 4 The Cause hosts annual Barktoberfest