LAUREL COUNTY, Ky. (WTVQ) – A man was left injured in Laurel County after the car he was in flipped early Monday morning.

According to the Laurel County Rescue Squad, it happened around 12:55 a.m. in the 5600 block Barbourville Road.

They say a man was trapped in the overturned car and needed to be pulled out by firefighters.

He was taken to the hospital.

According to Kentucky State Police, the driver was charged with driving under the influence. 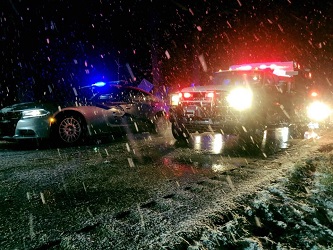