WINCHESTER, Ky. (WTVQ) – A 25-year-old Winchester man is charged with 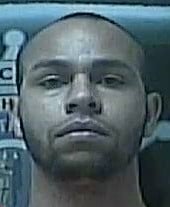 robbery in what police suggest may have some more elements.

Brandon Ingram, of 394 S. Main St., was charged late Monday afternoon after a woman told Winchester police she got into Ingram’s car to get a ride and he pulled a gun and demanded money, according to a report in the Winchester Sun newspaper.

The woman got out at 221 Mutual Ave. just before 6 p.m. and called police when Ingram left, according to the report.

Officers found Ingram later at a home on Williamsburg Drive and recovered a gun and some of the stolen money, the newspaper reported.