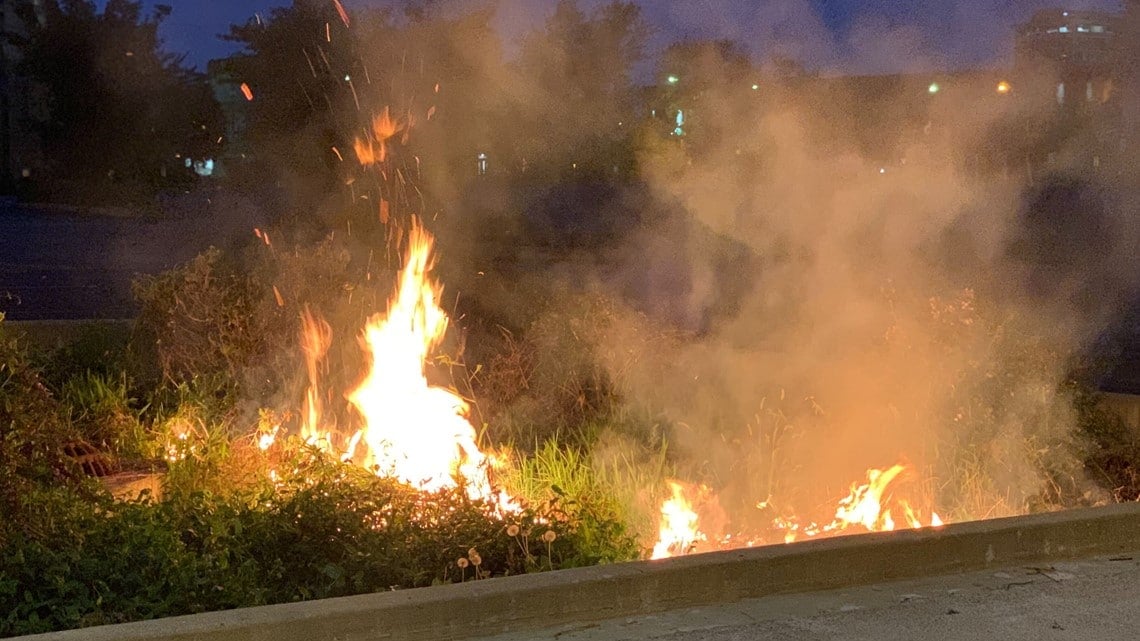 Wednesday night are recovering Thursday morning, according to the department.

Meanwhile, 127 people were arrested during Wednesday night’s protests on charges ranging from disturbing the peace to inciting riots.

FBI Louisville issues statement on Twitter, asking for the public’s help to learn more about how two LMPD officers were shot Wednesday night. Anyone with photos or videos of the incident are asked to submit them online.

Louisville Mayor Greg Fischer said the two officers’ injuries are not life-threatening. He asks for prayers for the officers  and their families, and the city.

Chief Robert Schroeder said the two were shot at 1st Street and Broadway while responding to reports of shots fired nearby.

Larynzo Johnson has been charged in connection with the shooting of the two officers.

He is facing 14 counts of wanton endangerment and two counts of assault.

The shooting was first reported during a livestream on LMPD’s Facebook page. An officer can be heard saying “Officer down” and “Take cover” near the intersection of Brooks St. and E. Broadway. The stream ended abruptly.

Protests started throughout Louisville after the Jefferson County grand jury indicted former officer Brett Hankison for three counts of wanton endangerment after his shots fired into a nearby apartment the night of Breonna Taylor’s death.