Man charged after forcing 18-wheeler off the road: Deputies

with DUI and other offenses after he allegedly caused an early-morning accident that caused an 18-wheeler to leave the road and overturn on I-75.

According to Laurel County Sheriff John Root, Eric W. Wright was arrested following the accident which happened about two miles north of London at about 12:05 a.m. Saturday and shut down part of the interstate for more than three hours. 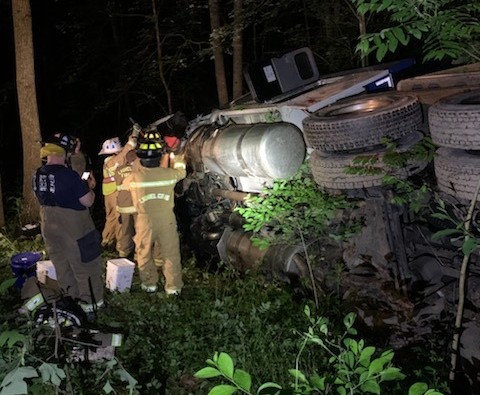 Deputies had received a complaint about a reckless driver and were on their way to look for that suspect when they received the call about an accident involving the driver and vehicle, according to Root.

Deputies learned Wright’s black GMC Yukon struck a semi-truck causing it to overturn and travel off the roadway on its side approximately 452 yards into a wooded area and over an embankment, according to Root’s post on the department’s Facebook page.

The truck driver was transported to St. Joseph Hospital London for treatment.

The Yukon traveled about 223 yards into the woods.