UPDATE: (03/15/19) – The Louisville Zoo is set to reopen Friday, following a week-long closure from a massive sinkhole.

Zoo officials took to Twitter Thursday writing, “Our engineers conducted assessments for the past week, and the remainder of the zoo does not appear to be adversely impacted by this singular subsidence event.”

UPDATE: (03/12/19) – A Kentucky zoo remains closed Tuesday, after a massive sinkhole opened up on the property last week.

The Louisville Zoo took to Twitter Monday evening writing, “We are closed tomorrow (Tuesday, 3/12). Thank you for your patience! We are optimistic that we will reopen very soon.”

UPDATE: (03/08/19) – The Louisville Zoo remains closed Friday after a massive sinkhole opened up on the property.

Zoo officials took to Twitter late Thursday evening to announce the continued closure saying, “The Zoo will be remain closed again tomorrow. A team of mining, civil & geo-tech engineers along with excavators continue to inspect the sinkhole. When the team determines the entire area to be safe the Zoo will resume full operations. Thank you for your patience & kind words.”

While there’s still no official cause, zoo officials say it could be related to all the wet weather.

LOUISVILLE, Ky. (AP) – A Kentucky zoo has closed while engineers study a newly discovered sinkhole nearly as large as a football field.

Louisville Zoo spokeswoman Kyle Shepherd told news outlets the sinkhole was found Wednesday in an undeveloped area away from any zoo animals. She said no people or animals were reported injured and no buildings damaged.

The nearby Louisville Mega Cavern also said Wednesday it is temporarily closed because of a 3.4 earthquake reported Tuesday in neighboring Tennessee.

Officials said they haven’t determined whether the earthquake caused the sinkhole. Meiman says causes could include rain or “natural occurrences” underground. 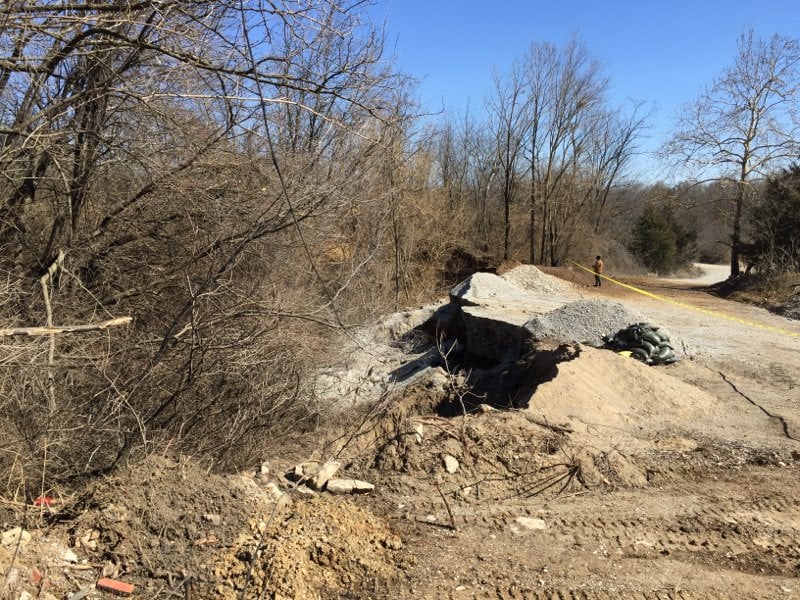 LOUISVILLE, Ky. (WTVQ) – The Louisville Zoo is closed for the day after a sinkhole was discovered, according to WHAS in Louisville.

The zoo will be speaking at 2 p.m. We will bring you more information as we receive it.

City of Clinton to get $1M grant for new nursing facility