LEXINGTON, Ky. (WTVQ) – A juvenile has been charged in connection with a fatal hit-and-run collision that happened in downtown last weekend.

On Friday, March 5, investigators with the Lexington Police Collision Reconstruction Unit charged a 14-year-old male with second-degree manslaughter, second-degree wanton endangerment, leaving the scene of an accident, no operator’s license, and possession of marijuana.

He also faces charges of receiving stolen property and theft – receipt of a stolen credit card in connection with this case, police said.

Police are prohibited from releasing the suspect’s name because he is a juvenile.

The investigation found the 14-year-old was driving a stolen Chevrolet Cruze when it struck 59-year-old Donna Purcell on Saturday, February 27 as she was walking in a crosswalk on South Broadway. according to a police statement.

The suspect fled the scene in the car, which was recovered the next day.

The suspect is in the custody of the Fayette Regional Juvenile Detention Center.

LEXINGTOON, Ky. (WTVQ) – The Lexington Police Department is asking for the public’s help as it investigates a fatal hit-and-run collision.

Around 4:33 p.m. Saturday, February 27, officers responded to South Broadway and High Street for a collision involving a pedestrian. The 59-year-old victim, Donna Purcell, identified by the Fayette County Coroner’s Office, was struck while in the crosswalk with the right-of-way. She was transported to a hospital and suffered fatal injuries.

The investigation thus far has determined that the vehicle which struck Purcell fled inbound on South Broadway. The vehicle was believed to be involved in several vehicle break-ins on the Transylvania Campus earlier Saturday. 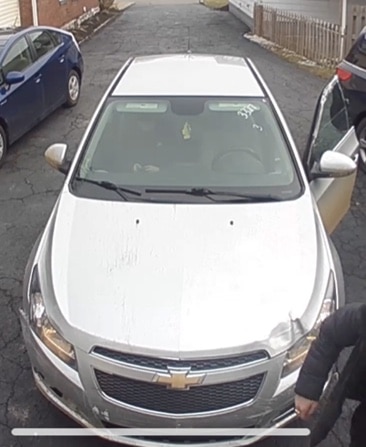 Investigators are working to identify a suspect, and passengers, driving a gray Chevrolet Malibu or Cruze, as well as looking for surveillance video from the area.

Anyone with information about this case is asked to contact the Lexington Police Collision Reconstruction Unit by calling (859) 258-3663. Anonymous tips can be submitted to Bluegrass Crime Stoppers by calling (859) 253-2020, online at www.bluegrasscrimestoppers.com, or through the P3 tips app available at www.p3tips.com.

LEXINGTON, Ky. (WTVQ) – A 59-year-old woman has been identified as the person who died after being struck by a car that left the scene Saturday afternoon.

Fayette County Coroner Gary Ginn said Donna Purcell died at 4:49 p.m. at the University of Kentucky Medical Center where she’d been taken after being struck at South Broadway and High streets in downtown Lexington.

As oof Sunday morning, Lexington Police still were looking for the car and its driver.

It happened around 4:30 p.m. on High Street and Broadway downtown.

Police say a driver hit a woman and fled following the crash. The woman was taken to the hospital with serious, life-threatening injuries, according to police.

The possible car involved is described as a four-door silver Chevrolet, likely a Malibu or a Cruze, with a front left tire that is likely a spare, according to police. The front of the car would also have moderate damage.

Anyone with information about the driver or the car is asked to contact the Collision Reconstruction Unit at 859-258-3663.