LEXINGTON, Ky. (WTVQ) – A Lexington man who went to prison for killing his baby boy and was pardoned by then-Governor Matt Bevin, was arrested on strangulation and assault charges on Friday, according to the Fayette County Detention Center website.

In 2001, Smith was 17-years old when he was charged in Lexington with killing his six-week old baby boy, Blake.  He was convicted and sentenced to life in prison, according to court records and media accounts at the time.

In 2009, Smith took part in a prison riot at the Northpoint Training Center in Boyle County that left correctional officers and inmates injured and buildings either damaged or destroyed by fires, according to the Lexington Herald-Leader.

Smith was charged with assaulting a guard with an object and taking part in the riot.  He pleaded guilty to both charges as part of a deal for a five-year sentence to be served concurrently with his life sentence, according to the Lexington Herald-Leader.

On December 6, 2019, Gov. Matt Bevin pardoned Smith.  It was one of a slew of last minute pardons issued by Bevin before leaving office.  The one-term Republican governor was defeated by Democrat Andy Beshear.

In issuing the pardon, Bevin said Kurt Smith had been “duly punished” for a crime 18-years ago.  “I am confident that he will become a productive member of society and encourage him to use his life experience to educate and help others,” Bevin wrote. 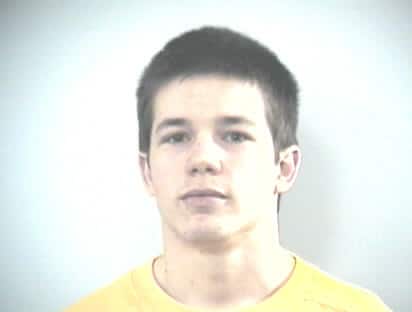 State road crews ready for next round of winter weather