LEXINGTON, Ky. (WTVQ) – A Lexington man hopes to break the Guinness World Records. Brendan Kelly is a 5-time American Ninja Warrior. He’s now hoping to break the record for most chin-up’s in 24 hours.

Kelly is the owner of a gym in Lexington called Ultimate Ninja Athletics where he plans to host the world record event. He says the current record to beat is 5,340 chin-up’s.

Kelly shared an image on social media about training for the event, writing in part, “I will be doing six hours of chin-up’s with an additional 25 pounds.”

Kelly competed in Season 13 of American Ninja Warrior. You can read more HERE. 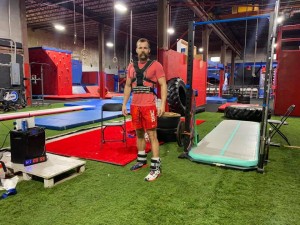