Steve Rogers,
LEXINGTON, Ky. (WTVQ) – To celebrate the start of fall, PETA has scoured the country for the best and heartiest vegan chili dishes and The Social Vegan has landed a spot on the list for its vegan chili queso cheese fries, loaded with meatless chili-spiced crumbles, dairy-free queso, green onions, and chopped tomatoes. 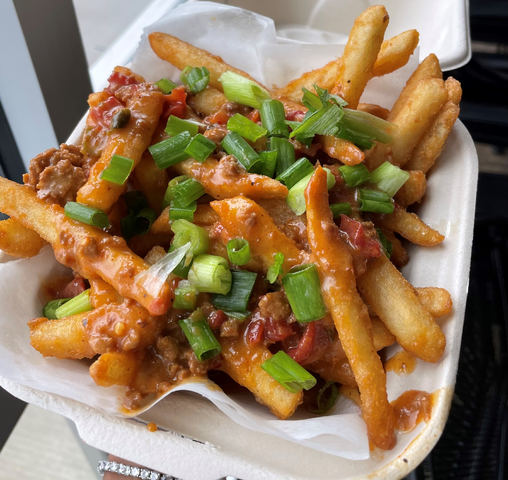 “Chili fries are the ultimate comfort food, and these come with the comforting thought that no animals were harmed to make them,” says PETA President Ingrid Newkirk. “PETA celebrates The Social Vegan for helping people tuck into their favorite foods without the cruelty or the cholesterol.”
PETA’s motto reads, in part, that “animals are not ours to eat.”
Vegan meat sales increased 148% in 2020 compared to the year before, and 47% of Americans want to incorporate more vegan foods into their meals in 2021, according to a survey.
Other honorees include Plant Bae in Montgomery, Ala.; Arles & Boggs Vegan Eatery in Wallingford, Conn.; House of Leaf & Bean in Jacksonville, Fla.; The Grit in Athens, Ga.; and Ben’s Chili Bowl in Washington, D.C.
Each eatery will receive a framed certificate from PETA, which offers many vegan chili recipes on its website.
Categories: Local News, News
Tags: meatless chili, PETA, Social Vegan, vegan chili