LEWIS COUNTY, Ky. (WTVQ) – Kentucky State Police say a man barricaded himself in a garage Friday night after breaking into a home and assaulting three adults and two children.

Troopers say they were called about assisting Lewis County Sheriff’s Department and Vanceburg Police in a domestic violence complaint call on Dearing Lane around 5 p.m.

Deputies say a caller said a man with a rifle was trying to enter a her home and had broken out windows.

During the standoff Hord pulled out a rifle and fired shots in the direction of the deputies and officer, according to the Sheriff’s Department.

Deputies then fired their guns in response, causing the man to retreat to the detached garage, according to a report.

No one was injured in the gunfire.

Hord was in the garage until 10 p.m., police say he told investigators he poured gasoline on himself. 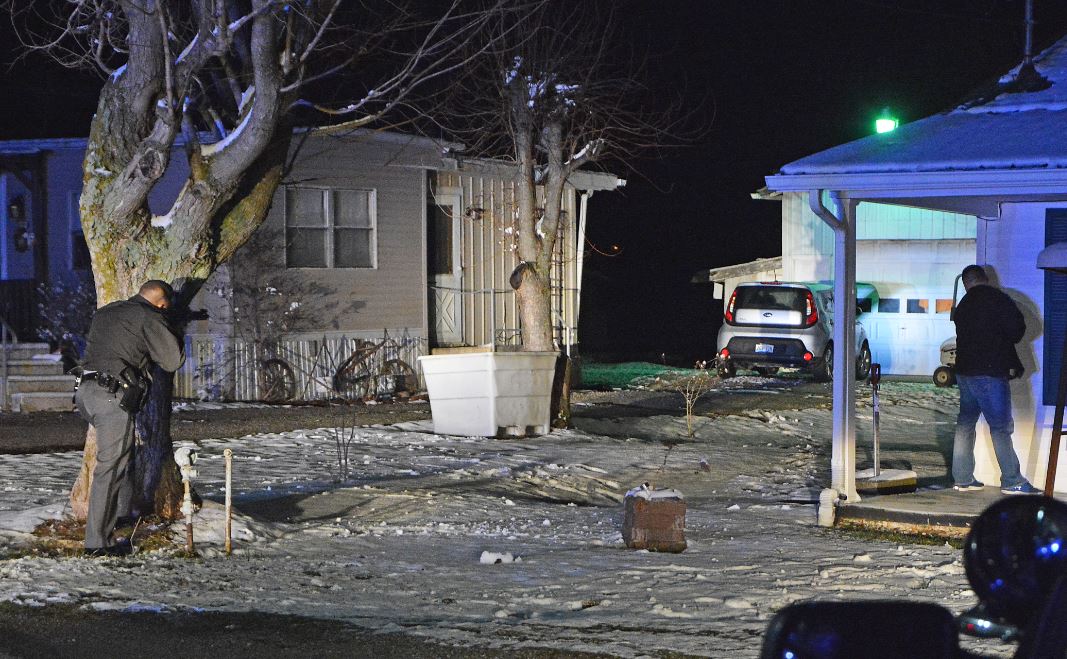