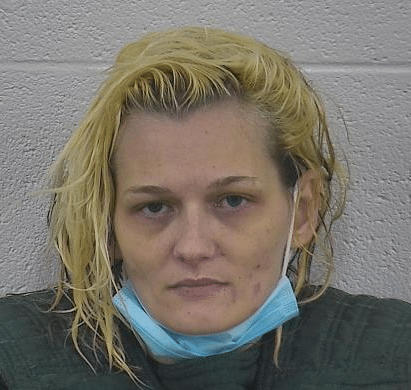 She was scheduled for an initial appearance Wednesday in Laurel County District Court.

Investigators say the East Bernstadt woman was wanted in Laurel County for complicity to commit murder in connection to the shooting death of 32-year-old Jeremy Caldwell, of Manchester. He was shot to death Dec. 20, 2020 in Laurel County, according to deputies.

Sheriff Robinson says the tip led authorities to a home off Cool Springs Road around 8 p.m.

Sheriff Robinson says the home was surrounded and Lewis was found inside trying to hide in a bedroom. Investigators say she was arrested without incident.

39-year-old Robert Brandon Gray, of Keavy, was arrested two days before Christmas and charged with murder in the case.

LAUREL COUNTY, Ky. (WTVQ) – A $500 reward is being offered by London-Laurel Crime Stoppers for information leading to the arrest and conviction of 30-year-old Ashley B. Lewis, of East Bernstadt, is wanted for complicity in connection with a Dec. 20 homicide that left 32-year-old Jeremy Caldwell, of Manchester, dead.

She has been on the run since then. On Dec. 23, investigators caught 39-year-old Robert Brandon Gray, of Keavy, who is charged with murder in the case.

The Laurel County Sheriff’s office was seeking two suspects allegedly involved in the murder of Jeremy Caldwell, 32, of Manchester, which occurred off Highway 490 at Highway 1376 across from a business parking lot approximately 5 miles north of London on Sunday afternoon 12-20 -20 at approximately 2 PM. The two suspects fled the scene in a silver Pontiac G6 after the fatal shooting.

Root, Detectives and Deputies responded to the location they had developed information on, and the suspect attempted to flee out a back window, but ran back inside the residence and would not come out. Lt Chris Edwards attempted communication with the suspect with a phone system deployed by the sheriff’s office, however, the suspect would not exit, Root said.

The regional SRT was activated to respond to the scene at approx. 11 A.M. SRT deployed several tactics in an attempt to get the suspect to come out, however, the suspect failed to exit the residence. An infrared imaging system was requested from West Knox Volunteer Fire Department and SRT utilized that equipment to locate the suspect in the attic of the residence, Root said.

“SRT entered the attic area where they successfully and safely arrested the suspect,” Root stated. 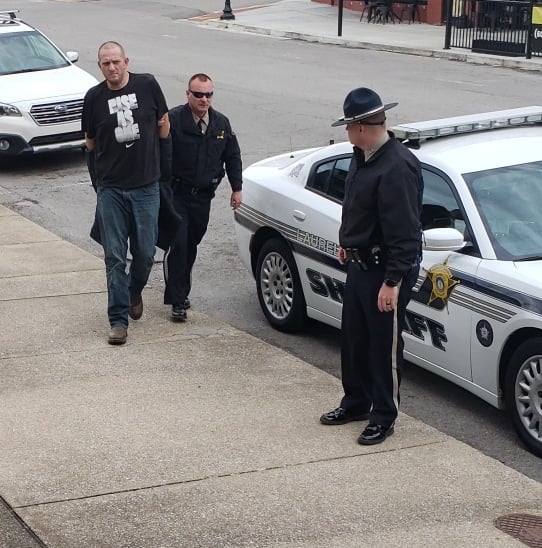 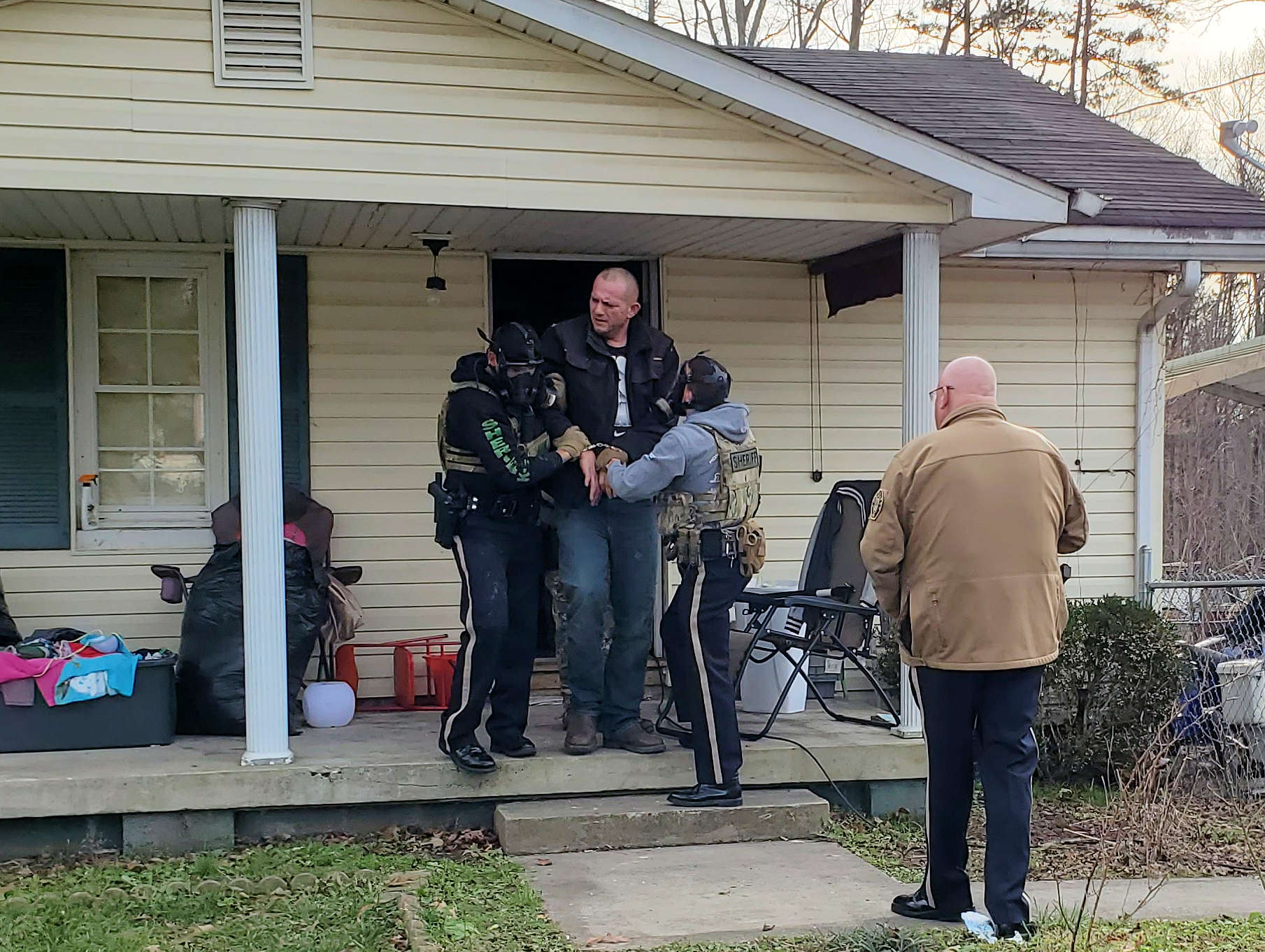 arrested at about 3:15 p.m. Wednesday following a stand off at a relative’s home on West City Dam Road about 10 miles south of London, the Laurel County Sheriff’s Department said.

The 6-foot, 8-inch-tall Gray barricaded himself in the residence, but eventually was taken into custody. No injuries 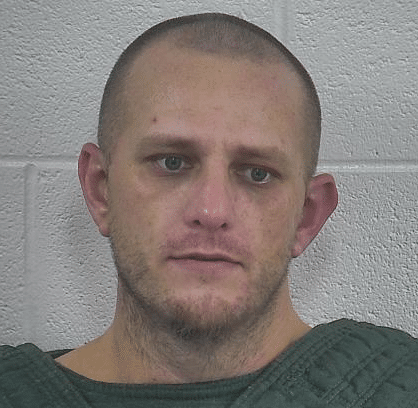 were reported, the department said.

According to jail records, he is charged with murder, resisting arrest and fleeing on foot. His bond tentatively is set at $250,000 cash, according  to jail records, pending a court hearing next week.

Ashley Lewis, the 30-year-old woman sought for complicity in Sunday’s fatal shooting, still is on the run. 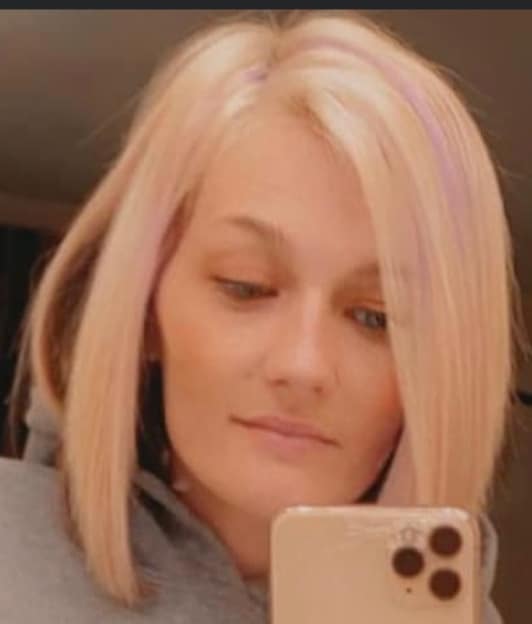 A Keavy man is wanted for murder and an East Bernstadt woman for complicity in the shooting death Sunday afternoon of 32-year-old Jeremy Caldwell in Laurel County.

According to Sheriff John Root, 39-year-old Robert Brandon Gray, of City Dam Road in Keavy, is wanted for murder in Caldwell’s death. In addition, 30-year-old Ashley B. Lewis, of Four Oaks Road in East Bernstadt, complicity to commit murder in the case, according to the sheriff.

The two suspects fled the scene in a silver Pontiac G6, investigators said.

The two are considered armed and dangerous. 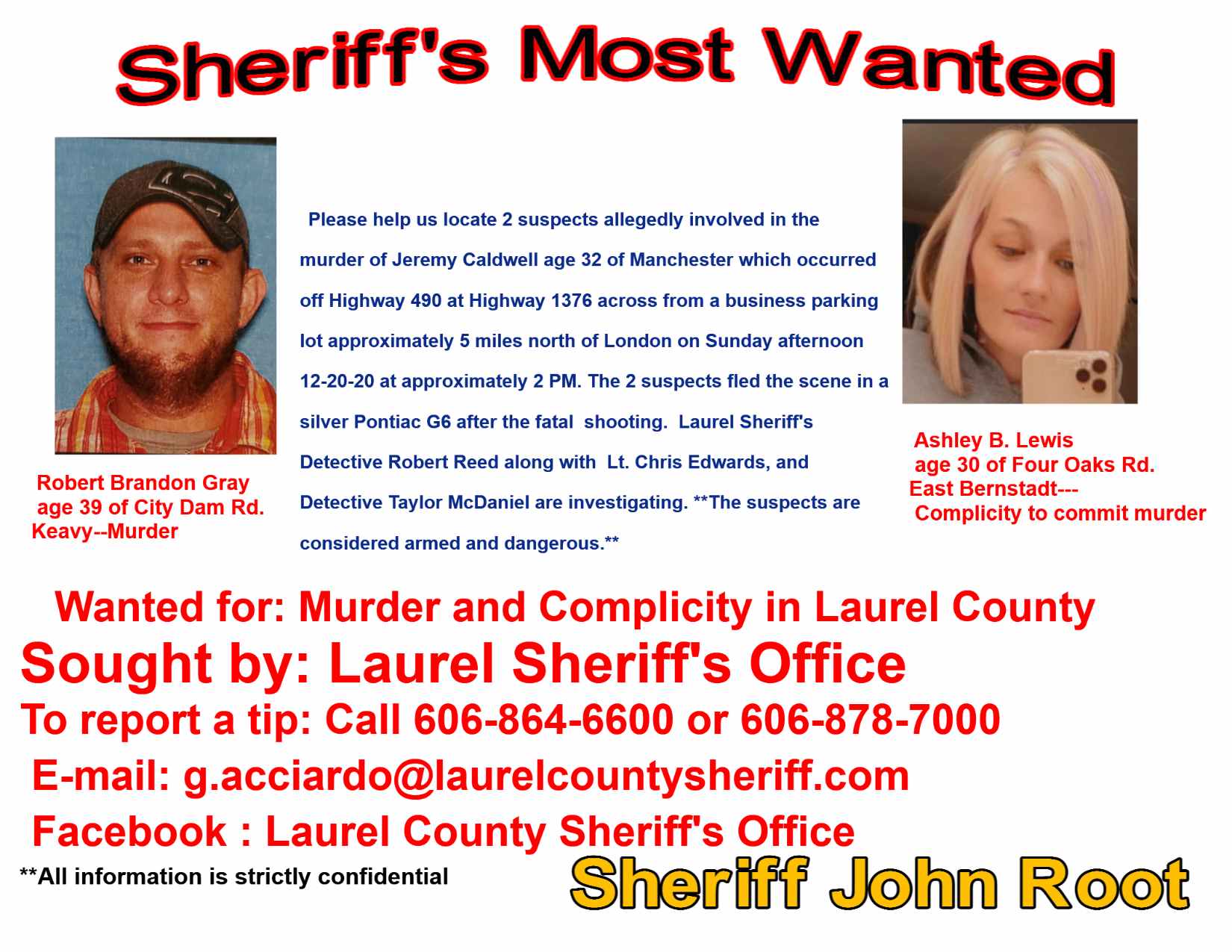 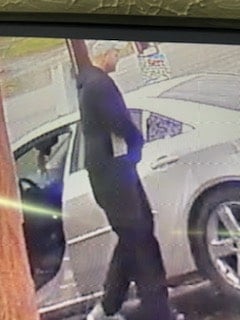 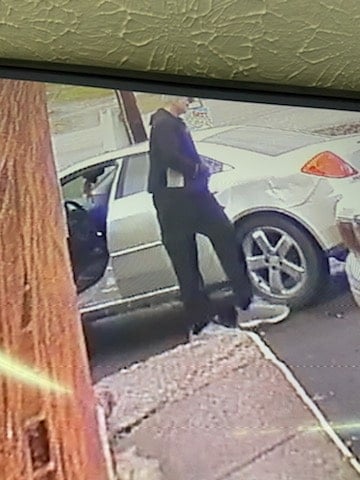 suspect in a Sunday afternoon homicide.

The suspect is pictured in these photos along with a suspect vehicle which is believed to be a silver Pontiac G6. 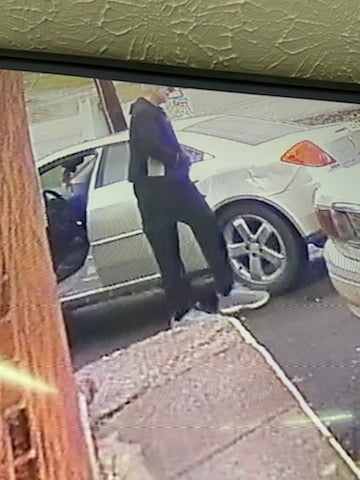 p.m. It was last seen headed southbound on Highway 490 toward London.

Deputies say a surveillance camera caught photos of the suspect’s car, now it needs help identifying who it belongs to.

The sheriff’s office says a person was shot and killed in a business parking lot off Highway 490 at Highway 1376 around 2 p.m.

They say the car was captured speeding off after southbound on Highway 490 towards London.

If you recognize this car you’re asked to contact the sheriff’s office.