LAUREL COUNTY, Ky. (WTVQ/Press Release) – Authorities in Laurel County made quite the bust as a recent investigation led to two arrests and the seizure of lots of drugs and guns.

According to the Laurel County Sheriff’s Office, investigators were working on an unrelated drug investigation in southern Laurel County off of the West Cumberland Gap Parkway around 9:30 a.m. on Aug. 18.

Through investigation of subjects in a business parking lot and patrons in the business, deputies found information leading to finding an adult female and a male juvenile suspected of possessing methamphetamine. K-9 Deputy Jake Miller and his K-9 Maverick were alerted to the presence of narcotics.

Investigators discovered close to nine and a half pounds of suspected methamphetamine, 15 firearms – four of which were found to have been stolen, and nearly 1,000 fentanyl pills.

Authorities believe the drugs are cartel related and were being transported from Atlanta, Georgia to Syracuse, New York. The two suspects were on their way before being intercepted by Laurel Sheriff’s investigators. 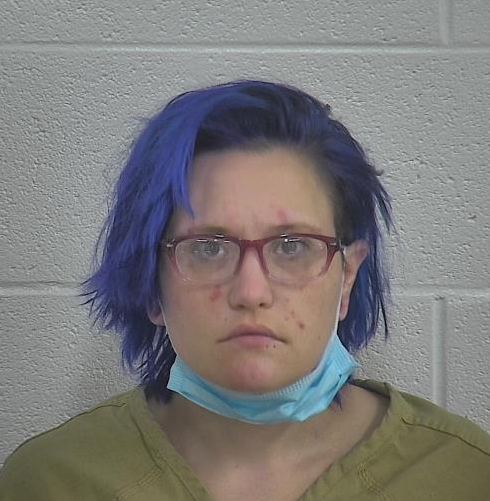 Thomas has been taken to the Laurel County Detention Center. The juvenile was turned over to the court-designated worker for disposition.

Alcohol, Tobacco and Firearms will be examining the remaining firearms to determine if they are stolen. The drug investigations and arrests will continue in Laurel County.

Laurel County Sheriff John Root said this seizure is the largest seizure of methamphetamine that he can recall.