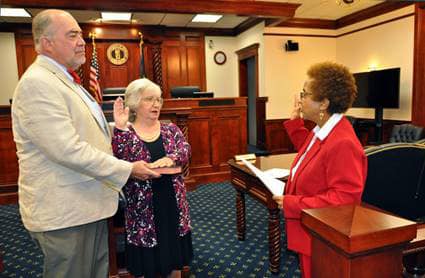 Rebecca Combs Lyon assumed the post Oct. 1. She’s worked with the court for more than 30 years and has now become the first woman in the role since Kentucky’s modern court system was created more than 40 years ago.

As clerk, she’s now responsible for custody, control and storage of all appellate records.

New award given in honor of Lexington insurance agent

Search on for Middlesboro shoplifting suspect