DAYTON, Ohio (WTVQ) – A Lexington firefighter and regional rescue team of which he is a member is returning to Kentucky and Ohio Thursday after two weeks helping with recovery efforts at the partially collapsed Champlain Towers in Surfside, Fla. 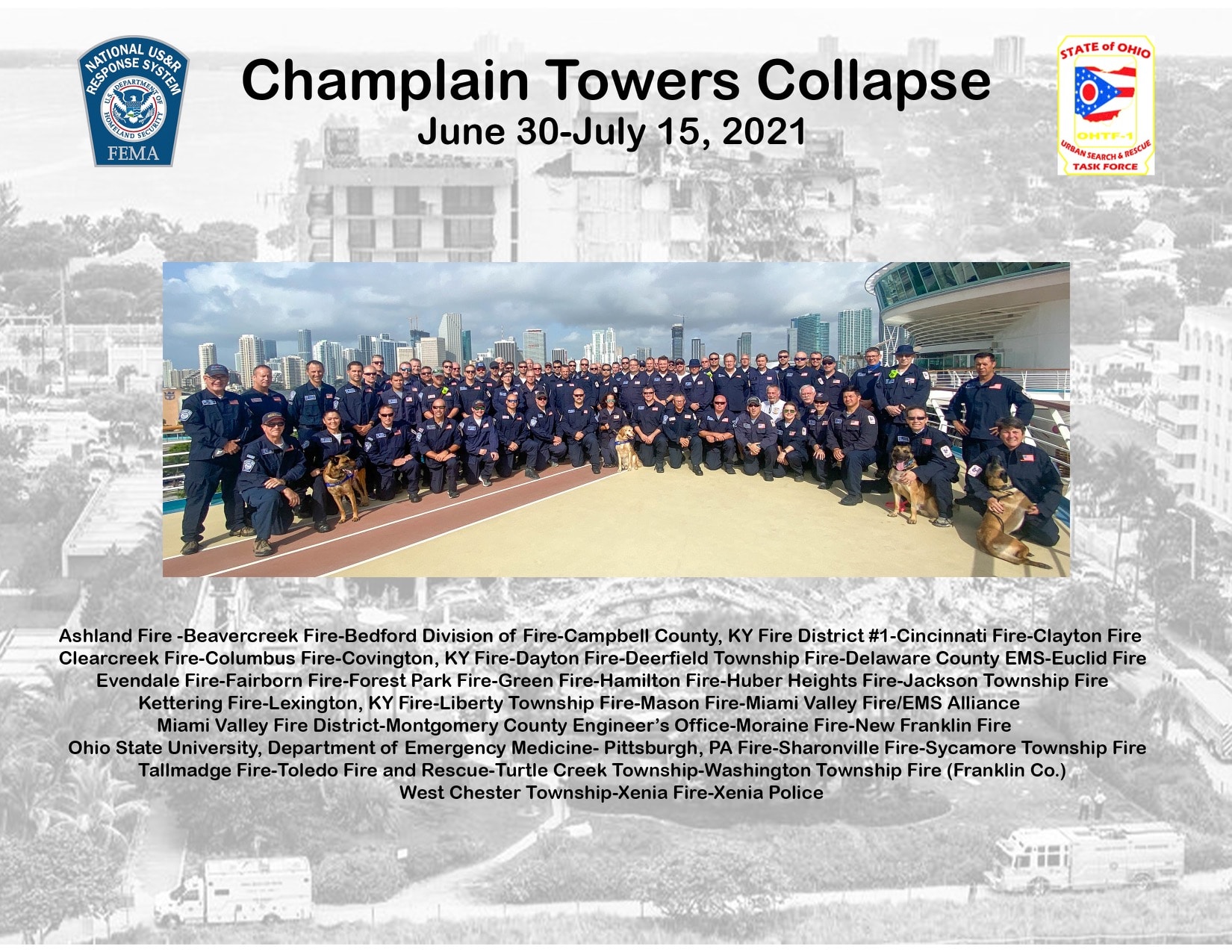 Lexington Fire Capt. Ryan Hogsten and the Ohio Task Force Team 1 based in Dayton, Ohio, was greeted with a firefighters salute by the Lexington Fire Department as its convoy made its way up I-75 northbound at about 11:15 a.m. Thursday.

SURFSIDE, FL (WTVQ) – Crews are currently scrambling in Surfside Florida right now trying to make sure the property next to that collapsed condo building is safe. That property was built by the same developer during the same time Champlain Towers North was built. At least 78 people are confirmed dead after 14 more bodies were pulled from rubble of the building. There are still 62 people are still unaccounted for. First responders at the site, say they’re not quitting until they find everyone who is unaccounted for.

Currently, there’s six first responders from Kentucky that are currently helping out with the recovery effort. Captain Ryan Hogsten with the Lexington Police Department is among those men and women who are assisting in the cleanup after the collapse of Champlain Towers South. Hogsten is a rescue team manager for the Ohio Task Force, made up of first responders from Kentucky, Ohio, Virginia, New Jersey, Pennsylvania and Indiana. The team is working with the Florida task force and FEMA at the collapse

“We have what we call a pancake type of collapse which means all the floors fell on top of each other and this is one of the hardest collapses to deal with because there’s not real void space and such to be able to search,” explains Hogsten.

After the teams arrived in Florida, they started on the 12th floor of the demolished building and tunneled their way as far as they could. Hogsten says this is a timely process since they have to “de-layer” or take off sections of the floors. The captain of the Lexington Fire Department says it is the families of the lost and missing that keep them going and why he and other first responders are working round the clock 24 hours a day, 12 hour shifts.

“We hate to see the devastation that’s happened to the families and the community but on the positive side of that seeing how the communities come together to see how responders from all across the nation have come together..It is a good thing,” says Hogsten.