LOUISVILLE, Ky. (WTVQ) – The reward is now up to $80,000 for information leading to the arrest and conviction of those responsible for the ambush shooting death earlier this month of Jefferson County Sheriff’s deputy Brandon Shirley.

The latest contribution is $5,000 from the Elizabethtown Police Foundation.

LOUISVILLE, Ky. (AP) — A sheriff’s deputy who was shot and killed in Kentucky while working an off-duty security job was laid to rest Wednesday.

Brandon Shirley, 26, was a model officer who was “one of our brightest rays of hope,” Jefferson County Sheriff John Aubrey said of his deputy.

Shirley, who became a deputy in 2019, was killed Aug. 5 in his personal vehicle at a used car lot. No arrests have been made, but a reward for information in the case has grown to $75,000.

Louisville Metro Police Chief Erika Shields said she had a “feeling of confidence that he was targeted, and that he was ambushed.”

Shirley’s father spoke on stage surrounded by Shirley’s three brothers, news outlets reported. “He was truly an amazing person,” Brian Shirley said. He described his son as someone who loved everyone and everyone loved.

More than 100 police cars escorted the hearse to the cemetery, which was filled with officers in uniform. A horse-drawn hearse carried the coffin as bagpipes and drums played.

UPDATE: (8/10/21 4 A.M.) – The FBI and ATF are now offering a $50,000 reward for information that leads to the identification, arrest and conviction of those responsible for the murder of a Jefferson County Sheriff’s Deputy.

According to Louisville Police, 26-year-old Brandon Shirley was ambushed and shot last Thursday morning while working a security job off-duty. He later died at the hospital.

Louisville’s Police Chief Erika Shields said they don’t believe this was a random act and that Shirley was targeted. 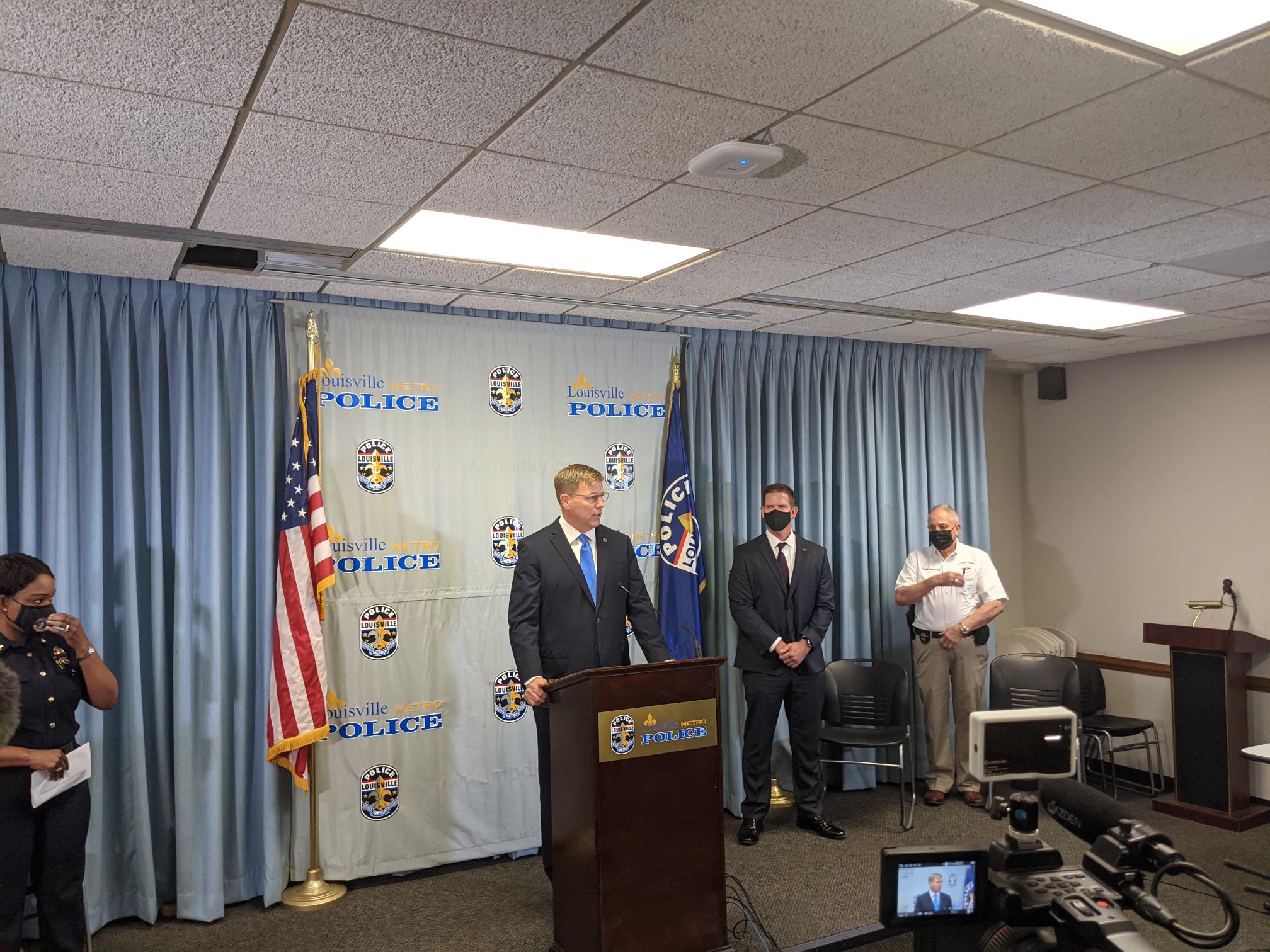 LOUISVILLE, Ky. (WTVQ/WHAS) — A Jefferson County sheriff’s deputy is dead after police say he was ambushed in Shively.

Sheriff John Aubrey said 26-year-old Deputy Brandon Shirley was working an off-duty security job at Rockford Lane Auto Sales at around 2:30 a.m. Thursday when someone shot him. Shirley was taken to University of Louisville Hospital, where he later died.

Louisville police are leading the investigation into Shirley’s death.

“If someone is really determined to kill you, they’re going to kill you, and that was the case here,” Shields said.

Shields said LMPD does have persons of interest, but did not give any additional details.

Aubrey said Shirley received a medal of valor for his work during protests in 2020, specifically his work responding to the shooting of photographer Tyler Gerth and helping arrest the person who shot him.

“Brandon was a hard-working, proactive deputy, really dedicated to his duties,” Major George Grissom said. “Everybody liked him…he was a good person, a good person to be around.”

Shields said LMPD will work to arrest those responsible for Shirley’s death.

“We will make an arrest,” Shields said. “Grieving comes later. We have a job to do.”