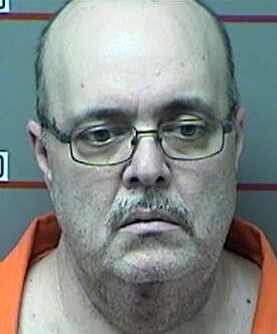 early next year on criminal charges of civil rights violations and drug trafficking.

In their federal lawsuit, Anita Stigall and her husband, Ronald Lee Stigall Jr., of 9800 N. Highway 1247 in Eubank, Ky., allege Wallace and Baldock searched their home on Nov. 29, 2019, based on falsified allegations and then planted evidence to be able to charge the couple with drug trafficking.

They note that they have yet to be indicted by a Grand Jury and that items seized from their home, including such things as toy weapons belonging to their children, have yet to be returned.

They seek a trial by jury and both compensatory and punitive damages for their losses, pain and suffering and other losses.

It’s the second lawsuit filed against the pair.

Lester Turner Jr., of Ferguson, Ky., filed suit earlier claiming Baldock and Wallace falsely arrested him on heroin and meth trafficking charges and ransacked his home on Shoopman Lane without a warrant on Feb. 2, 2020.

Baldock, who has been in office since November 2018, and the 46-year-old Wallace, whose been in office 15 years, were indicted on Feb. 27 on federal civil rights violations charges for what federal prosecutors say was a long-running pattern of intimidation, threats and false arrests as well as doctoring arrest reports to take drugs and cash.

They were arrested March 6, Wallace without incident, but the 56-year-old Baldock after a shoot out with FBI agents at his Somerset home that left him and an agent injured. Baldock as been charged with attempted murder of a federal officer as well.

In June, both also were indicted on federal drug trafficking charges.

Their trials were set for Nov. 16 and Dec. 7 in U.S. District Court in London.

Prosecutors asked those dates to be continued while experts extracted information from a cell phone Wallace provided them. Both men hope video on the cell phone will help clear them.

A judge moved the trial for both men on the civil rights and the drug trafficking charges to Jan. 19, 2020. Baldock’s trial on the shooting-related charges was moved to March 8, 2020.