I-75 in Rockcastle County creating issues for traffic

The Kentucky Transportation Cabinet reported a semi-crash around 6 A.M. The crash blocked all northbound lanes near the 63 MM for about an hour.

The Mount Vernon Fire Department says it also assisted a number of semi-trucks that had gotten stuck on I-75 overnight. The department says as crews were assisting, there were a number of close calls with other drivers. If you see emergency crews with their lights on on the side of the road, you’re asked to move over. 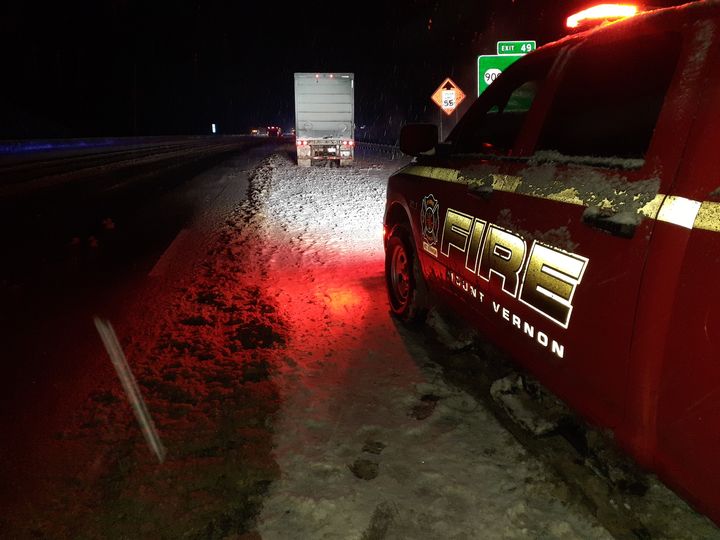 The fire department asks that if it’s not an emergency, you stay at home and off the roads.

More than 18,000 in Fayette County without power