RICHMOND, Ky. (WTVQ) – The annual ‘Jail and Bail’ fundraiser for Hope’s Wings Domestic Violence Program is normally an in person daylong event where community members are arrested and put in a fake jail setting…then raise $600 or more for bail.

“We had a prop set up and so they could have their picture taken behind the bars, but they typically sat at tables and raised their bail making phone calls and getting pledges or they could turn themselves in and bail their bail to our bail bondsman” said Executive Director of Hopes Wings, Jennifer Lainhart. 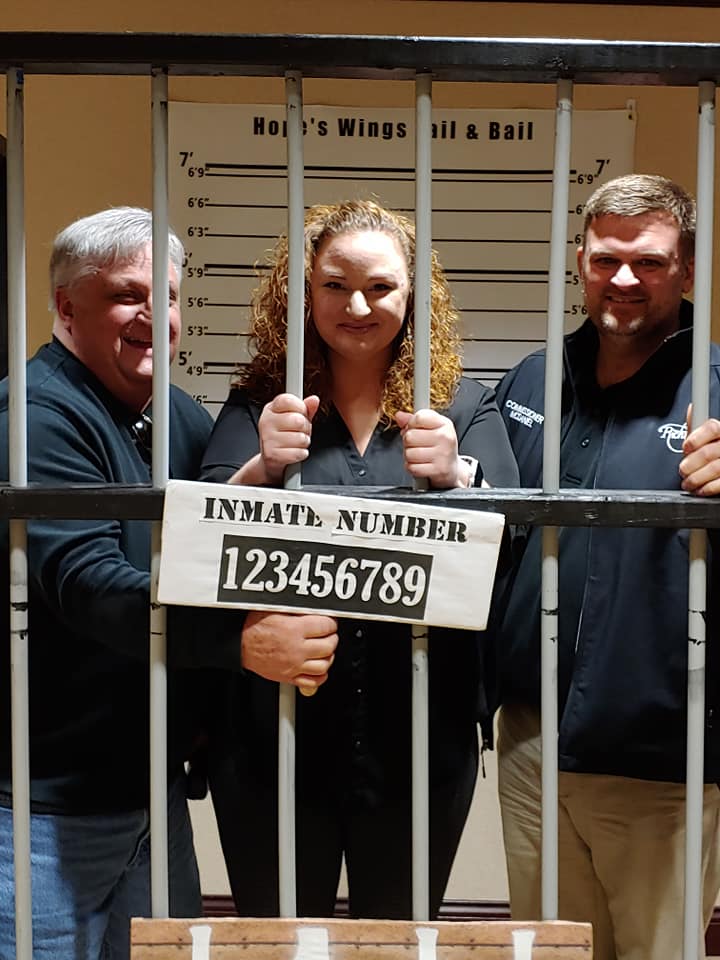 But this year, it’s going virtual because of the pandemic…with a goal of $30,000.

“It’s still something that’s very easy to do, it’s still an easy way to raise money and easy way to give money and while it’s different and we won’t get to have that interaction with one another I still think we can meet our goal” said Lainhart.

It’s the organizations largest fundraiser, with a barbecue being second, but during the pandemic everything changed.

Lainhart says they were able to do jail and bail right before the pandemic started, but the barbecue had to be cancelled.

“It would have been a major blow had we not gotten to have either of those fundraisers last year; however, we were still short one. So that was about $25,000 of operating and general funds that we typically bring in” added Lainhart.

She says the program is also seeing an increase in women seeking their help…that…along with the loss of funds they’re used to having to help these women, makes the jail and bail fundraiser even more important.

“Those general funds are key to being able to provide our women and our kids what they need to become self sustainable to have that self confidence that they need to go to work and meet their daily needs and things like that and that’s important. We really have to meet those goals this year because we were short last year” said Lainhart.

The fundraiser lasts until April 16th…you can donate on their website https://hopeswings.networkforgood.com/projects/106218-main-giving-page

JUST IN: Garbage truck destroyed in fire in Lexington

Incorporating tech into your summer