NICHOLASVILLE, Ky. (WTVQ) – A former drug addict turned business entrepreneur is pouring his passion one cup at a time. He’s using his life story to help others, providing hope and a healing space, at Monos Coffee in Nicholasville.

“We figured since there’s really nothing else to do in the world and we don’t know how its gonna go, let’s roast some really good coffee,” laughed Andrew Eberhart.

The name Monos has a personal meaning to Eberhart.

“It’s the greek root we derive ‘monk’ or ‘monastic’. I studied in Ireland ancient irish monasticism when I was in seminary,” explained Eberhart, who said it also means number one.

“On the streets I was ACE, so I thought I was number one but I realized that there’s a greater #1 in the world than me,” said Eberhart.

That realization came after several setbacks. Eberhart dropped out of high school and lost his mom when he was just 13 on Christmas. The experiences took him down a dark path.

“By the time I was 19, I was selling or moving a pound of meth a week and using an ounce myself,” said Eberhart.

In and out of jail, Eberhart said he got a second chance, thanks to his dad who stood up in court and asked a judge for help. Thee judge court-mandated Eberhart to Teen Challenge in Georgia.

Now, 16 years clean, Eberhart continues his mission work at Revive Ministries in Nicholasville where he served as a case manager.

“Had about 28 guys in my care over those two years that I was able to just mentor and help them kind of get their lives back on track,” said Eberhart.

And Eberhart hopes that partnership will continue thru Monos by serving as an educational and healing space to help, “strengthen our community against the battle of addiction and helping guys recover.”

In fact they’ve already worked together. Eberhart said several in the addiction recovery program helped with the coffee shop’s opening.

While they’ve only been open for about a month, Eberhart says seeing the way things came together feels a bit divine, “It feels bigger than us.”

It’s a mission of service Eberhart gets to share alongside his wife.

“We have this one life to make an impact and I’m getting an opportunity to do that with my wife who is literally the greatest person on planet Earth and I love her so much and I’m gonna cry. She’s supported me and encouraged me so much in all of this and if we can do this together and make an impact on our community, just imagine what other people can do,” said Eberhart.

According to Eberhart, the venue also has a stage and will serve as a music concert and event rental space. He hopes Revive Ministries will help with those events and be able to provide a support system in a family-friendly environment.

Monos Coffee is located at 2209 Lexington Road in Nicholasville. You can find hours and additional information HERE. 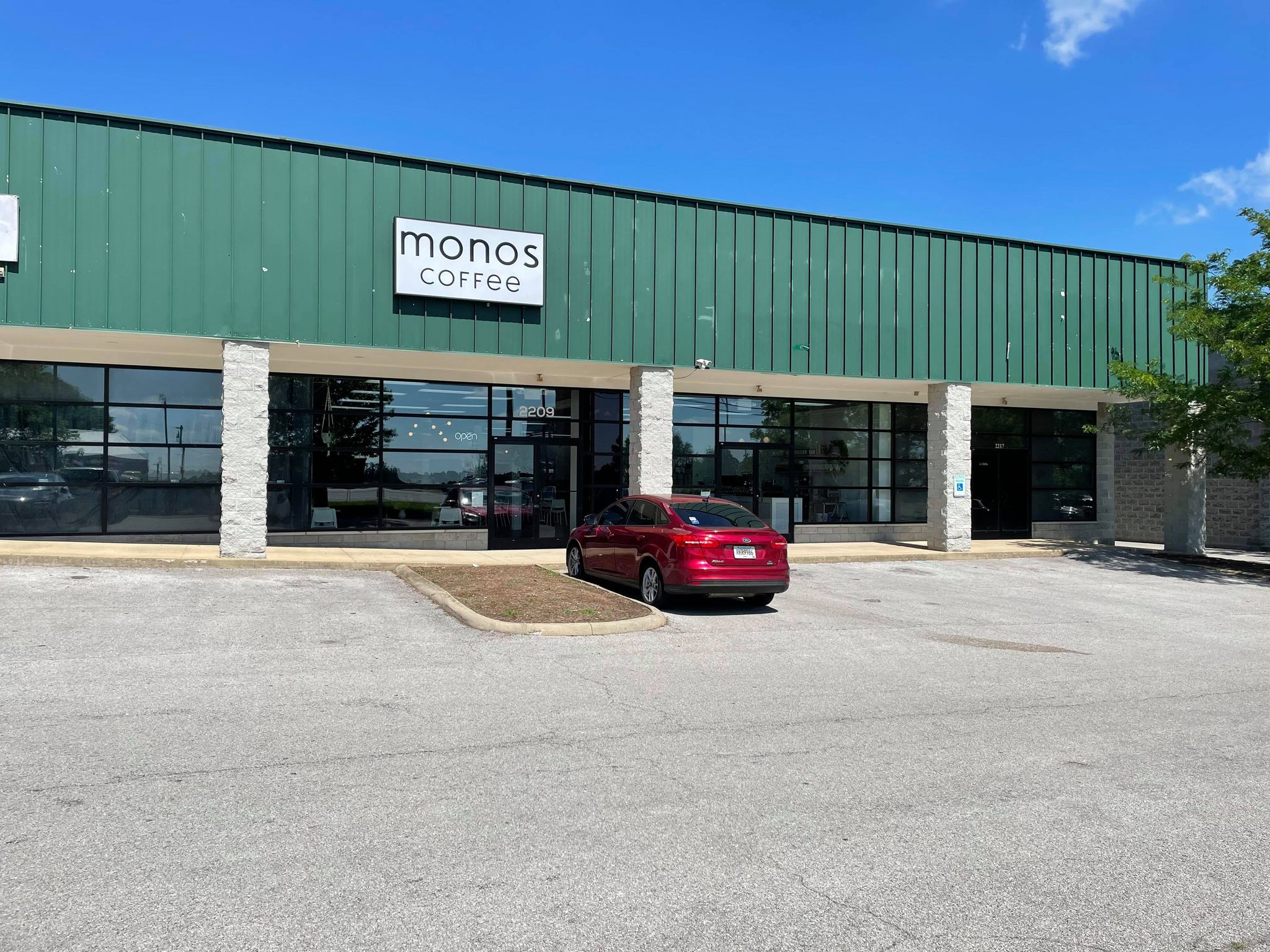