LEXINGTON, KY (WTVQ) – For a two-week period, showings were less than the averages in 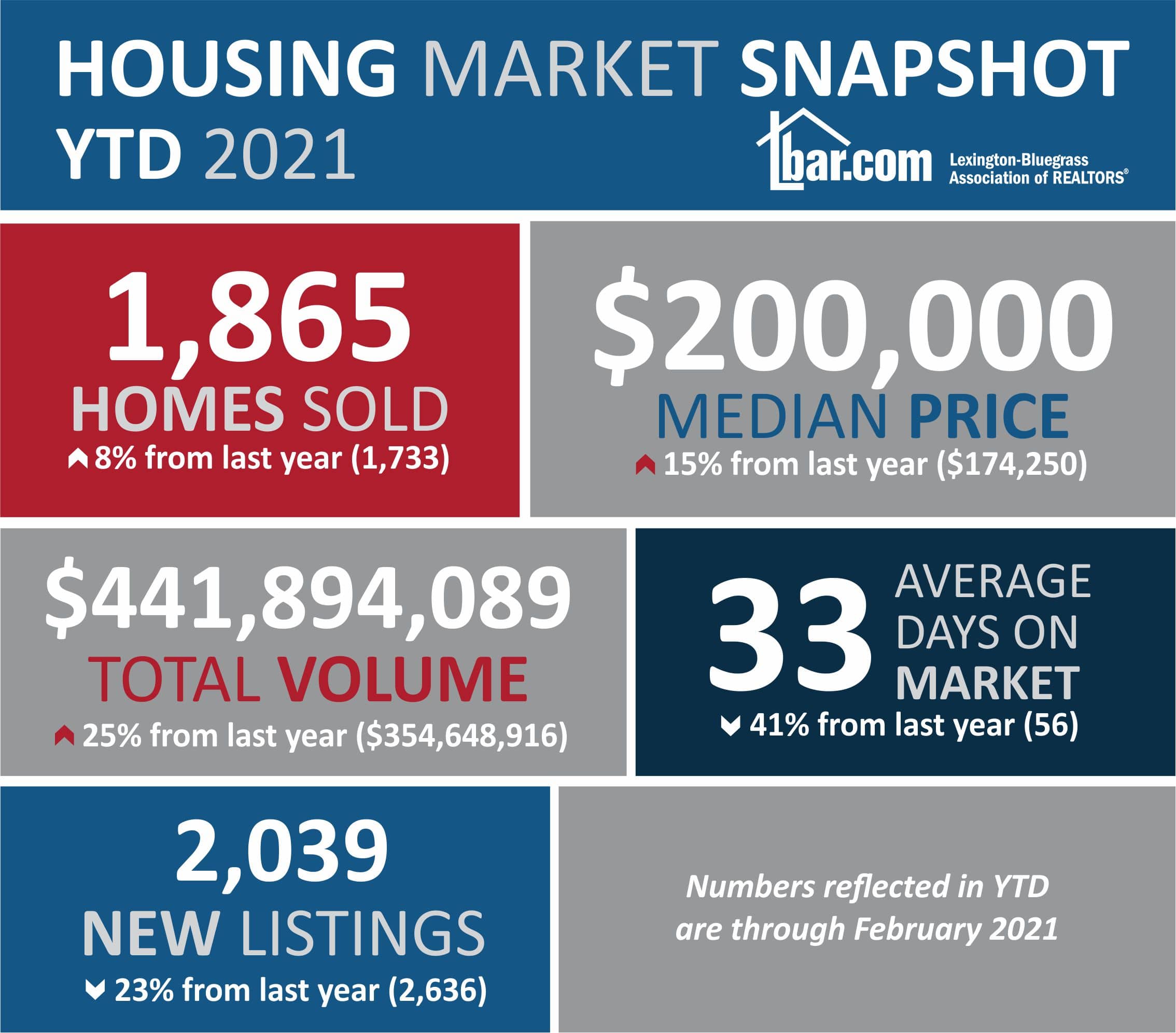 both 2019 and 2020, and February ended with a 16 percent dip in foot traffic. By the end of the month, however, showings returned to the numbers being above what was see over the past couple of years.

Although traffic to properties declined, home sales managed to end with a 2 percent increase in February, jumping from 881 transactions last year to 901 in 2021, a new record for the month.

Single-family homes increased 3 percent while townhouses/condos saw a decline of 10 percent for the month (see stats for region February 2021 Stats).

New listings fell 25 percent for the month, dropping from 1,277 last year in February to 954 this year. This was only the second time the February number slipped below 1,000, with 2014 being the other year at 983 new listings.

Total dollar volume of home transactions jumped 19 percent in February to over $213 million for the month, compared to just over $179 million last year.