LEXINGTON, Ky. (WTVQ) — The Henry Clay Center is launching a new digital series, “The Craft of Compromise.” It’s the first in a series of virtual events, according to an announcement on the center’s Facebook page.

Guest speakers will discuss the skills and values needed to solve problems in today’s political climate. The first episode will be livestreamed and recorded through the center’s YouTube channel at 2 P.M. on Thursday, Jan. 21.

The January event will be facilitated by board member Ian Ralby, CEO of I.R. Consilium and direct descendant of statesman Henry Clay. It will be hosted by Henry Clay Center alumna Lindsey Constantino.

Founded in 2007, the Henry Clay Center for Statesmanship is a bipartisan nonprofit organization that works with current and future leaders to honestly, critically and intelligently reflect on matters of national significance; debate the merits of those issues; and ultimately find the strength of character needed to arrive at a compromise and solve the problems that hinder America’s process of continual improvement for all Americans.

For more information about the Henry Clay Center, click HERE. 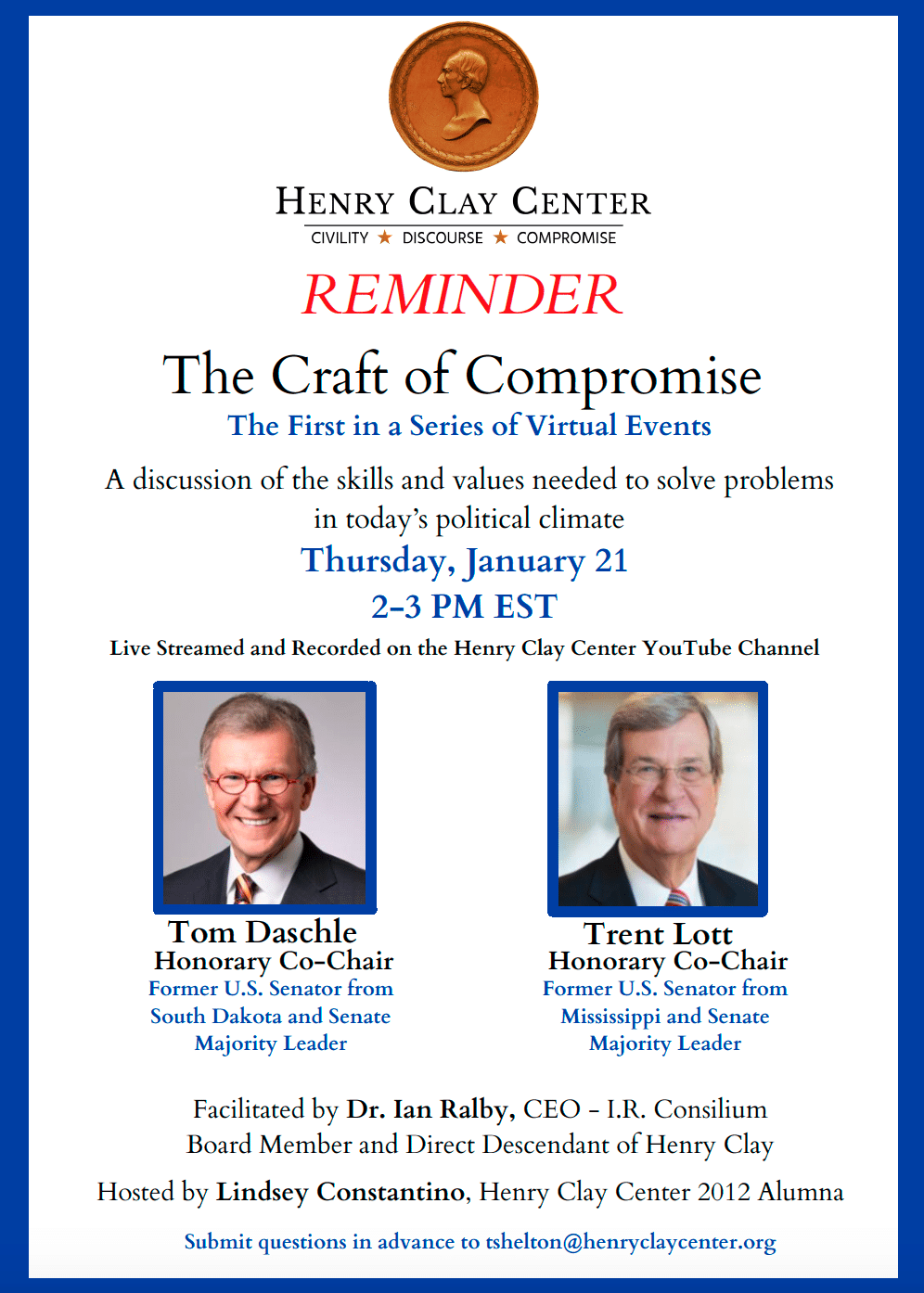