After morning fog dissipated across central and eastern Kentucky, conditions look to improve for the remainder of your Thursday. Skies will be mostly cloudy, with a few peaks of sunshine possible for the afternoon. High temperatures will reach the upper 50s, near 60. Tonight the brief break in the active weather continues as skies will remain mostly cloudy with a low chance of any rain. 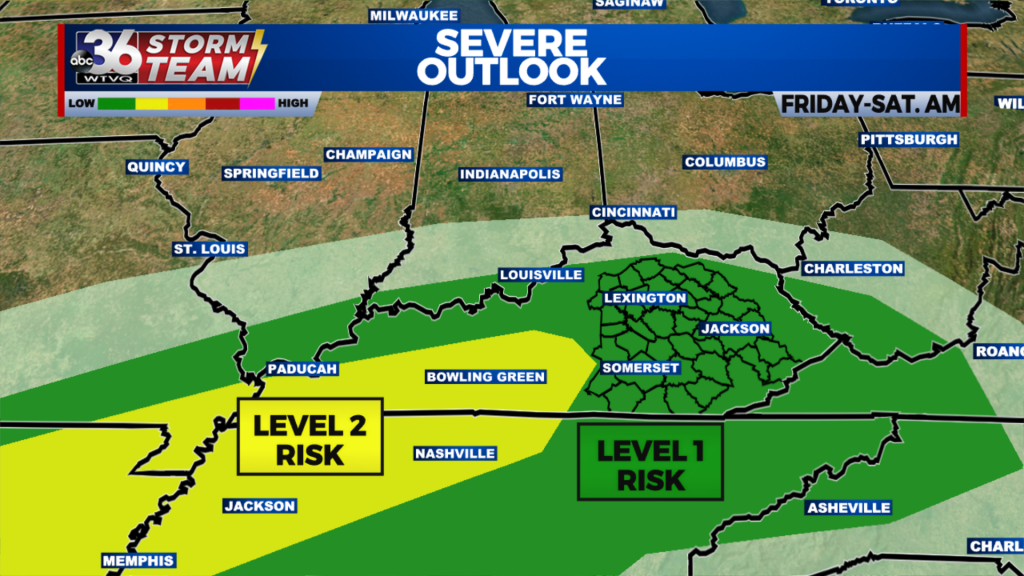 After tonight our attention turns to the New Year’s Eve – New Year’s Day storm system that we have been mentioning all week. A passing warm front will be increasing rain chances increase late New Year’s Eve and will continue into early New Year’s Day. Localized flooding will be the main concern with this round of showers and storms. A few strong-to-severe thunderstorms will also be possible, with damaging wind gusts being of greatest concern. Large hail and even a tornado or two cannot be ruled out. A lot of people will be out-and-about late on New Year’s Eve, be sure to stay extra careful on the roadways due to the added risk of heavy rain and strong storms. 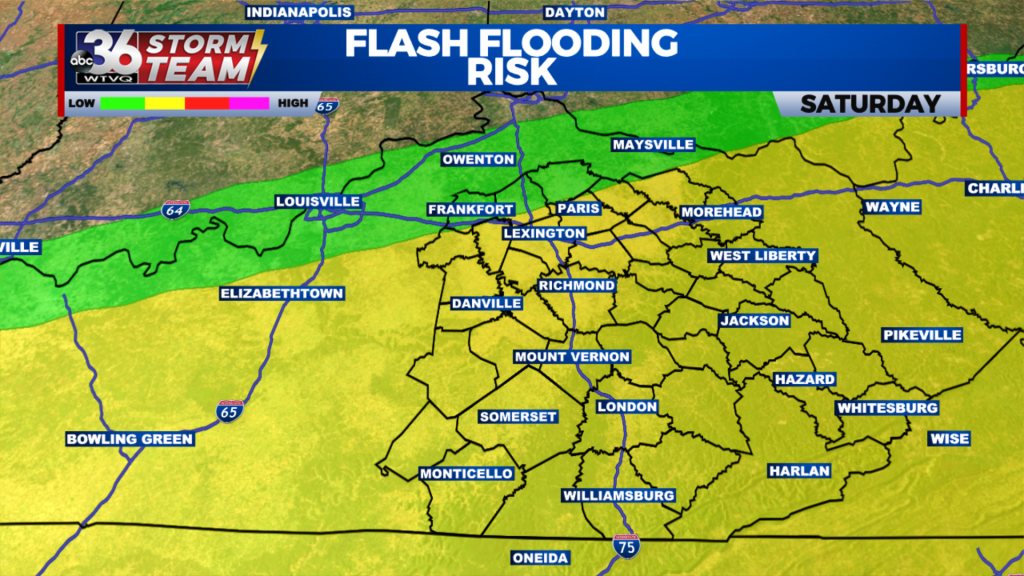 There may be a break in the the precipitation during the day on the Saturday before the warm front and the cold front from the system. The longer the break in between the two and the more sunshine that we receive, could rule strong-to-severe storms to form out ahead of the front. Torrential downpours, damaging wind gusts, and even a few tornadoes will once again possible during this time. The greatest chance for severe weather will be in southern Kentucky where there is a Level 2 (Slight) Risk for severe weather. Areas north of Somerset are included in a Level 1 (Marginal) Risk. Stay tuned for updates on the severe weather threats through Saturday, as there is still time for things to change. 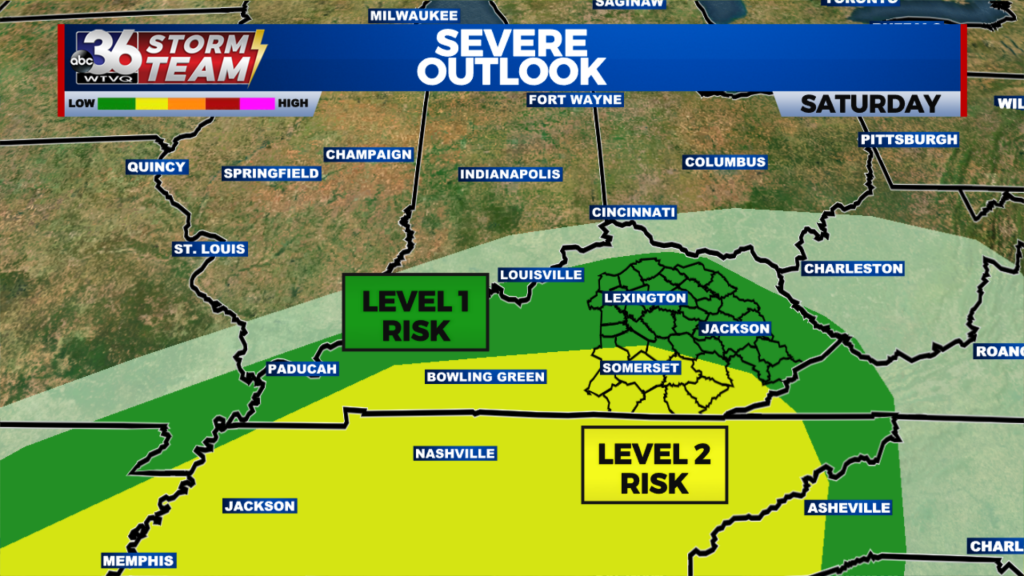 Behind the chance of severe weather, wintry weather will be possible Sunday. A changeover from light rain showers to snow showers is possible on Sunday. Any accumulation will likely be in eastern Kentucky but snow showers will still be possible here in the central Kentucky. There is also a lot of uncertainty with this side of the system as well, so stay with the ABC 36 storm team for more details.