BY Miguel Marquez and Bonney Kapp

HAZARD, Ky. (CNN) – Billy Couch didn’t think much about Covid-19 until he got it and it sent him to the hospital.

The unvaccinated 42-year-old has been at Appalachian Regional Healthcare’s largest facility in Hazard, Kentucky, for 19 days now, struggling to breathe.
“Don’t mess around ’cause this ain’t a joke. This is not fun and games,” he told CNN. “I want to go home. But I can’t go home ’cause I can’t breathe still. This is not a game at all, when you sit here and you can’t breathe and you feel like you’re gonna die.”
Couch, who had two strokes and is retired, said he had a real struggle with the virus.
“It’s bad to the bone,” he said from his hospital bed in the Covid intensive care unit.
Couch said people need to take measures to protect themselves, such as social distancing, staying home and washing their hands so they don’t get the virus, which has infected more than 600,000 people in Kentucky and is surging again.
Couch admits he paid no attention to the virus before he got sick. He doesn’t know how he got infected and he stayed home for eight days before coming to the hospital.
Now that he’s been very sick for more than 20 days he plans to get the vaccine and said he’s telling his friends and family to do so. Some of his kin have gotten their first dose and are waiting on a second, he said.
While the virus was rough on him, Couch said he never needed a ventilator.
But many patients delay going to the hospital for so long that by the time they get to ARH, they have no choice.
The hospital, though, doesn’t have enough ventilators, said the Director Of Respiratory Therapy Rikki Cornett.
“We are running short on ventilators,” she said. “We’re running short on supplies. I’m borrowing supplies from our sister hospitals almost every day.” 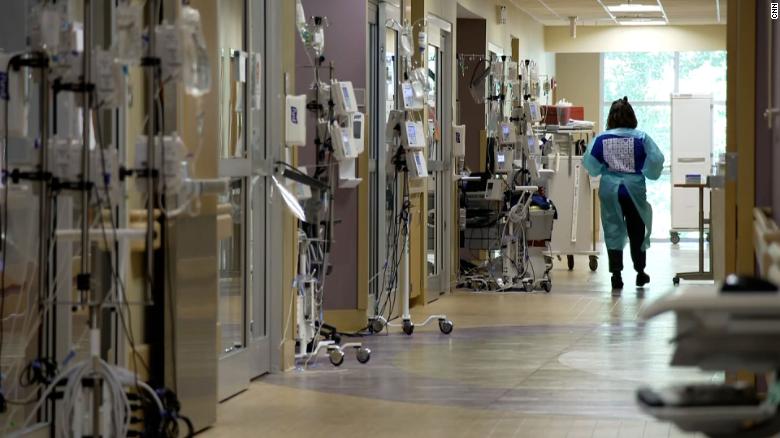 A hallway in the Covid-19 ICU at Appalachian Regional Healthcare in Hazard.
And staffing is short, too.
The hospital system needs 170 nurses to open up extra beds. Nurses are working longer hours and doubling up on patients just to keep up.
“One respiratory therapist should comfortably have four ventilator patients. Right now I have seven to eight patients per respiratory therapist,” Cornett said.
The job has never been tougher on the doctors and nurses. Cornett said she catches nurses crying and she has to shed tears when she goes home after a shift.
There are no ICU beds available in any of the ARH’s 13 facilities, said chief medical officer Dr, Maria Braman. And 35 patients are being kept in the emergency departments until an ICU room opens up.
It’s so bad the entire hospital system has only three non-ICU beds open.
“It’s been very, very hard. I get emotional because it is our community,” said Wanda Combs, who has been a nurse for about 30 years and manages the nursing staff in the Covid ICU and the cardiovascular unit. 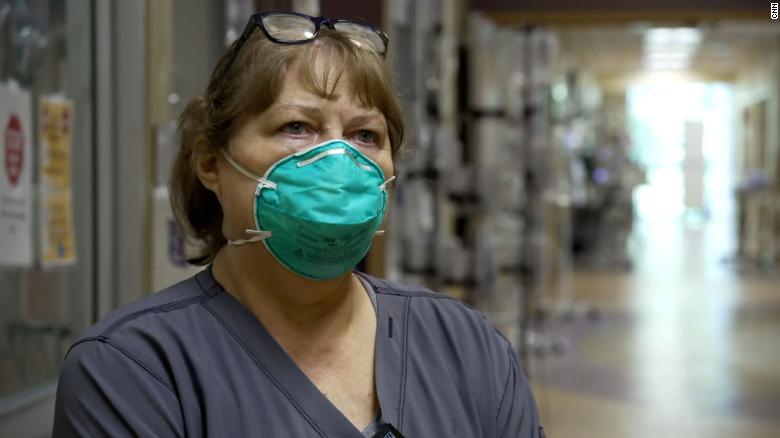 Wanda Combs said nurses on her team are working harder than ever.
“ICU nurses work very hard. They work very hard every day but you can usually see a difference … With this, they work just as hard, or harder, and it hurts when you don’t see a difference,” she said, as he eyes welled up.
Some families are having to come to grips with the fact that their loved one is going to die, Combs said. “It’s hard for them to realize, ‘Oh, you mean this is the end. This is really the end?'”
More than 18 months into the pandemic, the virus has come roaring back in Kentucky. And patients are sicker and harder to treat, staff said.
And there’s another major difference.
“We’re seeing much younger patients than we did before,” said Jason Higgs, a registered nurse in the Covid-19 unit. “I have patients that are from 20 years old today up to 75 years old. It attacks everyone. It’s not limited to one age group.” 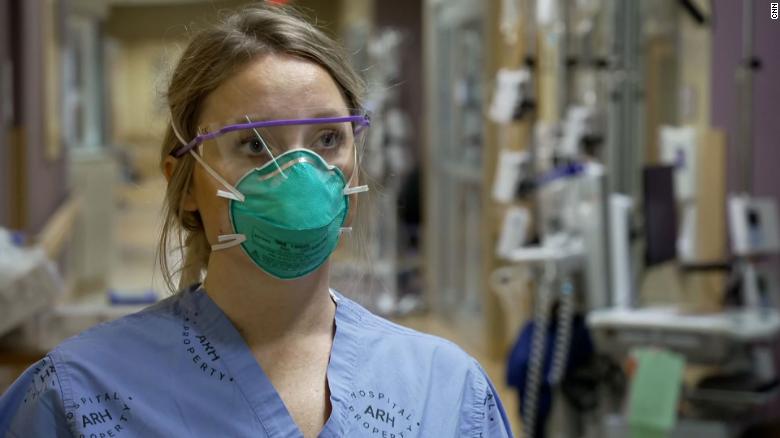 Nurse Carolyn Eddington said the virus is destroying her town.
The virus has pounded Hazard, a city of about 4,500, and the surrounding area of Perry County. Perry has one of the highest per capita rates of new coronavirus cases in the country, according to data from Johns Hopkins University.
“It’s destroying us,” said nurse Carolyn Eddington. “I mean, everybody’s getting it. Everybody’s getting sick.”
She took a pause to gather her emotions. “We’re just seeing a lot right now.”
Categories: Featured, Local News, News, State News
Tags: appalachian regional health, COVID, Hazard