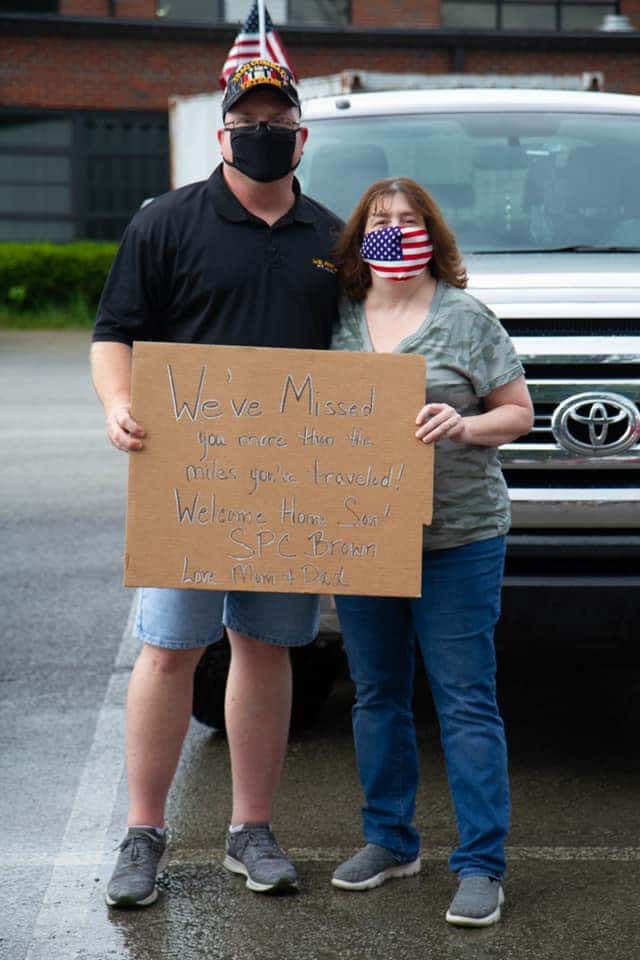 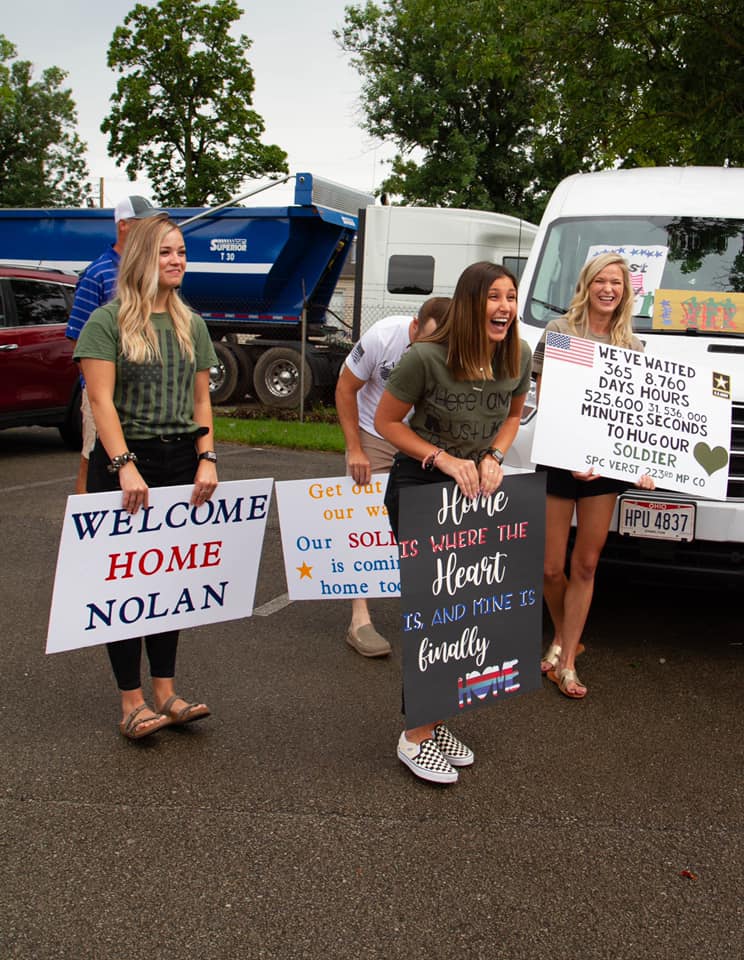 family Saturday to welcome home the 223rd Military Police Company from a year-long deployment at the Kentucky National Guard’s Buechel Armory in Louisville.

Due to COVID-19 concerns, there was no formal ceremony. Soldiers arrived via bus to the armory where their families were waiting to greet them.

More than 120 Soldiers deployed on August 23, 2019 to provide Military Police support to 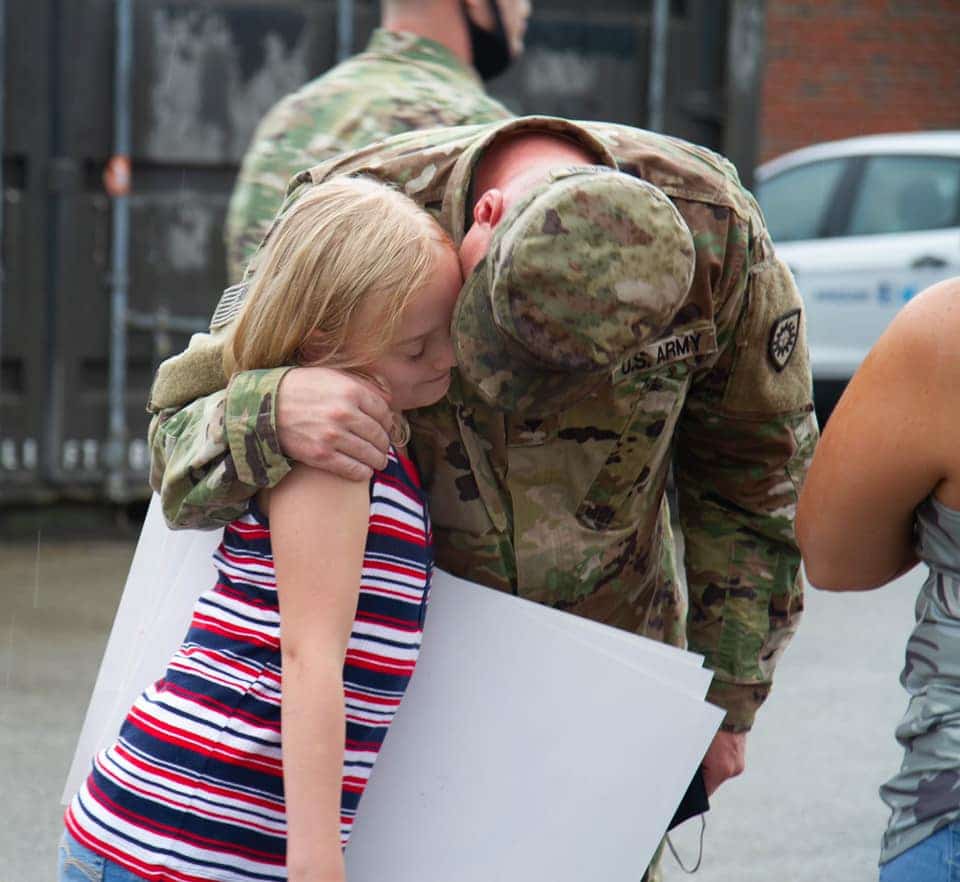 The Louisville-based unit was last deployed in 2008-2009 to Baghdad, Iraq in Support of Operation Iraqi Freedom.