GRAVES COUNTY, Ky. (WTVQ) – The Graves County Sheriff’s Office is trying to help a current inmate with a special request, after the inmate was bestowed an award for heroic work during the deadly December tornado.

According to Sheriff Jon Hayden, Marco Sanchez is an inmate at the Graves County RC Center and is scheduled for release on March 1. Sanchez was on a work detail at the Mayfield Candle Factory the night of December 10, 2021.

Earlier this week, Sanchez was presented with the Sheriff’s Meritorious Award. Sheriff Hayden said the recognition was for, “a man, who went above and beyond.”

According to Sheriff Hayden, Sanchez was inside the candle factory building when it collapsed. Suffering from a broken leg and cracked ribs, he managed to crawl out to safety.

“Mr. Sanchez after freeing himself, with a broken leg and cracked ribs, unselfishly went and found tools and other items and returned and re-entered the rubble and render aid to those injured and freed several others, quite possibly saving human lives,” said Hayden. “At some point afterwards, he along with several other injured people caught a ride with a volunteer firefighter to the emergency room. After several hours of receiving treatment for his injuries and a leg cast, he was released from the hospital.”

But Sanchez didn’t just leave. Sheriff Hayden says Sanchez told a state trooper at the hospital that he was an inmate and needed to turn himself in.

“The trooper told him that with everything going on, that he was not in a position to help him at that moment, and to do the right thing,” explained Hayden. “Mr. Sanchez found a shuttle bus that took him to a shelter that had been put in place, after he learned that the jail had been destroyed. Once arriving at the shelter, he was put in contact with jail staff whom at that time took him back into custody.”

Sheriff Hayden says they made the sentencing Judge, McCracken Circuit Judge Tim Kaltenbach, aware of Sanchez’ actions, and a hearing took place last week in McCracken Circuit Court. According to the sheriff’s office, the Judge determined Sanchez only had 14 days to serve remaining on his sentence. But instead of receiving a shock probation on his sentence, Sanchez chose to complete his sentence, and is scheduled for release on March 1, 2022.

“Mr. Sanchez had a lot of decisions to make that night. He could have made the decision to only save himself, but he didn’t. His actions likely resulted in other lives being saved,” said Hayden. “The series of decisions he made over the next several hours were the right decisions and we applaud you for that sir.”

In addition to the award, the Graves County Sheriff’s Office is helping Sanchez look for a reliable vehicle.

Anyone who would like to help, can send a donation to: Mayfield-Graves County Tornado Relief Fund PO Box 9 Fancy Farm, Ky 42039. You should make a note the donation is for Marco Sanchez. Donations also can be dropped off at the Independence Bank located at 100 East College Street Mayfield, or the Graves County Sheriff’s Office at 1102 Paris Road Suite 6.

The sheriff’s office says temporary housing has been established for Sanchez and they hope he’ll be able to find a vehicle as he looks for work.

“We hope someone will take a chance on him and give him an opportunity to start a new life. He is a hard worker, as he has been assisting county government in moving offices since the tornado, and he is a very humble man. We wish him the best and applaud him for his sense of humanity,” said Sheriff Hayden.

The heroic work by Sanchez has spread to news outlets across the country and has also helped him find long lost family members.

Sheriff Hayden says he was contacted by a woman in Arizona, who saw the stories on social media, “She inquired about the date of birth of Mr. Sanchez stating that she thinks that he could be her brother, whom their family had lost touch with some 20 years ago. It was determined that he was her brother.”

According to the sheriff, arrangements were made for him to be able to reunite with his sister, and her two daughters whom he had never met. The meeting was conducted via zoom with video. 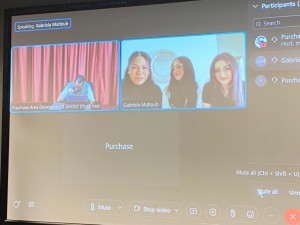