GEORGETOWN, Ky. (WTVQ) – “When one of us goes down we all share in the sorrow” said Chief Bosse.

Losing someone is hard, but especially when you don’t see it coming…and that’s exactly how it’s been for those at the Georgetown Police Department…losing one of their own so suddenly.

Lieutenant Gary Crump died June 30th…the police department did not release a cause of death, but says it was unexpected.

Crump’s police cruiser was parked in front of the Georgetown police station as a temporary memorial to honor him and his service.

“I think he’s just a great guy, he was a promoted to Sergeant and later promoted to Lieutenant, so he had shown his leadership abilities and he was the head of our CIS, Criminal Investigation Section, so he led the group of men and women who investigate crimes in the city of Georgetown.”

He added that Crump leaves behind a legacy of professionalism.

“The cases, the quality of cases that they present, I think he’s responsible for all of that, keeping those standards high”

The visitation as held at Harrison County High School. The Funeral will take place there at 11 A.M. July 6th.

According to Ware Funeral Home in Cynthiana which is handling the arrangements, visitation is 5-8 p.m. Monday, July 5, 2021 at Harrison County High School.

Crump’s police vehicle remains outside the Georgetown Police Department, serving as a memorial to his service.

Lieutenant Crump was in charge of the Georgetown Police Department Criminal Investigations Section and had been with Georgetown PD since 2004.

Lieutenant Crump’s car will be parked in front of the PD as a temporary memorial.

All are invited to leave flowers or other items to honor his service and memory.

Funeral arrangements are pending and will be announced when the details are finalized. 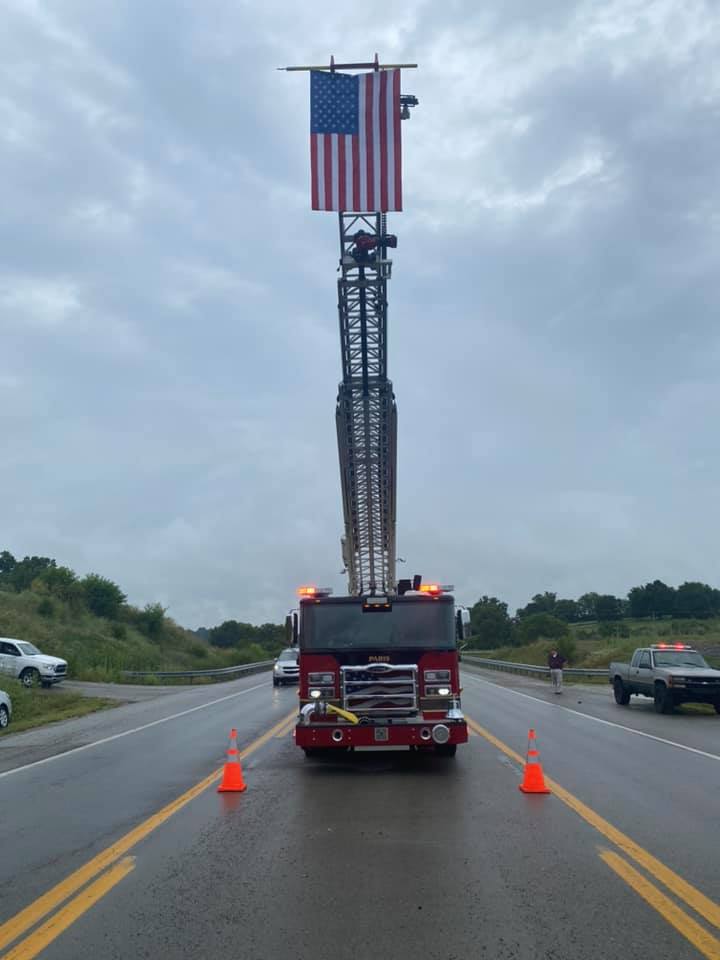 Cranksgiving donations to be accepted all week