FRANKFORT, Ky. (WTVQ) – A Franklin County was on Friday was sentenced to 30 years in prison for killing his ex-girlfriend, according to the Frankfort State 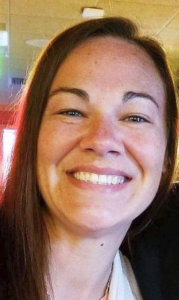 The report says 41-year- old Derek Garten was sentenced to 30 years for murder, five years for tampering with physical evidence and a year for violating a Kentucky Emergency Protective Order/Domestic Violence Order.  The sentences are to be served concurrently, according to the report.

In August, he pleaded guilty but mentally ill to shooting and killing 39-year old Margaret “Meg” Smith at her home on Meadow Glen Drive in West Frankfort on July 3, 2018, according to the report.

The day before she was murdered, Smith contacted authorities after Garten posted threatening messages on her social media account.

While on the run from authorities, Garten burglarized a home in Owen County the day after the murder, according to the Owenton News Herald.

Two days later, Garten holed-up in the Bryan Station Inn in Lexington, where he was eventually taken into custody without incident after an hours-long standoff, according to Lexington Police.

Garten is currently jailed in the Scott County Detention Center.

From Carr Creek and Cave Run to Wolf Creek, area projects get Corps $$$