A cold front will move into the region on Tuesday and slowly traverses the Bluegrass State. Heavy rainfall that may lead to flooding is possible.

With all the talk about flooding lately, there has not been much focus on the temperatures. Monday is the exception. With limited coverage in showers and thunderstorms and plenty of humidity, feels like temperatures have soared into the upper 90s to low 100s. If you’re out this evening, be sure to dress in light-colored clothing and drink plenty of water. 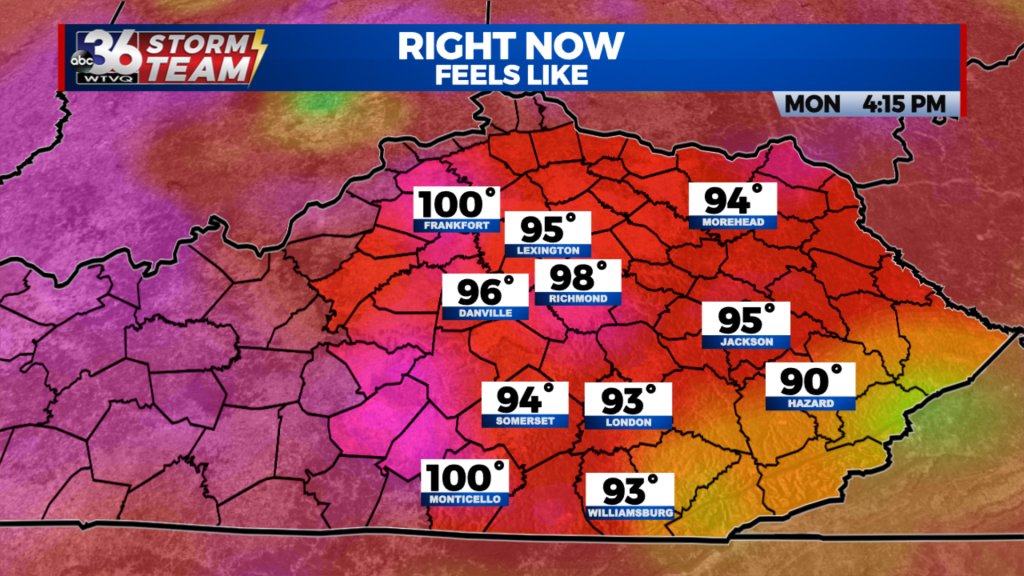 Overnight tonight, a well-advertised cold front will begin to move in. Isolated showers and thunderstorms are possible, but the heavy rain won’t kick in until Tuesday afternoon. The ground is highly saturated and won’t be able to take much water. A Flood Watch is in place for almost all of central and eastern Kentucky from Tuesday afternoon through Wednesday afternoon.

Anyone who lives in flood-prone areas must have an evacuation plan in place and know exactly where and how you will get to higher ground. This plan should not be limited to just those in eastern and southeastern Kentucky. 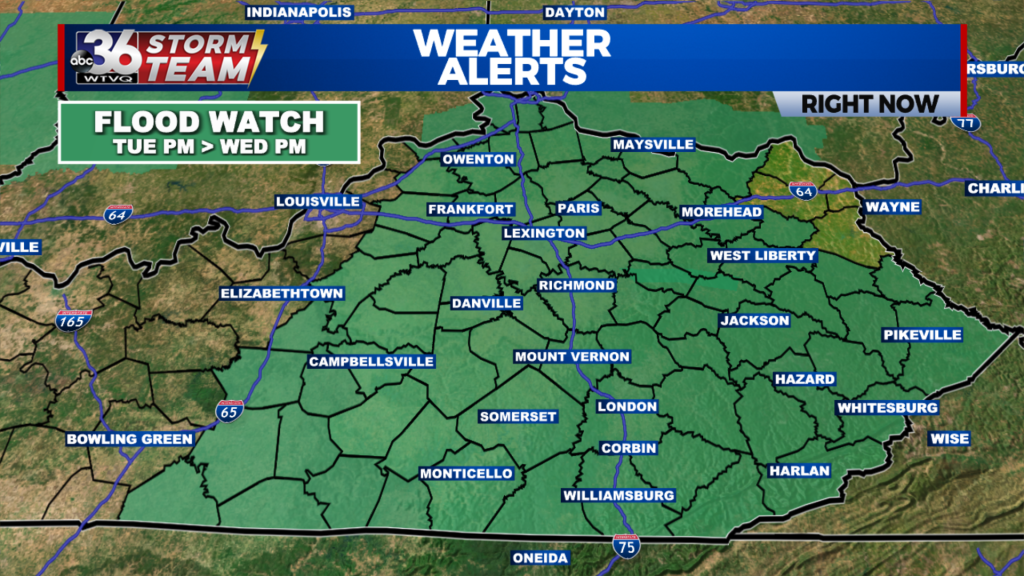 Showers and storms ramp up in coverage afternoon lunchtime on Tuesday and continue through the evening. There may be some dry time overnight into Wednesday, but that looks to be short-lived with the return of heavy thunderstorms by Wednesday afternoon. 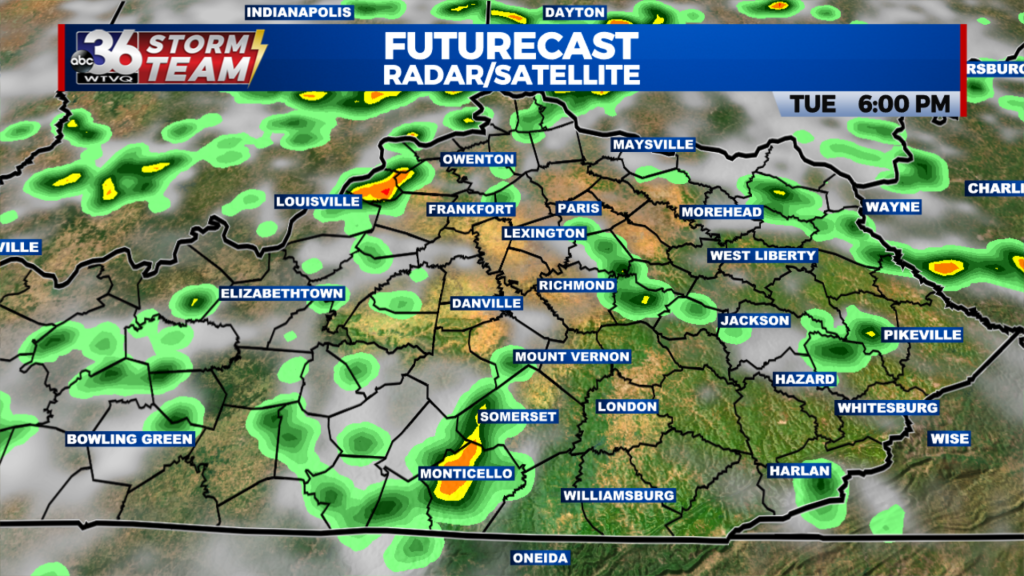 By Thursday, the front will have cleared the region, and we will turn much drier. Most locations can expect to pick up between 2-4″ of rain with this system, with locally higher amounts of 5″ or more. 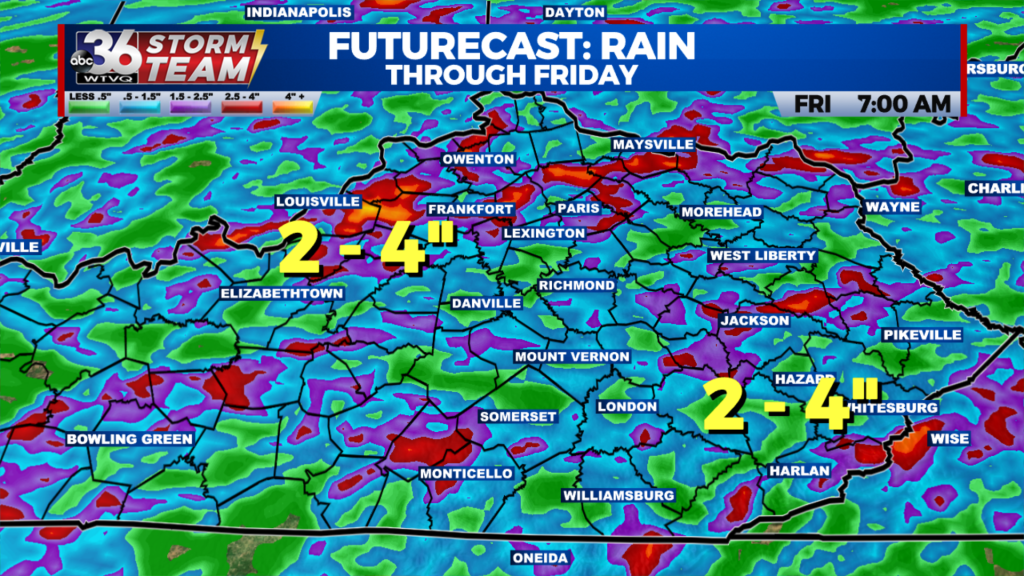 A long-awaited break in the rain will arrive by next weekend. The weather looks like some of the best we’ve had in weeks, with comfortable temperatures and no rain. 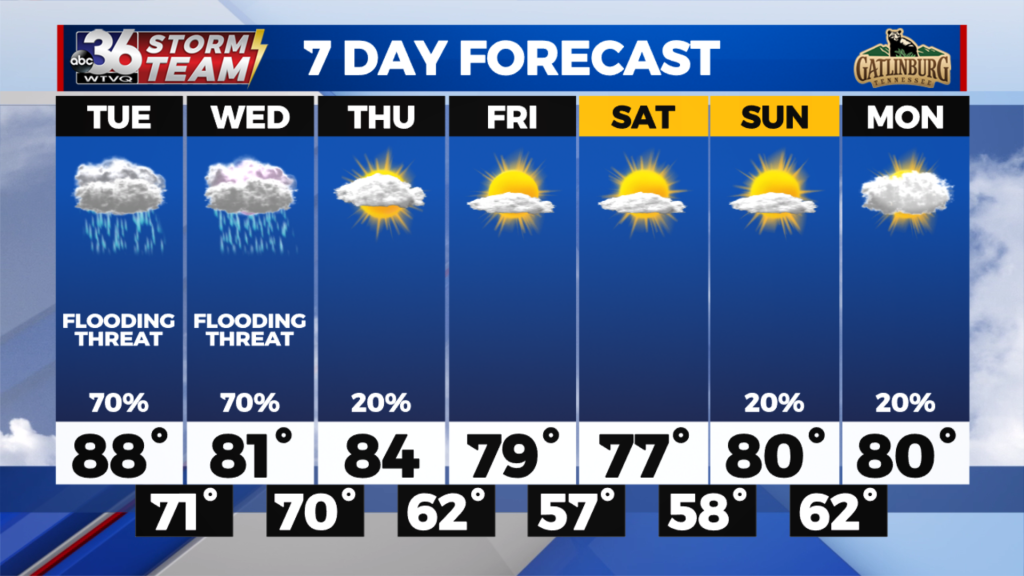