Flight from Atlanta to Lexington delayed, passenger refused to wear a mask

ATLANTA, Ga. (WTVQ) – A Delta flight from Atlanta to Lexington’s Blue Grass Airport was delayed Monday afternoon when a passenger refused to wear a mask, according to the airline.

Flight 1088 had to return to the gate in Atlanta where the passenger voluntarily got off the plane, which led to a delay of approximately 30 minutes around 2 p.m., according to Delta.

Passengers are required to wear a mask on public transportation, which includes commercial flights.

“We apologize to our customers for the delay on Delta flight 1088 which returned to the gate due to a customer not complying with the federal mask mandate. The customer deplaned voluntarily and the flight departed approximately 30 minutes behind schedule.”

Father Jim Sichko, a Papal Missionary of Mercy based in the Catholic Diocese of Lexington, was on the flight. He posted to social media, “Don’t get on the airplane if you aren’t going to be compliant with the mask policy.” 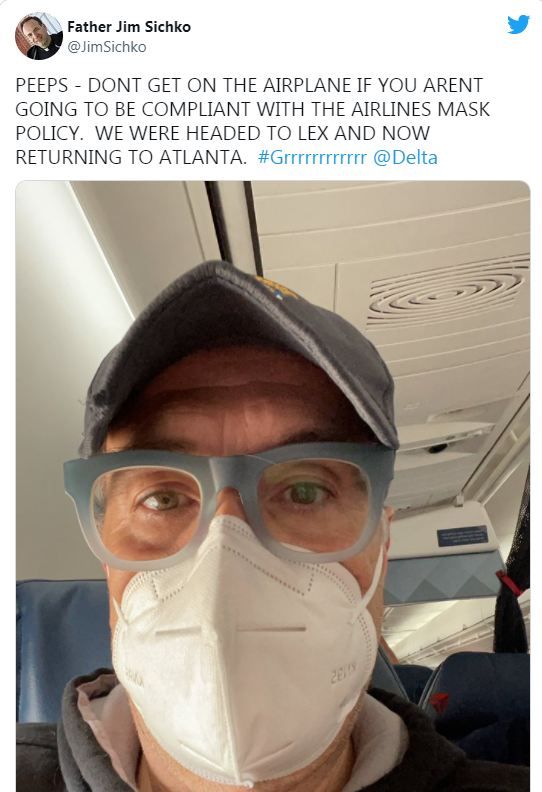