LEXINGTON, Ky. (WTVQ) – Two of five people suspected of being involved in a shooting 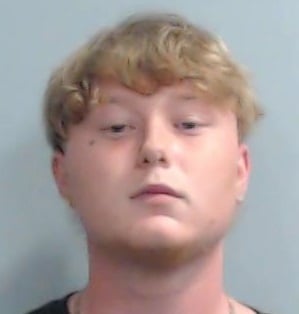 Those records show 18-year-old William Rutherford was the driver of a 2009 Dodge Charger that was stopped not far from the scene of the shooting in the Versailles Road-Alexandria Drive area.

A passenger in the car, 20-year-old Bryan Anicasio-Miranda is charged with possession of marijuana, receiving a stolen firearm, and possession of a firearm by a convicted felon, according to jail records and arrest citations.

The other three people involved have not been named by police or bonded out of jail early Monday.

LEXINGTON, Ky. (WTVQ) – Police say five people have been charged for their involvement in an overnight shooting in Lexington.

According to police, an officer was driving near Versailles Road and Alexandria Road just before midnight when he heard what he thought were people shooting at each other in two cars.

Police say the officer followed one of the cars, which fled but eventually came to a stop at Viley Road.

According to police, there were five people in the car who were all charged. Their names and charges have not been released at this time.

No damages or injuries have been reported, according to police.

Police say the other car involved has not been located.