CLAY COUNTY, Ky. (WTVQ) – A wildfire has damaged 60 acres and continues to burn in the 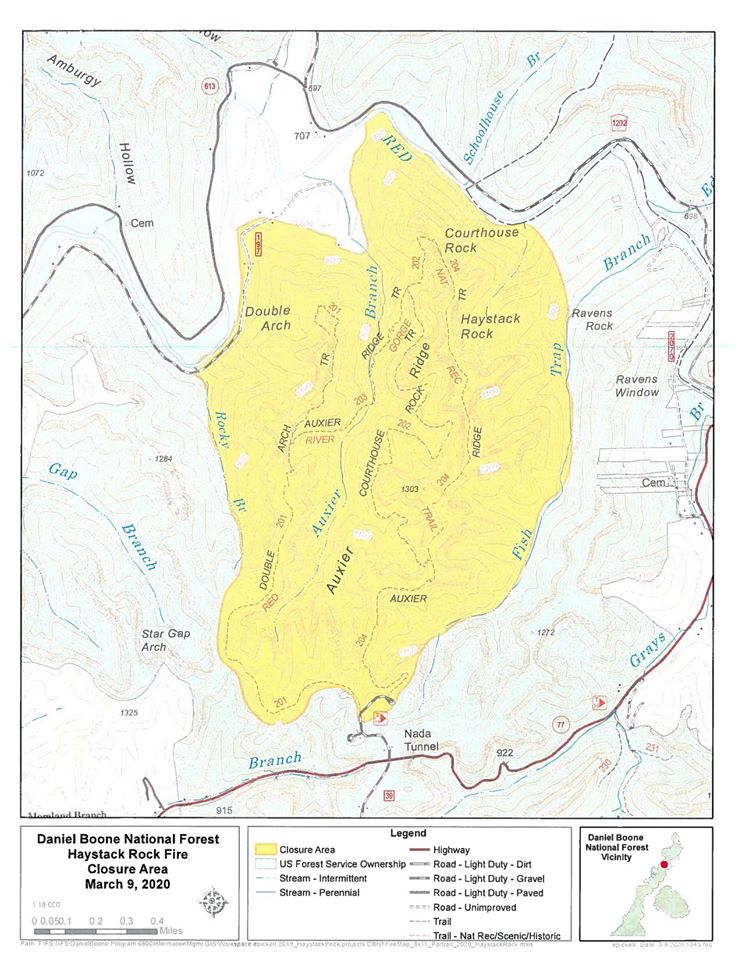 Auxier Ridge area of the Red River Gorge off the end of Tunnel Ridge Road, according to the latest information from rangers in the Daniel Boone National Forest.

Fire crews have been battling the blaze, called the Haystack Fire, for more than two days.

A large area (see yellow area on map) is closed to everyone but firefighters and emergency responders. A gate entering part of the area from Tunnel Ridge Road also is blocked.

“The closure will be lifted once firefighting operations are complete and trails in the area have been assessed for public safety,” rangers said in a statement. 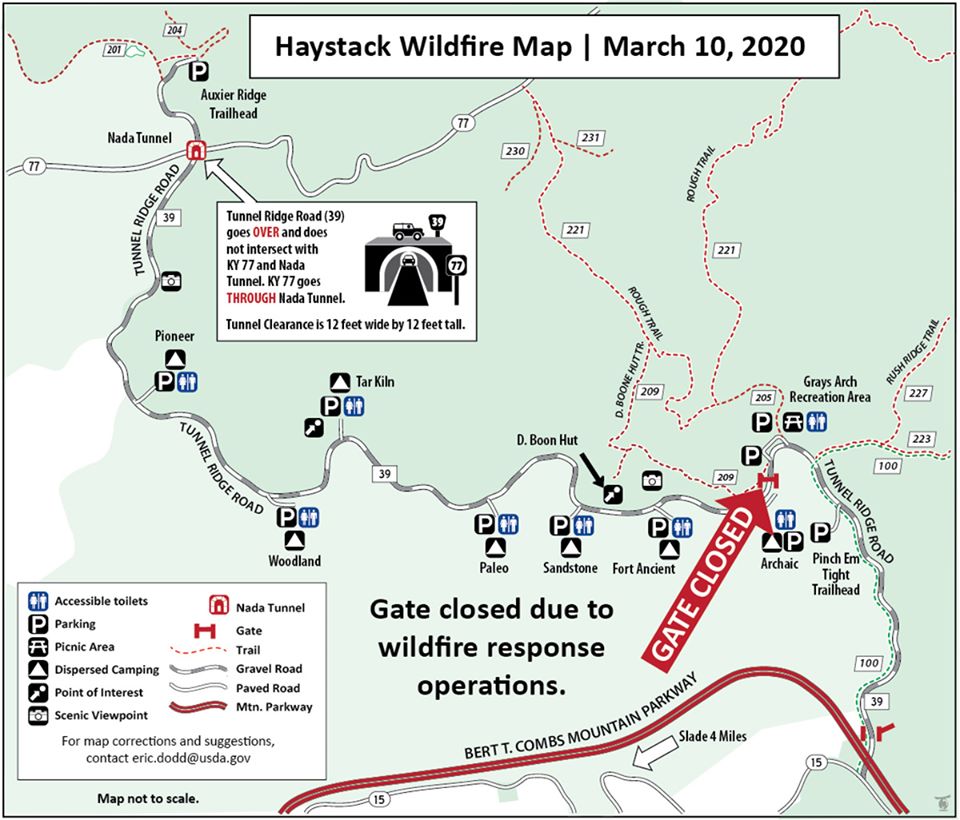 “In spite of recent rainfall, the fire is not considered contained or controlled at this time,” the rangers said as of about 2 p.m. Wednesday.

It was the second major fire in that area in the last decade.

The cause of the fire is under investigation. Escaped campfires are the most common cause of wildfires in the Red River Gorge, but lightning strikes have also been known to cause wildfires in this area.

Franklin County Schools out rest of week due to COVID