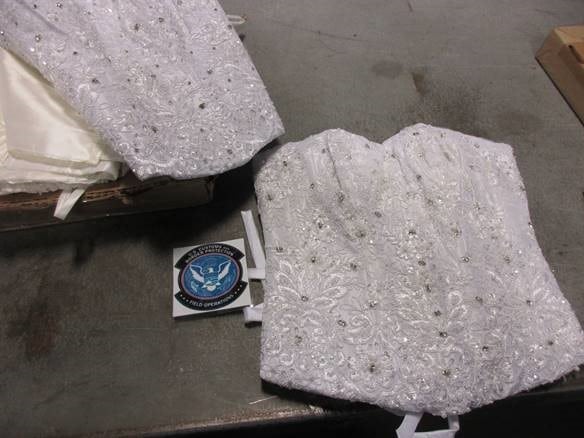 pounds of the lethal narcotic fentanyl.

The latest seizure was on August 29, when CBP officers detained a shipment arriving from Mexico manifested as four corsets. When officers inspected the items, two of the corsets were thicker and stiffer than the others.

The shipment was destined for a residence in Brooklyn, New York. This parcel contained 700,000 lethal doses of the dangerous narcotic, and had a street value of at least $42,000.

“CBP is very concerned about the increase we are seeing in shipments of fentanyl,” said Louisville Port Director Thomas Mahn. “CBP’s Office of Field Operations has already surpassed last year’s total of fentanyl that was seized by 300 pounds and we still have two months to go. This is a very dangerous drug that needs to be kept off the streets.”

Fentanyl is an extremely toxic substance to handle in addition to being a dangerous narcotic to use. Officers are extremely careful when confronted with this substance, which again demonstrates the risk CBP officers face performing their daily duties.

Fentanyl and its analogues are synthetic opioids that bind to and activate the opioid receptors in the brain creating analgesic and euphoric effects. Compared to other opioid medications, most types of fentanyl are extremely powerful.