Family looks into accidental drowning of loved one

FRANKFORT, Ky. (WTVQ) – A Franklin county family is speaking out and is hoping for answers about the death of their loved one.

In September, 45 year old Bryan Cox was found dead near the Kentucky River. The coroner says it was an accidental drowning.

When Cox was found dead his mother and sister were devastated. Since his death, they both say they’ve received phone calls and text messages about what happened and it’s leading them to believe it wasn’t an accidental drowning.

“It wasn’t right. I knew something was wrong,” said Tabitha Cox, Sister.

Tabitha and her mother say about half a dozen people have come to them with information and they believe Bryan’s death was a murder.

They aren’t saying why they think that because they want to protect their family. They did say they’ve shared the information with police.

Police say they still officially think the death was an accident, but they’ll reopen the case and follow up on any substantial leads the family brings. 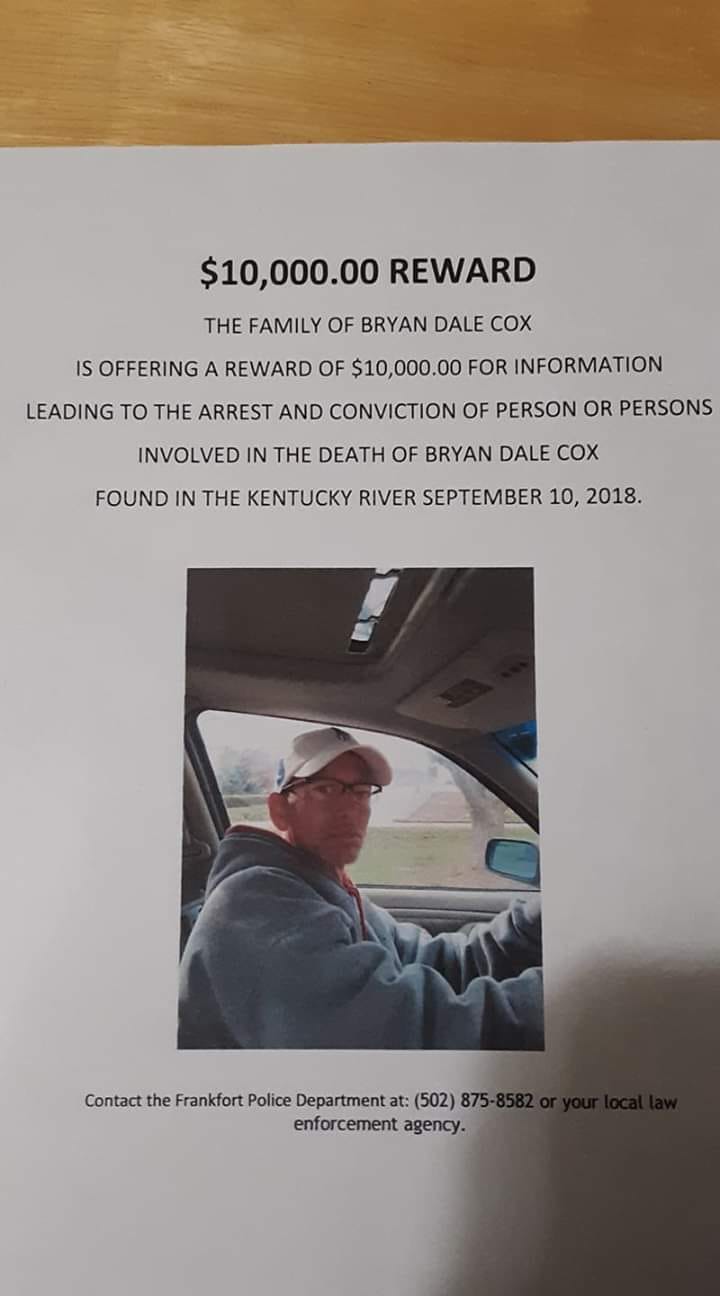 Clearing Out, But Cooler Finish to Weekend