Festival rescheduled to Saturday, March 19, from 11-5 p.m. at Moondance Amphitheater

“We’re really excited to have the opportunity to partner with parks and rec and be here today and save St. Patrick’s Day. We’re looking forward to being back downtown in 2023 with our festival and with our parade,” said Bluegrass Irish Society President Megan Moloney.

The St. Patrick’s Day Parade was unable to happen this year due to winter weather, but is expected to be back again next year.

UPDATE: (3/17/22) – Thursday may be the official St. Patrick’s Day holiday but in Lexington, festivities are scheduled for Saturday.

While the parade has been postponed until next year, the Shamrock Shuffle 3K benefitting Habitat for Humanity will kickoff Saturday at 8 a.m. at Fasig-Tipton. The festival will take place from 11 a.m. until 5 p.m. at Moondance Amphitheatre.

Lexington police want to remind everyone to celebrate responsibly, to not drink and drive, to wear a seatbelt, have a designated driver and just be cautious while driving.

UPDATE: (3/10/22) – The annual Lexington St. Patrick’s Parade has been cancelled and the festival has been rescheduled.

The Bluegrass Irish Society announced Thursday that a winter storm watch for bitterly cold temperatures and snow on Friday into Saturday will cancel the parade scheduled for March 12.

The Irish festival featuring arts, crafts, food vendors and entertainment will be Saturday, March 19, from 11-5 p.m. at Moondance Amphitheater.

This year’s parade grand marshal, Deirdre Lyons, will be honored at the festival on the 19th.

UPDATE: (3/7/22) – The annual Lexington St. Patrick’s Parade and Festival returns to downtown Lexington on Saturday, March 12, after a two-year hiatus.

According to organizers, one of the event’s original supporters will be honored as its 2022 parade grand marshal. Deirdre Lyons, co-founder of Alltech, will lead the annual celebration. The partnership between Alltech and the Lexington St. Patrick’s parade is longstanding. According to organizers, Lyons and Alltech have been ardent supporters since the first parade in 1980. 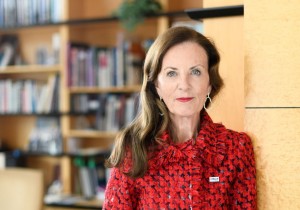 You can read more about Lyons background HERE.
Organizers have also announced this year’s festival lineup with Tuatha Dea headlining.
The 2022 festival lineup is as follows:

The parade is the longest-running citywide civic event in Lexington, according to organizers.

The 16th annual Shamrock Shuffle 3K, presented by Stantec, will kick off the all-day celebration beginning at 8 a.m. at Fasig-Tipton. It’s $30 to register and prices increase after Wednesday, March 9. The run/walk benefits Lexington Habitat for Humanity. There is also a virtual 3K option. You can register and find more information HERE.

Following the race, at 10:45 a.m., the annual “Blessing of the Keg” will take place at the Alltech tents at the Robert F. Stephens Courthouse Plaza. The parade begins at 1 p.m. and goes down Main Street from Midland Avenue to Mill Street.

LEXINGTON, Ky. (WTVQ) – After a two-year hiatus, the Lexington St. Patrick’s Parade and Festival is planning to return to downtown Lexington on March 12. Entry applications for parade participants and festival vendors for the annual outdoor event are now being accepted.

Sponsored by the Bluegrass Irish Society since 1980, the parade and festival are produced by the Lexington Division of Parks and Recreation with community support from local businesses and cultural organizations.

“We’re very much looking forward to returning to downtown Lexington for the St. Patrick’s parade and festival,” said Megan Moloney, the society’s president and parade chair. “We’re optimistic that by March we can gather outdoors and do so in a way that allows our participants and attendees to enjoy the day’s festivities.”

The celebration begins at 10:45 a.m. with the “Blessing of the Keg” at the Alltech tents at the Robert F. Stephens Courthouse, which kicks off a free festival with entertainment from Irish dancers and musicians, as well as food and craft vendors from throughout the region. The parade begins at 1 p.m. on Main Street. (This year the Shamrock Shuffle will be held at Fasig-Tipton.)

The parade celebrated its 40th anniversary in 2019, the last time the event was held in person. After canceling the parade in 2020, the Bluegrass Irish Society hosted a virtual event in 2021, featuring videos from parade and festival participants.