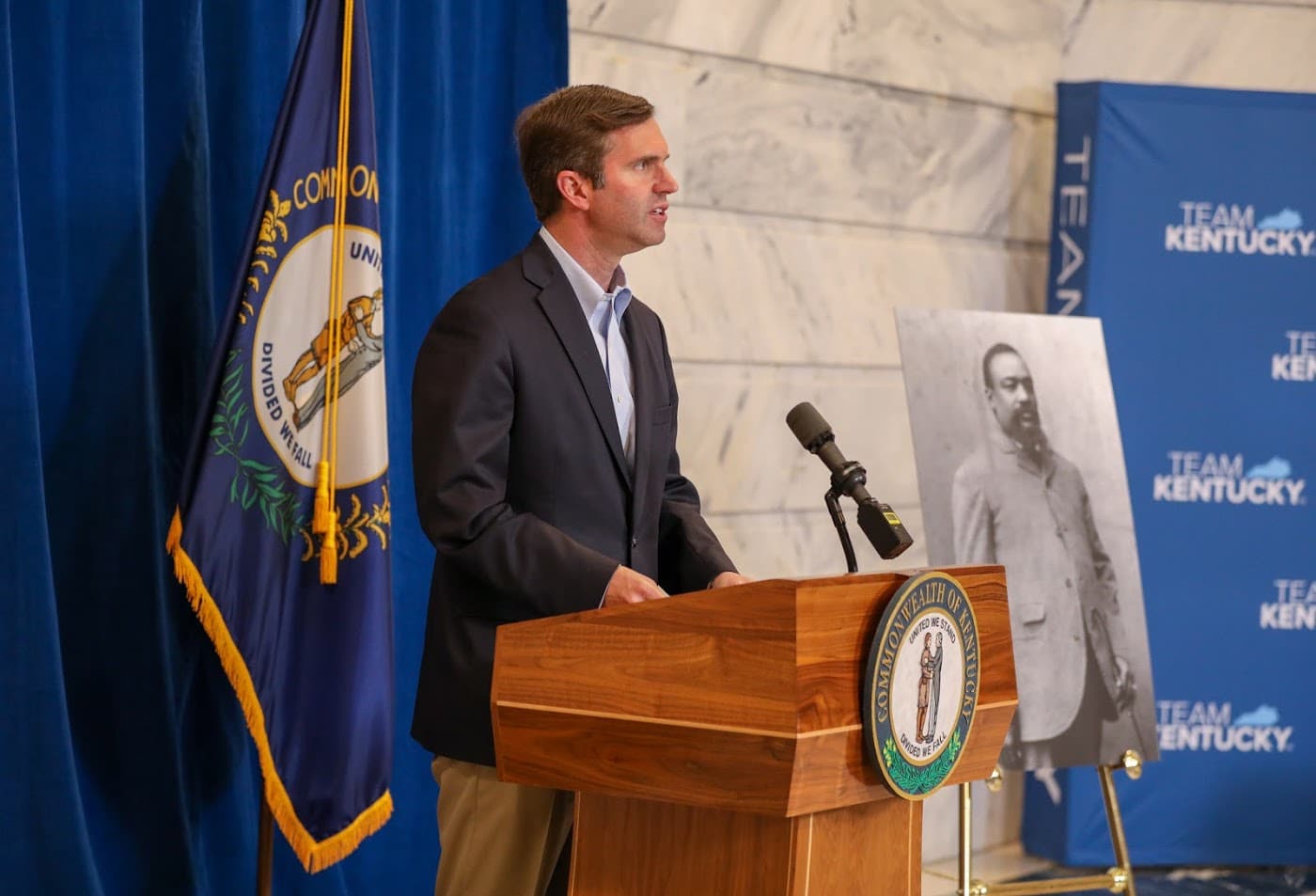 “In the 1800s and early 1900s, the majority of jockeys were African Americans. But, despite their centuries of contributions, after World War I, African Americans were pushed out of the sport,” said Beshear.

“I am proud to recognize the Ed Brown Society, an organization helping right this wrong by 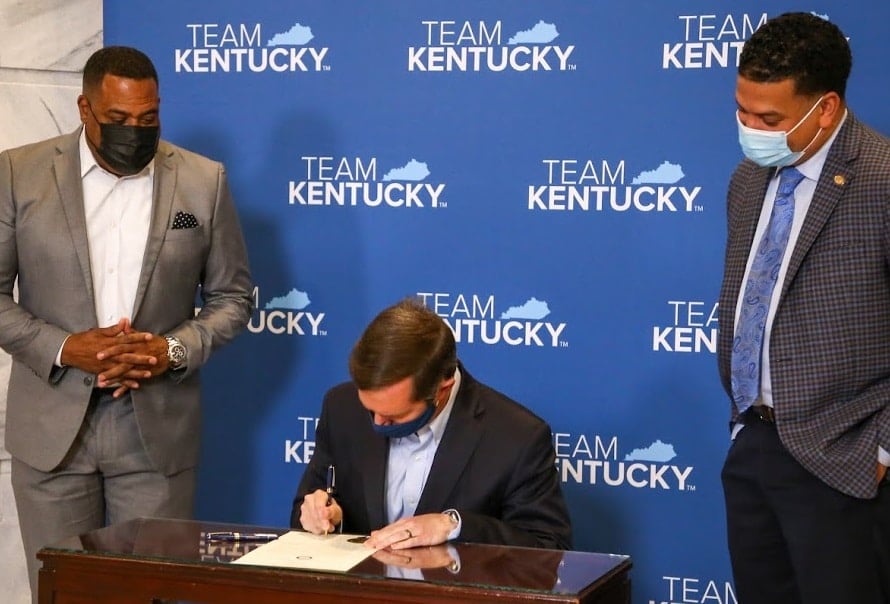 providing mentorship to the next generation of African American Kentuckians in the horse racing industry.”

The Ed Brown Society is named after Edward D. Brown, who was born into slavery in Lexington in 1850, but through his tenacity and love of the sport developed into one of the most accomplished African American horsemen in the history of thoroughbred racing.

Brown was sold at age seven to a proprietor of the horse farm Woodburn Stud in Woodford County. Brown had a small boyhood stature, but gained a vast knowledge of horses, which afforded him the opportunity to become a jockey in his early teens.

At 14, Brown won his first race on a horse named Asteroid. A year later, Brown was emancipated. He continued to work at Woodburn Stud until the proprietor’s death in 1867.

Afterwards, Brown built his career as a top jockey and trainer until he saved enough money to establish his own racing stable, where he owned and trained a number of stakes winners.

Brown’s most distinguished career highlights include two standout victories: He rode Kingfisher to win the fourth running of the Belmont Stakes in 1870, and led Baden-Baden as a trainer in 1877 to win the third running of the Kentucky Derby.

Brown’s important role in thoroughbred racing was confirmed with his 1984 induction into the National Museum of Racing and Hall of Fame.

The Ed Brown Society was recently established to celebrate the rich history of African Americans in the equine industry as well as to create opportunities for young African American Kentuckians.

“At the Ed Brown Society, in our past, we want to acknowledge and educate about the wonderful history of African Americans in horse racing in our great state,” said Ray Daniels, chief executive officer of Equity Solutions Group and president of the Ed Brown Society.

“In the present day, we want to highlight the great jobs and opportunities in the equine industry. We’ve been successful in guiding 30 African Americans into horse ownership in the past few years. And the future for us is to educate young students to make these opportunities in the industry a reality.”

The society aims to increase diversity in thoroughbred racing and its support professions, helping more people pursue a career they are passionate about, and at the same time, helping the equine industry reach its full potential.

For example, as of 2018, African Americans comprised 13.4% of the U.S. population, but made up only 1.7% of veterinary employment, a statistic the society wants to help improve.

Through partnerships with industry stakeholders and educational institutions, the Ed Brown Society has the opportunity to ensure the horse racing industry is well-positioned culturally and economically to create a stronger, more diverse pipeline of talent for the future.

Franklin County Schools out rest of week due to COVID